Perspectives on Simultaneously Being a Medical Student and a Patient

During my pathology rotation as a third-year medical student, I had the opportunity to examine many patients' slides under the microscope. This allowed me to study and understand diseases in ways different from how I had often done during my previous rotations. I appreciated the various architectural patterns of cells, blood vessels, and tissues strewn across slides as I directed the microscope into focus. I often thought about how these specimens were obtained from human beings—people searching for answers and diagnoses to guide their treatment. The slides that met my eyes one morning, however, were unlike all the others: they were my own.

About 6 months prior, I was a patient on the operating table. I trustingly agreed to let a surgeon cut into my body so that the pathology aberrantly growing inside me could be removed and examined under the microscope. In the months leading up to this, I had also been a patient undergoing a biopsy as well as a patient undergoing an ultrasound. I was such a person searching for answers and a diagnosis.

Throughout my experience as a patient, I was constantly reminded of my simultaneous role as a medical student. This had its pros and cons. I happened to just begin my coursework in the organ system block relating to my pathology at the time that it was first discovered. As I watched my class lectures describing various pathologies of this organ system, I could not help but devise lists in my head of the pertinent positives and negatives for each disease. I could identify pertinent positives for the more malignant ones as well. When I learned that a certain disease largely affected elderly individuals, namely in their 60s, I thought to myself that perhaps my 26-year-old self could be an exception. I was after all taught that medicine is no perfect science and there are exceptions to every rule. My mind's gears never stopped churning. I wondered and feared what my diagnosis was, and I referenced my recently received medical information to facilitate this process.

While waiting for my ultrasound to begin, I overheard one technician whisper to the other, “She's a medical student.” I interpreted this to mean that she was encouraging her colleague to exhibit the utmost medical professionalism. I was, in fact, acutely aware of my surroundings.

When the radiologist performing the ultrasound then entered the room, I reminded him that I was a medical student. I stated that I wanted him to talk to me and to treat me like one. At the end of the procedure, he explained that, unfortunately, he could not give me a singular diagnosis because more information was required. The ultrasound was inconclusive. I sought to know and understand the differential diagnoses on his list at this point. He proceeded to explain the diseases on his differential and justifications for their order in medical speak, per my request. The ones at the bottom of his list were malignant ones. They were fortunately at the bottom, but they were still within reasonable clinical possibility. Consequently, the next few weeks leading up to the needed biopsy were filled with even more worry and fear, and I continued to be reminded of my coinciding medical student role.

Soon after the ultrasound, for my class focused on clinical skills, my peers and I were tasked with practicing newfound physical exam skills. These skills happened to be aimed at assessing the conditions on my radiologist's list of differential diagnoses. As I examined the simulated patients' bodies during clinical skills sessions, I thought about how the physical exam findings compared to those in my own body. Again, I had the chance to wonder which pathology might have grown inside me and to apply my recent clinical learning to aid my thinking.

To my immense relief, and that of my family and friends, my final diagnosis was benign in nature. Months-long feelings of worry and uncertainty were quickly transformed into solace. My reflections allowed me to recognize how being a medical student influenced my experience as a patient. With knowledge comes power, and I felt that due to my knowledge of the pathologies on the differential diagnoses list, I was empowered to make very informed decisions about my care. I could deeply understand the proposed options and appreciate the surgeon's recommendations because of my understanding of the science behind—and treatment algorithms surrounding—my pathology. I do not believe that I would have opted for a different course of workup and treatment if I were not a medical student, but I think that perhaps I would have felt less confident in my shared decision making with my physicians. Additionally, I became more curious about the diseases relevant to my case. I studied them with a more attentive eye than I otherwise would have given their now personal significance to me.

I also developed an improved understanding of what it means to be a patient, including the associated physical and emotional vulnerability. When my future patients need procedures, such as a biopsy or a surgery, I will be better able to empathize with them. I will genuinely hear their worries and fears. I will better recognize the stressful anticipation of waiting for results that can inspire answers and closure. While I do not wish an experience like mine upon anyone, I am grateful for the associated realizations and new perspectives made possible by my simultaneous role as a medical student.

This article previously appeared in KevinMD.com on April 4, 2022. 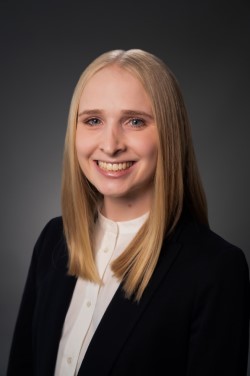 Back to the January 2023 issue of ACP IMpact