All in for the Patient

Halfway into my 4-week hematology consults elective at the county hospital during my fourth year of medical school, I was surprised that one of my patients, Ms. Z, was a 25-year-old woman from Romania—exactly my age. This was highly unusual; most of the patients I had seen on this service, especially those with cancer, were not that young.

What was even more unique was that she had just arrived from Romania, where she had first developed acute lymphoblastic leukemia as a young teenager. She was treated, but her disease relapsed 5 years later. After subsequent treatment, it relapsed again. Finally, after a bone marrow transplant, it relapsed once more. After she exhausted all treatment options available in Europe, her doctors recommended that she try the United States as a final resort.

We met at her hospital bed, with her attentive mother beside her. As I introduced myself to both of them, I immediately saw that we could relate to each other. With a young, friendly face and a gentle smile, she answered all the questions I asked with a calm demeanor. Her mother did not understand much English, and my patient would talk to her in Romanian and interpret for me. She had visited two previous hospitals in the city just 1 month before I saw her at this county hospital. I was curious why. It turned out that she was unable to afford the novel treatments at these hospitals; hence, she came to the county hospital. “My mother and I will fight this to the end,” she vowed.

But the imaging showed widespread involvement in her abdomen. She needed a miracle drug—some of which are currently being manufactured, but the county hospital did not have access to them. We could only give her more traditional chemotherapy. For someone so young who had fought for so long, it was disappointing to offer not much more than palliative care at this point.

As I continued to preround on her in the mornings and provide updates in the afternoons, we noticed that we had much in common. We were both only children in our families; we loved science and technology; and we were medical students aspiring to become oncologists, merely in different continents. We discussed the process of how medical school and residency worked in our homelands. We looked at photographs of her memories from home and medical school on her phone. She taught me how to say some simple phrases in Romanian. Ms. Z and her mother always enjoyed these short, uplifting conversations while I provided updates on her treatment plan.

After the hematology rotation ended, I became a subintern on the wards service at the same county hospital. I continued to visit Ms. Z and her mother often. They stated that they still looked forward to seeing me come to say “bună” (“hello”), because all of their friends and family were still in Romania. Because I was no longer part of her health care team, I could divert our conversations away to more light-hearted topics that could make us smile.

Still, chemotherapy-induced complications and the leukemia's lack of response to treatment were taking their toll on Ms. Z. She and her mother remained steadfastly hopeful that she would still somehow overcome this. The hematologists advised them to return to Romania and spend her final days with family and friends, but they courageously decided to stay to keep on fighting against the acute lymphoblastic leukemia.

Unfortunately, she was eventually moved to the medical intensive care unit. The cancer and opportunistic infections were taking over. I finished my subintern rotation but had one more elective at the county hospital. I continued to stop by to visit Ms. Z at the end of the workday. She was now too weak to move much or talk for more than a few minutes. However, I garnered much respect from her strength to never give up and remain hopeful, as well as her mother's continued perseverance by her bedside.

One Monday afternoon, I went by her intensive care unit room and noticed emptiness. The intensive care unit resident told me that Ms. Z had died over the weekend; despite full efforts to resuscitate her, her heart had gone into fibrillation from which she was unable to be rescued. The previous week had been my final la revedere (goodbye). I refused to accept it for a moment, even though we expected this since the first day of her admission. I never saw Ms. Z's mother again. I could only imagine her agony while watching her only daughter being futilely resuscitated, because she had never given up hope on her daughter's chance of remission.

No lecture in medical school could have taught me that simply bringing my presence and a lighthearted conversation topic could brighten up an intensive care unit room or prepare me for how to deal with the anguish of this inevitable news, despite what we had learned and experienced for 3 years in medical school. Yet, looking back at the positive vibes I was able to bring several times a week to Ms. Z's bedside, this was the ultimate meaningful experience for a medical student. In an environment where learning diseases, performing clinical duties, and studying for standardized exams often take precedence, I was no longer just that one medical student to Ms. Z and her mother. I had become a friend supporting her battle to the end. 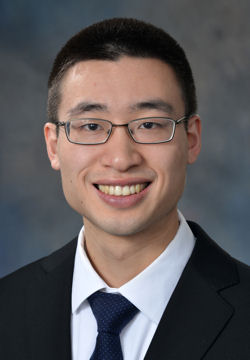