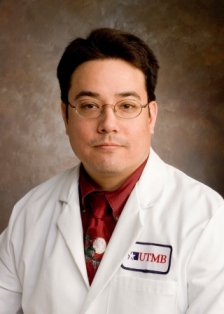 “The practice of medicine is an art, not a trade; a calling, not a business.”*—Sir William Osler

Sir William Osler, considered by many to be the father of internal medicine, is the physician credited with taking medical students out of laboratories and lecture halls and into hospital wards for bedside clinical teaching.

Osler's insistence that students see and talk with patients transformed medical education and inspired educators like ACP Fellow, Dr. Bernard Karnath, Professor of Medicine at the University of Texas Medical Branch (UTMB). A devotee of Osler's teachings, Dr. Karnath was inaugurated in 2008 as a William Osler Scholar in the John P. McGovern Academy of Oslerian Medicine, the highest honor bestowed to a teaching faculty at UTMB. To date, only 18 faculty have been inducted into the University's prestigious academy that was founded in 2001.

“Except for my family, the most influential person in my life has been Sir William Osler,” says Dr. Karnath, “We have him to thank for modern medical education because he developed the model of medical residencies and clerkships.” It's evident that everything related to medical education is near and dear to the heart of Dr. Karnath. As both a professor and practicing physician, he devotes 12-14 hours per day to teaching or supervising medical students, seeing patients, documenting patient care, designing curriculum, and planning lectures. Essentially, he eats, sleeps, and breathes internal medicine.

Dr. Karnath says he chose internal medicine because of the instructors he had during his internal medicine clerkship at UTMB. “The faculty were outstanding role models and excellent teachers,” he says, “They inspired me to go into academic medicine.” In addition to his mentors, Dr. Karnath says it was the patient-physician relationship that drew him to primary care. “Internists have a passion for bedside teaching and spend a significant amount of time communicating with patients. That's what I like best.”

Dr. Karnath spends a lot of time communicating with patients, residents, and students. He sees patients in a private clinic 3 afternoons per week, and serves as in-patient ward attending 4 months out of the year where he does rounds with his team every morning while maintaining his afternoon clinic hours. He also devotes a large amount of time to his teaching responsibilities. He co-directs the IM Clerkship at UTMB and directs a pre-clinical 2nd year course called the Practice of Medicine, a course that teaches medical students how to conduct histories and perform medical exams.

Dr. Karnath is a popular teacher who has received numerous awards at UTMB. He is a 9-time recipient of the university's Golden Apple Award for outstanding service to the career of teaching. In addition to the William Osler Scholar award in 2008, he was inducted into the UTMB Academy of Master Teachers in 2009, and in 2010 he delivered the keynote address at the university's White Coat Ceremony for the class of 2014. His commitment to medical education and dedication to working with students also earned him ACP's prestigious 2013 Herbert S. Waxman Award for Outstanding Medical Student Educator.

Hitting all the right notes

Born in the Philippines to a Japanese mother and US Navy seaman, Dr. Karnath and his family moved soon after he was born to Kingsville, Texas, a small town in southern Texas where he grew up. He says he loved going to school and playing music, particularly piano. A multi-instrumentalist, he also played trumpet in the high school band and says his favorite hobby is learning to play new instruments. Currently, he is learning to play guitar, an activity he shares with his two children, ages 11 and 14. Like their father, both children play piano and guitar. Dr. Karnath says they are “outstanding musicians” and admits, “in fact, both of my children are now better than me.”

Dr. Karnath's wife of 16 years is also a physician, and though she is currently not practicing, she well understands the hours that are required. When he is not working, spending time with his family is what Dr. Karnath enjoys most. Despite his long days, he believes that internists who plan well can achieve a work/family balance. Dr. Karnath waits for his children to go to bed at night before getting on the computer, and at the end of every school year the Karnaths go on vacation to Disney World, an annual trip that Dr. Karnath cherishes.

In addition to good planning, Dr. Karnath believes it is vital for physicians to join organizations like ACP. He has been a member since 1996, and said it was a faculty member who introduced him to ACP's continuing medical education programs. “It was a great decision to join ACP,” says Dr. Karnath. “The College is very strong in board preparation and recertification, and the lectures and people you meet at the annual conference are some of the best.”

Despite his passion for the work he does, his supportive family, and a network such as ACP, there are still challenges in the life of Dr. Karnath. “One of the biggest challenges is meeting the demands of clinical responsibility,” he says, “Patients have needs almost every day, and their phone calls and email messages require my attention.” He acknowledges that electronic health records are paving the way toward better care, however, he often spends his evenings on the computer responding to patient questions because UTMB patients have online access to their lab reports and can send email messages to their doctors.

And there are larger challenges that plague primary care physicians—things like natural disasters, caring for the underserved, and salary disparities within the medical profession. But Dr. Karnath seems to take it all in stride. In 2008, when Hurricane Ike closed UTMB for 6 months, all medical students had to be relocated. “It was extremely challenging,” says Dr. Karnath, “but other medical schools really helped out, just as we did for displaced students during Hurricane Katrina.”

Dr. Karnath does not take lightly issues like access to care. Over the years, he has donated a significant amount of his time to St. Vincent's clinic, a free clinic for the uninsured in Galveston that is run by medical students and faculty volunteers. “St. Vincent's is a wonderful example of providing better access to care for the underserved,” says Dr. Karnath. For three consecutive years he received St. Vincent's “Most Dedicated Faculty Award,” and in 2012 was listed among the clinic's “Most Outstanding Doctors of the Year.”

Despite the challenge posed by medical students choosing more highly compensated medical careers, Dr. Karnath remains undaunted in his continuous effort to recruit the best students into primary care. He is a passionate advocate for internal medicine who cares deeply about the science and humanity of medicine. He tells all of his students, “I chose internal medicine because of the diversity of patients and problems that primary care physicians encounter, especially in the hospital setting where we manage many of the post-op patients and patients with co-morbidities.” “But, the most important thing I tell my students,” says Dr.Karnath, “is that, ‘above all, you must love what you do.’”

There is much to be said for the diversity offered by internal medicine, for the intellectual stimulation it provides, and the passion it inspires. It is a profession that has produced physicians like Dr. Karnath and Sir William Osler before him—the kind of physicians you want at your bedside, the kind of physicians for whom the practice of medicine is an art, not a trade; a calling, not a business.

Back to the July 2017 issue of ACP IMpact