Wearing My White Coat to the Protest

I started medical school three years after graduating from Howard University. An historically black university, Howard is located at the nexus of Ledroit Park, Columbia Heights, Bloomingdale, Shaw, and Cardozo—all neighborhoods that carry a large significance in Chocolate City, and even nationally. U Street and the Howard Theatre once hosted such jazz legends as Duke Ellington and Louis Armstrong. Navigating these neighborhoods and attending Howard taught me about societal structures and ills that disproportionately affect the black community, a very valuable experience for a black teenager from Cameroon. Still, engineering and innovation were my core interests, so I pursued bioengineering at Georgia Tech, after which I enrolled at the Yale School of Medicine.

Between graduating from college and enrolling in medical school, I watched George Zimmerman get acquitted for the murder of Trayvon Martin. I saw Rachel Jeantel, Trayvon Martin's best friend, get ridiculed by the media for her speech pattern and her attitude, all while trying her best not to crumble under the pressure of being cross-examined about the murder of her closest friend. I saw Tamir Rice lose his life at the hands of police officers for playing with a toy gun, and watched Michael Brown's body linger on the ground for hours after being shot, also by a police officer. These are some of the many acute instances of injustice that fueled the Black Lives Matter movement, as well as the sense of activism that has since grown in me. During those years, I watched and mourned in solidarity with my Howard family in real life and through social media. Less than two months into medical school, I mourned the deaths of Terence Crutcher and Keith Lamont Scott at the hands of police officers. Racial demagoguery made headlines in the news as the presidential election approached. What rang even louder was the silence of most in the midst of these viral events. I thought that if I were at Howard, everyone around me would be concerned.

Many of my black classmates along with a few allies attended a Black Lives Matter rally donning their white coats. I did not because of a clinical obligation. This earned them the indignation of some, leading to a bioethics panel discussion rhetorically asking whether we should wear our white coats or Yale gear to protests. In other words, should we, future medical providers, bring our profession into our acts of activism? The premise was that showing support for the Black Lives Matter movement was equivalent to taking a political stance, which may offend some patients. I argued that some of us don't have the privilege and ability to strip ourselves of all things that may offend patients. My very identity, my foreign francophone accent, the coarse texture of my hair, and the darker hue of my skin may very well offend some patients. The fact that this occurred to neither faculty nor students involved in this discussion was egregious. It became clear that although I was studying to alleviate suffering, heal, and save lives, whether my own life as a black person mattered and that the causes behind this premise deserved explicit support from my colleagues was a matter of intellectual gymnastics.

To be clear, for black medical students, supporting Black Lives Matter and other health equality and social justice initiatives is not a matter of a professional oath. It is a matter of life or death, close or distant—that of a loved one or of a stranger of the same hue and shared struggles.

The silence continued and so did the occasional attacks. They made me get loud and bold. I found myself having to defend the Black Panthers' fight for health justice in the face of some calling my description of their activism ahistorical. I've had to confront others for using racial epithets to justify their labeling me intimidating. I've also had to go along with the silence. I was silent and petrified as I watched neo-Nazis descend onto Charlottesville to proclaim the superiority of “whiteness”, a social construct. This time it was a silence of patience; I was hoping for words of reassurance from the leadership of the medical school, but they too were silent.

I found solace in the conversations of my health justice elective, those of my history of medicine discussion groups, and moments of fellowship with some peers now-turned friends. We mourned the continuous loss of black lives and the re-ascension of bold, racial demagoguery, but we also celebrated Black and Hispanic History months. We went to the most afro-centric music festival I could have ever imagined and sang in unison to Solange Knowles' ode to black lives, “A Seat at the Table. I called home, called friends, and traveled to America's black meccas (Howard, Atlanta) as often as a rigorous medical school schedule could allow. I read sociology for a better understanding of matters of race and society.

I also worked towards improving the environment. I joined a committee focused on diversity and social justice with the same aforementioned friends, in collaboration with the leadership of the school. I gave this committee my all, reviewing the curriculum with my peers and faculty members, tinkering over recommendations for improvement, and pushing for a more inclusive environment. We challenged the status quo on every front possible and made progress. Working on this committee made me believe that the deafening silence was a small price to pay to pave the way and improve things for those coming after me.

I'm now off to clerkships, and I'm scared of a myriad of things, notably the same silence. Silence in the face of death, suffering, and abuse. Thanks to the ways in which I've built community so far, I feel equipped and able to face it. One of the outcomes of clerkships is finding a suitable career within medicine, but regardless of which specialty I choose, my pre-clerkship years have cemented my commitment to wearing my white coat to the protest: fighting for health equality. 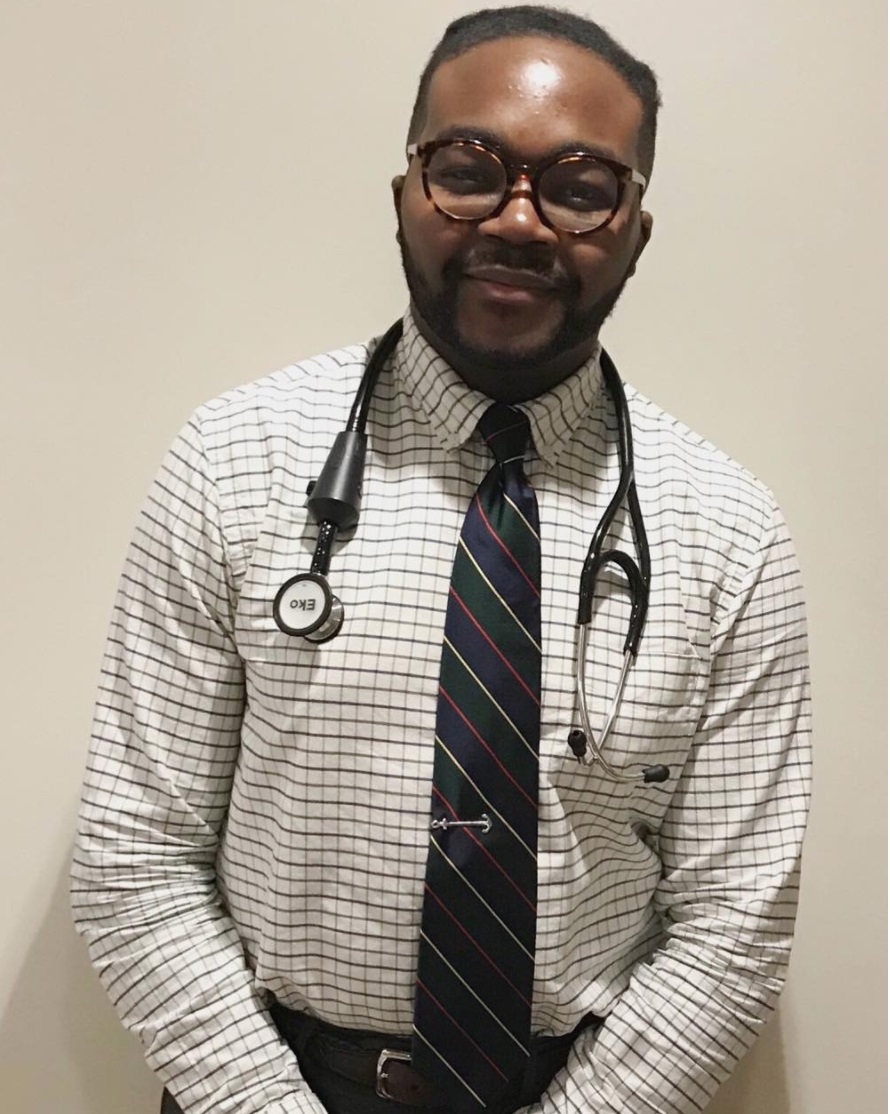 Back to the February 2018 issue of ACP IMpact