Seeing Clinical Rotations Through the Lens of Gun Violence 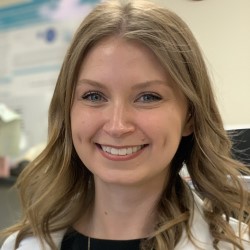 I grew up in small-town New Mexico, where the local haunts for a teenager were a friend's garage or a mall that contained about eight businesses total. With little to do and wide-open desert spaces, it was commonplace to drive to the middle of nowhere and go shooting for entertainment: just four teenagers shooting a parent's gun at aluminum cans and glass bottles. It was our normal.

With almost 2 decades between myself and these memories, I wonder how I ever thought this was normal. How could children accessing a parent's firearm and, subsequently, playing with guns ever be normal? How was I not more fearful growing up in a household with firearms? How did I not make a connection between my actions and the student only a few lockers down from my own who lost his life because he and his brother were playing with what they thought were unloaded guns?

Maybe I wasn't aware of the statistics or maybe I was too young to pay attention to the news. However, now I am a physician-in-training, with too many unreal statistics, haunting stories from medical colleagues, and 24-hour news cycles all at my fingertips.

During my current family medicine rotation, I counsel expectant families on gun safety because children as young as 3 may be strong enough to pull a trigger (1). Because 30% of families who own guns keep at least one loaded and accessible to all members of the family, these brief conversations can make a world of difference (2). I also screen women for intimate partner violence because 25% of U.S. women are survivors of severe physical intimate partner violence (3). Having a firearm in the house can make the situation all the more dangerous. Rates of homicide by firearm carried out by a partner are seven-fold higher among those who live with a gun owner. Having a gun in the home does not make for a safer environment; instead, it increases the risk of homicide during a domestic violence situation by 500% (3).

I start an obstetrics-and-gynecology (OB-GYN) rotation in a month, where I will be working with teams providing abortion care. In light of the recent overturning of Roe v. Wade, I'm grateful to live in a state that protects a woman's right to reproductive health care. I'm also excited to help provide this procedure for pregnant people in need. Yet, I have to wonder if my life will be in danger, like Dr. George Tiller, an abortion provider in Wichita, Kansas, who was shot and killed by an antiabortion extremist in 2009 (4).

With the recent murder of Dr. Preston Phillips, Dr. Stephanie Husen, and receptionist and nurse Amanda Glenn and William Love, it appears that abortion providers are not the only health care practitioners at risk (5). Dr. Phillips was targeted by a disgruntled patient who blamed him for his postoperation pain (5).

After OB-GYN, I will begin my surgery rotation and I am already bracing myself for the number of gunshot wounds that I will likely see and, hopefully, be able to repair. After all, in 2020, the academic hospital I train at treated 516 people for firearm injuries.

Then I start my pediatrics rotation and I fear we will lose a young life to yet another shooting. As I write this, the year is halfway over and there have already been 27 school shootings, leaving 83 people killed or injured (6). I remember the Columbine High School shooting. I was in elementary school at the time and this tragedy was unheard of. Over 2 decades later and school shootings are commonplace. In May, the shooting at Robb Elementary School in Uvalde, Texas, became the deadliest school shooting in recent memory, killing 26 people with the youngest victim being only 6 years old (7).

As I write this, we just celebrated America's Independence Day. Yet, during a parade meant to celebrate America and freedom, another brutal mass shooting took place in Highland Park, Illinois, that left at least seven people dead and close to 40 others injured (8). In a country that prides itself on the Second Amendment as a constitutional right and firearms as an American value, the irony is almost too much to bear.

To further add insult to injury, some have loudly (and falsely) claimed that antidepressant medications and SSRIs are to blame for mass shootings (9). In direct contradiction, studies show that mental illness is rarely a factor in mass shootings (10–13). Instead, this false narrative serves to continue to stigmatize mental health challenges and distract from addressing firearm violence in a meaningful way (13).

June 3rd was National Gun Violence Awareness Day, but we need more than awareness. At this point, we are all too aware of our collective gun violence problem. Although I did still wear orange in solidarity, wearing orange alone doesn't save lives. We need more than thoughts and prayers. We need to take bold action. We need to enact common sense gun laws that will reduce the unnecessary mental trauma, physical morbidity, and mortality.

Reflecting on the staggering firearm violence in America, I can confidently say that #ThisIsOurLane (14, 15). For more than 20 years, the American College of Physicians (ACP) has advocated that U.S. firearm-related injuries and deaths should be addressed, and has issued thoughtful position statements and recommendations on appropriate regulation of the purchase of legal firearms, enactment of legislation that would ban ownership of semiautomatic firearms for civilian use, and utilization of extreme risk protection orders, among others (16). Furthermore, as of July 5th, 2022, ACP has called for gun violence to be declared a national epidemic and public health emergency (17).

Finally, ACP recognizes that physicians have a responsibility to speak out on prevention of firearm-related injuries and death (16). This responsibility may not always be an easy one. Living in New Mexico and having family members who own guns, I understand the difficulty. But it's a matter of life or death, so I vow to take small steps to promote change: providing patient education, speaking out when I have an appropriate forum, and voting for legislators who align with my values. #IMProud to be part of a medical organization that stands so strongly on this topic and works to keep our patients and communities safe.

Back to the August 2022 issue of ACP IMpact