In Whom Can They Trust: Being a Medical Student at the United States-Mexican Border

“No puedo tener la operación.” I could hear the distress and despair in the patient's voice. Mr. N was being admitted for an acute stroke. Although he received tissue-type plasminogen activator, his symptoms remained unchanged. If we didn't get Mr. N to the cath lab soon, he might never regain full control of the left side of his body. Mr. N had relocated to the Rio Grande Valley (RGV) from Mexico 20 years prior in order to work as a construction worker and provide a better life for his family. He was the breadwinner of the household; if he was unable to work, he would not have the means to provide for his family. This would cost Mr. N not only his livelihood but also his identity. The physician assistant on the case talked to him privately before leaving the room. Afterward, I asked her why Mr. N decided not to have the procedure. Knowing he understood the risks and consequences of not acting diligently, I couldn't understand his decision. With hesitancy and disappointment in her voice, she responded, “He doesn't have the money. He was told he needed to pay a down payment on his procedure before being taken to the cath lab. He fears that if he doesn't pay, he will be taken to jail and deported back to Mexico.”

Mr. N is merely one representation of the patient population we encounter here in the RGV. Such economic disparities as these are not unique to the area our medical school serves, where an estimated 450,000 residents of the RGV live at or below the poverty line. Citizens within the RGV are currently living on an average per capita income of $15,240—half that of the Texas average. This economic disparity translates into clinical care where only 56% of adults aged 18 years or older state that they have a primary health care provider. This is not surprising considering that nearly 1 in 3 residents of the RGV is uninsured, almost triple the national average. However, it is not simply economic hardships that keep individuals like Mr. N from seeking timely care or treatment; the complex geopolitical and socioeconomic environment brings uncertainty and fear of deportation for such undocumented immigrants as Mr. N. This fear is so pervasive that immigrants like him would rather delay seeking care than have their citizenship status “discovered.” The consequences of such a “discovery” include being deported and never seeing his family again. The precarious socioeconomic climate surrounding undocumented immigrants and its effect on the health and behavior of a community are just a few of the many lessons experienced by students attending a medical school on the South Texas border.

Undoubtedly, it would take more than just being part of a medical school or saying “I'm here to help you” to earn the trust of community members like Mr. N. Growing up in a colonia in the RGV, I am no stranger to the fear and distrust the community has in institutions. In a unique border town like ours, there were times when families had more access to penicillin injections imported from Mexico and administered by the trusted neighborhood “nurse” than to the closest clinic, hospital, or even grocery store. This process is not only cheaper and accessible but also occurs in a place of trust. In addition, the lack of medical specialties became evident when many referrals were to Corpus Christi or San Antonio, Texas, both cities on the other side of the U.S. Border Patrol Checkpoint in Falfurrias, Texas. This is a station manned 24/7 that states that its purpose is “to detect and apprehend terrorists and/or their weapons of mass effect as well to prevent the passage of illegal aliens and/or contraband.” It consequently prevents families from reaching certain specialists for fear of being deported or having their families separated. Even if a patient is a U.S. citizen or legal resident, the days off from work and money required to travel are often prohibitive. When there was news of a medical school to open in the RGV, a mixture of hope and skepticism grew in our community. A medical school in our own backyard meant the possibility of specialized care closer to home and more physicians to spread access to health care in isolated communities. However, concern remained that this institution would be disconnected from its people, solely focus on medicine, and remain ignorant of the issues and fears of the community.

It's a privilege to be part of both the RGV community and the inaugural class of the University of Texas RGV School of Medicine. At town hall meetings we heard from the community about the distrust they had in an institution like the medical school, where many physicians and students were foreign to the RGV. However, our continued involvement as volunteers and partners in the community opened trusting doors for us. It is especially heartening to see how our class, coming from diverse backgrounds and locations, united with the school to start a student-run clinic in a colonia. This clinic aims to provide access to care, be sustainable, and become a foundation on which health care workers and community members can build trust. Collaboration between students, key stakeholders, and trusted members of the community made the clinic possible. I witnessed how students—despite being foreign to the RGV—were willing to give their time and hearts to a project that would help the place where I grew up. It is evident that training in this location comes with unique challenges. However, exposure to cases like that of Mr. N not only encourages students to start asking ethical questions earlier in their training but also fosters an environment that develops more culturally and socially competent physicians capable of providing care in such places as the RGV. It is only through lessons and experiences such as these that impressionable medical students become good physicians and even better patient and community advocates. 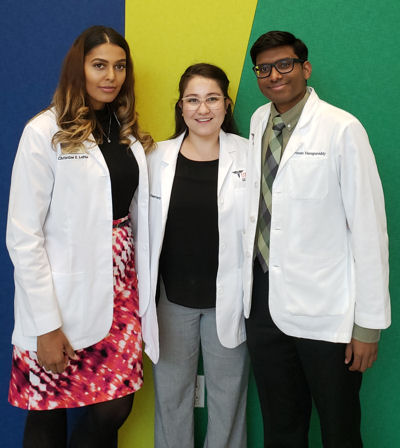