I awoke early and quickly ate my meager breakfast while listening to the news. The U.S. President had placed a travel ban on several countries. There was speculation that these travel bans may extend and include my home country. I put on my heavy coat and stepped out into the bitter and still unfamiliar cold. Walking to the bus stop, I thought of all the families being torn apart by the new policies and of my family, as well. I had spent the last months on a tourist visa for my clinical rotation and had begun counting down the days until I would see them again. I was going to be with them for a month and then come back to the United States with a work visa to do a research rotation for 6 months. This was my first time living alone, and I did not want them to worry about me. This, however, was nearly impossible because of the recent news. What if something went wrong as I tried to return home? The idea of having to stay in the United States for another 6 months to change my visa status and not be able to see my family was devastating. I fought back tears and pushed the thought from my mind as the bus arrived at the hospital.

The clinic was empty when I arrived, so I turned on a computer and started to study. Jahangir was our first patient. He was a 21-year-old man with a spindle cell rhabdomyosarcoma of the proximal left upper extremity. He was admitted 1 week ago for bleeding in his tumor. This was his first follow-up appointment. His scan showed metastases in the lung and liver. His Medicaid was pending. His primary language was Persian, and he only knew basic English. This was all adding up to a very bad prognosis.

My oncology attending, Dr. Patel, greeted me. He seemed to have taken a liking to me because he had visited my home country of Peru. We discussed the cases for the day and entered an examination room. Seated at the table was a young man, Jahangir. Dr. Patel greeted him and asked how he was doing. Jahangir would answer in short, simple replies but was able to get his meaning across. His pain had improved, and he stated that he put his life in the hands of the doctors. Dr. Patel thanked him and asked if he knew Shah Rukh Khan. The patient nodded, and a grin appeared on his face. “I am from India like him,” my attending said. A knock on the door interrupted the conversation.

It was Dr. Smith, a pediatric oncologist, with a translator. Jahangir greeted them and continued his story in Persian. He was diagnosed when he was a teenager in his home country. At that time, the tumor was confined to his shoulder and the doctors recommended amputating the arm. He refused and started to save money to look for other opinions in countries nearby. He explained the family and political issues that delayed his ability to seek help. Since his tumor was more common in children, Dr. Smith was in charge of the management. She mentioned the treatment options: amputation and chemotherapy or palliative care and hospice. She preferred palliative care. As she reviewed the options, the translator was repeating the information in Persian. I saw the face of Jahangir fall as he was overwhelmed with shock. Dr. Patel interrupted, “I do not think he would like that” but immediately apologized. As soon as the translation finished, without hesitation, Jahangir refused hospice and chose amputation.

“I trust you, guys. I entered the US just before the blockade of my country and I am happy to receive care here. I just want my mother to be with me. I was wondering if you can do something so she can be with me in my last days. I am all alone in this country and feel rejected.”

Hearing this made my heart ache. There was a heavy silence in the room that was broken by the sound of my attending's voice: “I am a doctor from India, she is a medical student from Peru, and you are from Afghanistan. Welcome to America.” He continued reassuring the patient that they had experience with immigrant patients and that they would try to give him the best care they could. It was certainly not an ideal situation, but they were going to work with him to construct the best possible plan. At the end of the visit, he had understood the rationale of our approach and thanked us for being his health providers.

The rest of my day went by quickly, even as I stayed late in the hospital to finish some notes. When I finally arrived at my flat, I finally had time to reflect on the events of the day. I felt my heart break remembering Jahangir and found that tears began to well in my eyes. I have come across many patients with advanced stages of cancer during medical school. This case, however, had struck my heart in a very unique way. Maybe it was because he was very young. Maybe it was because he was alone in a foreign country. Or maybe it was because I identified with him. I was away from my family and lonely, too. Most of my days were better when I first arrived in the U.S., learning new things and exploring new places, but I was occasionally inundated with homesickness. I could not imagine how alone he must have felt receiving his prognosis—to be so close to death but so far from those he loved. Jahangir flew across the world by himself in the hope of finding better treatment, but it was sadly not to be. He now had to face the fear and agony. He needed the unconditional love of his mother by his side, and, despite reason or science, this was tragically not possible. There was an executive order that banned travel by people from his country. I came to the realization that he was banned from his family for life. 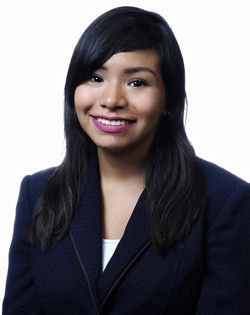 Names and identifying details have been changed to protect the privacy of individuals.