The Laureate Award honors those Fellows and Masters of the American College of Physicians in Montana who have demonstrated by their example and conduct an abiding commitment to excellence in medical care, education, and/or research, and in service to their community and the ACP.

Recipients of this award shall bear the title Laureate of the Montana Chapter.

This award shall be presented at the Annual Scientific Meeting. The awardee should accept the recognition in person, unless excused by the Governor. The awardee is to be nominated by a process that may originate from the Awards Committee or from any member of the Chapter. The nomination must document the attributes and accomplishments of the nominee.

The awardee should be a senior physician and Fellow or Master of long-standing, with acknowledged excellence and peer approval in the field of internal medicine. In addition, the awardee should have served the Chapter with distinction.

It is with distinct pleasure that this year, the Montana Chapter presents the Laureate Award to Robert A. Kreisberg, MD, MACP. Dr. Kreisberg is a long-standing and loyal supporter of the College, has rendered distinguished service to the Chapter, and has upheld the high ideals and professional standards for which the College is known. 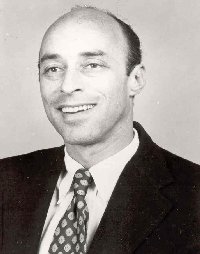 Doctor Robert Kreisberg was born in New York City in 1934 and received his BS and MD degrees from Northwestern University in 1954 and 1958, respectively. His internship, medical residency and first year of Endocrine-Metabolism fellowship took place within the Northwestern University system, after which he pursued a two-year fellowship in Metabolism and Endocrinology at Harvard University, specifically the Peter Bent Brigham Hospital and Elliot P. Joslin Laboratory.

Doctor Kreisberg has been a prolific writer with over 90 publications in peer reviewed journals to his credit, as well as contributions to and authoring several textbooks.

He has served in leadership positions in the American Federation for Clinical Research, an organization that he served as President from 1974 to 1975. He also has served the Endocrine Society and the American Diabetes Association. Doctor Kreisberg has been active in the American College of Physicians since the 1960s, serving as Governor of the Alabama Chapter from1979 to 1983, and as a Regent from 1987 to 1993. He received a Mastership in the College in 1994. Doctor Kreisberg has served as a visiting professor and invited lecturer at numerous medical institutions in the United States. He was honored with the Distinguished Teacher Award in 1994 from the American College of Physicians and the Distinguished Physician Award from the Endocrine Society in 2001.

Doctor Kreisberg's true love is teaching and his skill at this is shown by numerous distinguished teaching awards from both medical students and internal medicine residents at the two institutions with which he has been associated at the University of Alabama, School of Medicine, Birmingham, Alabama and the University of South Alabama, in Mobile.

Montana internists have been privileged to know Doctor Kreisberg since 1988 when he was the official College Representative at our annual meeting in Whitefish. This year's meeting in Butte is the 17th consecutive annual meeting that Doctor Kreisberg has attended as a guest lecturer. A succession of Montana internists have reveled in his incisive discussions of topics in endocrinology and lipid metabolism.

From Whitefish to Billings, Missoula to Chico Hot Springs, Glacier Park to Grand Targee and points in between, Doctor Kreisberg has graced our annual chapter meetings.

It is with a great deal of pleasure that the members of the Montana Chapter of the American College of Physicians present to Robert A. Kreisberg, M.D., MACP, the 2005 Laureate Award. Montana internists are better for having had the benefit of Doctor Kreisberg's tremendous knowledge.