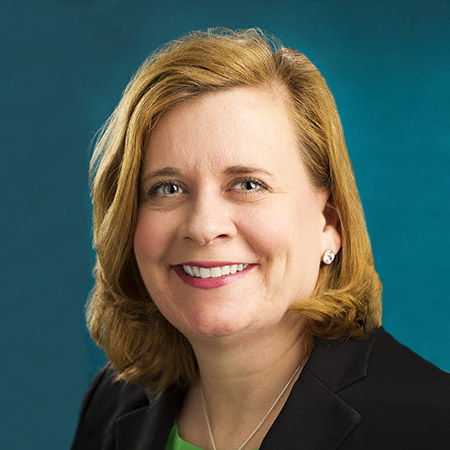 September is Women in Medicine Month, which provides ACP the opportunity to showcase the accomplishments of women physicians and highlight ACP's efforts related to women physicians and health issues impacting women. Dr. Hingle was the senior author of ACP's 2018 position paper “Achieving Gender Equity in Physician Compensation and Career Advancement. “ The paper summarized “the unique challenges female physicians face over the course of their careers and provides recommendations to improve gender equity and ensure that the full potential of female physicians is realized.”

ACP has committed to offering resources and initiatives in support of women internists through ACP's Women in Medicine initiative, whose goal is to foster an inclusive environment to promote growth and development for female physicians. Resources include links to ACP policies, webinars, discussion forums, videos, and podcasts. The webinars include topics such as leadership principles for women and negotiating with confidence.

When Dr. Susan T. Hingle finished medical school in 1993, there were almost as many women medical students as men. Today, she says, the breakdown is at least 50-50 and in some schools, there are more women matriculating than men.

Dr. Hingle, a past Chair of the ACP Board of Regents and Board of Governors, says gender parity in medical school should equate to there being more women leaders in medicine. But that's not the case. As a result, gender equity in medicine continues to be an issue affecting women all over the world.

The 20-plus years that have elapsed since Dr. Hingle left medical school should have been enough time for more significant improvements in the leadership gap, she says. “If you look at the percentage of deans who are women, it's in the teens. And the number of department chairs who are women is also in the teens. And to me, that's one of the most important aspects that we need to address because those are the people who are making decisions.”

Those decisions involve salaries. “The pay gap is one of the big issues for women in medicine. And the deans and the chairs are the ones really making the decisions about salaries and the work environment. If we can address that leadership gap and some of the other big challenges, we might make more progress than we're currently making. Studies show that men get more support staff than women do, and often get more help with research and things along those lines. If we address the leadership gap, solutions to some of the other problems will fall into place.”

Dr. Hingle is professor of medicine at Southern Illinois University and serves as associate dean for the Center for Human and Organizational Potential. She was instrumental in forming ACP's Diversity and Inclusion Task Force/Subcommittee, which regularly evaluates ACP chapters for diversity and inclusion. Those evaluations are used when a chapter is looking for a new governor. “For example, the chapters will get data that will say ‘you've never had a woman governor or you've never had an international medical graduate as a governor,’ but they'll have the data. So it'll be very transparent.”

“The gender equity paper was important because it put down in writing a lot of the problems and brought attention and transparency to it,” Dr. Hingle says. The paper has stimulated important discussions and efforts. The authors were asked to go to the Association of Hospice and Palliative Medicine to address the issues and participated in the multi-organizational Women's Wellness through Equity and Leadership project, where Dr. Hingle serves as ACP's representative. The authors were also invited to present at the Council of Medical Specialty Societies. “And it really brought a lot of visibility and opportunities for collaboration, which will hopefully be how we start to move the needle on some of these things,” she says.

I think the gender pay gap is part of it. It makes women feel less respected. And when you don't feel respected, you're not going to enjoy your work as much.

Gendered expectations also affect the pay gap. Dr. Hingle says patients' expectations of women physicians are different than that of men. “Patients expect women physicians to spend more time with them, and to be patient-centered in their communication approaches. They expect women to attend to all of their health care needs,” she says, which leads to women seeing fewer patients. “And in our current payment model, that contributes to the pay gap. It's more complicated when there are gendered expectations.”

The pay gap exists regardless of whether women are generalists, hospitalists, or subspecialists. “There was nowhere that there was not a pay gap. For the higher earning specialties, the gap was bigger than for primary care. But there definitely was a gap. When you're talking about a gap of 20+ percent over a lifetime of work, that's pretty significant,” she says.

Gender equity issues can contribute to the higher rate of burnout among women physicians, Dr. Hingle says. “I think the gender pay gap is part of it. It makes women feel less respected. And when you don't feel respected, you're not going to enjoy your work as much.” The ACP paper identified that women internists make from 16 percent to 37 percent less than their male counterparts.

Dr. Hingle says another big factor in burnout for women physicians is “the second shift. In our American society, women still do a lot of the primary caregiving at home for children and for elderly parents. When they're done with work, they go home and they have their second job of taking care of the family, doing the grocery shopping, getting the cooking done and the laundry done. And so they never really have time to take care of themselves,” she explains. “I always tell people that in order to take care of others you have to take care of yourself and that self-care is not selfish.”

ACP's Physician Well-being and Professional Satisfaction initiative has resources in place to help, she says, adding that women physicians tend to ask for help more than men do. “I think women may be enabling themselves in some of the opportunities that the wellness initiative has created. But the initiative wasn't specifically designed to preferentially impact women or men.” Dr. Hingle helped ACP's Council of Early Career Physicians with the resolution that ultimately became the initiative. She is the chair of the Well-being and Professional Satisfaction Task Force and worked on the concept and structure of the Well-being Champions program, which fosters local communities of well-being by supporting chapter members, practices and organizations in addressing burnout and the conditions that create it.

There are things women can do to help other women advance and achieve equity, Dr. Hingle says. “A big one is mentorship. Another is sponsorship, actively putting people up for positions, for awards, things like that. I'm grateful that I've had the opportunities that I've had because it's allowed me the opportunity to nominate other women for awards and leadership positions.”

Mentoring is especially meaningful to Dr. Hingle when her protoges succeed. “At SIU graduation in 2018, three of the five faculty awards went to three of my mentees. It was like Christmas for me! I was more excited than if I had received the awards myself,” she recalls.

For women medical students just starting out, Dr. Hingle advises them to “get involved in things that matter to them. Don't be afraid to ruffle feathers, or stir the pot a little bit. The hard thing is trying to figure out how to do that in a productive way. Surround yourself with people who believe in you. And let them help you. Don't be afraid to ask for help.”

Studies have shown gender expectations and roles start as early as kindergarten, Dr. Hingle says. “We're going to have to really figure out as a society how to address that really early on. This isn't just medicine.”

“But now there is more acceptance that there are issues that we need to address and it's not going to be brushed under the rug anymore. We're going to start dealing with it. So I think there is acceptance that gender equity really is an issue that needs to be addressed. That's where some progress has been made,” she says.

ACP has continued to find ways support that progress, including recently joining TIME’S UP Healthcare, a network of health care leaders organizing across industries to create safe, fair, and dignified workplaces for women; hosting an Annals Story Slam featuring women physicians sharing their stories, and vocalizing support for federal programs such as Title X which are critical to preserving access to quality health care.

Dr. Hingle is committed to changing and improving the environment for women internists. And when it comes to change, she draws inspiration from cultural anthropologist Margaret Mead who said, “Never doubt that a small group of committed citizens can change the world; indeed it is the only thing that ever has.”

Back to the September 2019 issue of ACP IMpact