Getting Back Up Again

The 1-day-old infant writhed in pain as the nurse searched for her artery. Three failed sticks in the forearm later, she moved onto the brachial artery. I desperately tried to keep the infant still as she fought against me. With the other hand, I gripped the tube of blood as I watched the infant suffer and heard her shrieks between irregular breaths. Her life was just beginning, and she didn't understand why we were hurting her. She didn't understand that her breathing pattern was irregular, and we were checking her levels to try to figure out what to do to make her better. She didn't understand that her tiny premature arteries were almost impossible to find. She didn't understand why people in gloves were hovering over her, strapping her down, and stabbing her with something sharp over and over again. “Look at me,” I whispered. “It's going to be okay. Just a little bit longer.” That's the last thing I remember.

Two weeks into my clinical rotations of third year, I had passed out. I woke up surrounded by nurses, lying on the floor of the NICU with sweat gushing down my forehead. I had no idea how I got there or how long I had been unconscious. I was humiliated. It could have been that I didn't eat much that day, or got so busy with rotations that I forgot to drink water. It could have been the building sleep deprivation from tossing and turning over the impending release of my Step 1 score, and then waking up at the crack of dawn to be at the hospital hours earlier than was really necessary. With the anticipation of starting my clinical time, I forgot one of the foundations of medicine: You can't take care of anyone else if you don't take care of yourself first.

Like many medical students, third year has been the most momentous part of medical school for me. After years of studying seemingly trivial facts hours on end, third year is when we hit the wards, with all of our hopes and expectations about how amazing it is going to be to actually see patients. This is why we came to medical school. This is what it feels like to have the privilege of taking care of people. With all of the excitement and the joy comes the complete lack of preparation for the difficult side of medicine. It is not always saving lives and making people better. Sometimes in order to help a patient, we have to hurt them first, whether that is an arterial blood draw in a premature infant, surgery, or some other invasive procedure. Patient pain is an unavoidable part of medicine, and the hardest part of medicine for me.

The attribute I think is most likely to make me a compassionate physician is also my greatest weakness. I feel too much, and I am very aware of that shortcoming. On the other hand, my biggest fear is becoming jaded and unfeeling. While it could have been sleep deprivation or lack of food and water, in my heart I know I passed out because at that moment, I was feeling too much. Seeing a premature infant in so much pain quite literally overwhelmed me and caused my body to shut down. When I woke up, I felt like I had failed as a future physician. Was I not cut out to take care of people? Was I not hard core enough for this work? Why was I so weak?

If you are like me, please know that you are not alone. So many of us doubt whether we can make it as a physician, and feel like everyone around us has it together. When you really talk to people, however, you find that many of your classmates are feeling exactly like you: a mix of overwhelming excitement, but also sometimes crippling fear. I am still learning how to adjust to the suffering inherent in medicine, both for the patient and for myself. I firmly believe that we all doubt whether we will ever feel like real doctors. Some days we are going to feel like failures, and some days we are going to fall—for me, quite literally. All I can say is, we have to get back up. Remember that we are so incredibly lucky to have the opportunity to figure it all out. Third year, bring it on! 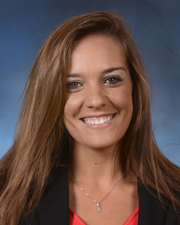 Breanne Bears
University of Maryland School of Medicine
Class of 2019

Back to the September 2017 issue of ACP IMpact