The Surgeon's Cap: Intelligence, Respect, and the Enemy of Feminism

Dr. Koven's “Letter to a Young Female Physician” had briefed me on the war I would eventually fight (1). For years, I contemplated whether I was strong enough to fight my way through the medical battlefield of sexism and self-inflicted doubt. Upon entering medical school, I was blinded by the belief that medicine was already making significant progress. In fact, the year I entered medical school was the first time women made up the majority of first-year medical students (2). The growing army of female physicians reassured me that my arsenal was enough to be taken seriously as a worthy physician. However, it wasn't until my third year of medical school that I realized I was loaded with naive optimism thinking that the war for gender equality in medicine was almost over.

On the first day of my surgical clerkship, I briskly followed my attending—a vascular surgeon—around the preop bay while ruminating about whether I was too close to him; whether I should stand, sit, or put my hair up or leave it down; or even whether I should ask him a question. As he towered over me, I decided to keep quiet and avoid bothering him at all costs. I didn't know why I was so intimidated by him. In past clerkships, my superiors encouraged me to express my knowledge to gain respect. The operating room felt different.

When asked quiz questions, I promptly answered what I knew to be correct. However, his responses offered me no affirmation. Instead, I was ambushed with a “not exactly” followed by a long-winded explanation of exactly what I had just said seconds ago. I eventually surrendered answering future questions, knowing that my response would not get me the respect I craved—at least not with this surgeon.

I donned my blue shoe covers and matching face mask quickly. I gathered my long brown hair and reached for the bouffant cap as my attending reached for a surgeon's cap. I stared at him as he tied the straps behind his head and put his hands on his hips, standing erect like a general. Marching into the operating room hallway, still mesmerized by his perfectly fitting cap, I felt the warm breath inside my mask suddenly stop. I was shot with the sudden realization that no matter how smart or determined I was, I would never be able to wear a surgeon's cap.

Historically, men were doctors and women were nurses (3). Habitually, gender identification relies on the generalization that men have short hair and women have long hair. The surgeon's cap was designed for short-haired people, and the bouffant caps were for long-haired people. The binary identification of “doctor” versus “not a doctor” that is ingrained in our subconscious is strongly influenced by whether one is wearing a surgeon's cap or a bouffant cap.

I couldn't wear it even if I was a surgeon. This thought rattled my brain throughout my clerkship. If I wanted to wear the surgeon's cap and receive the respect that came with it, would I have to cut my hair? My long hair serves as an expression of my femininity. I should not have to sacrifice my identity as a woman to win the respect that men are simply handed. This piece of blue disposable fabric somehow attacked my self-esteem and left my optimism defeated. I was ready to raise the white flag, but there were small beacons of hope that helped me transform this complaint into a mission.

The following week, I stood in the corner against the cold walls of the operating room waiting for the new attending to arrive. I anxiously prayed to the surgeon gods that he would be nice. We started scrubbing when my resident told me Dr. White had just arrived. I surveyed the operating room to try to introduce myself to him when I realized that I was a casualty of the surgeon's cap bias. Dr. White had long blonde hair tucked into a bouffant cap, perfect eye makeup, and purple clogs. I assumed Dr. White was a man and fell victim to the gender bias that I despised. I continued to look around and realized that Dr. White, along with the entire rest of the operating room, was female: anesthesiologist, scrub nurse, circulator, residents, med student—all women in a place dominated by men for years.

I thought the battle for gender equality in medicine had been lost, but clearly there are still soldiers fighting for it. In 2019, the Association of American Medical Colleges reported that for the first time in history, women comprised the majority of all U.S. medical students (4). Recently, headline-making studies even found that patients cared for by female physicians had better outcomes than patients cared for by their male counterparts (5). I used to think that I should act more like the men so I could get the respect that they did. I realize now that the best way to get respect as a woman physician is to be a woman physician. It is our own responsibility to enforce the changes needed in medicine to help curate the image of the genderless physician. The symbolism of the surgeon's cap is dynamic. We are gaining ground with each and every woman who chooses to become a doctor and with the male colleague who respects her equal power. When you don the surgeon's cap before tomorrow's procedure, remember its true meaning: woman = man = doctor. 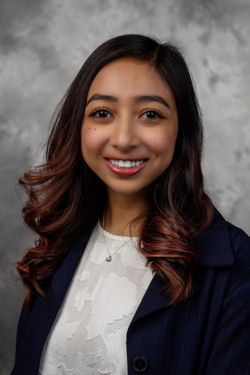 Back to the June 2021 issue of ACP IMpact