An Immigrant's Journey to Medical School

I was born in Shanghai, China. In September 2000, my parents and I left behind our family and friends, a language and culture dear to our hearts, and social and financial stability to immigrate to the United States. I was six years old at the time. Although I don't claim to have fully understood the weight of their decision to start a new life, I knew that my parents were making a huge sacrifice for me. They left behind everything that was theirs so that I could build a better future for myself.

Little did I know that once we stepped off the 15-hour flight, everything would change. My father went from being a general surgeon in one of Shanghai's busiest hospitals to working as a postdoctoral fellow in a research lab. My mother went from being an office administrator to working as a dishwasher at a Chinese restaurant because she spoke not a word of English. We traded our spacious two-bedroom apartment in Shanghai for a tiny studio in downtown New Haven where we set up makeshift tables out of cardboard boxes and slept on dingy mattresses laid directly on the floor. I remember the tremendous uncertainty that permeated every day as we struggled with life's simplest tasks, like where to buy fresh groceries without markets set up along every street or how to get around town without understanding what any of the street signs read. But change didn't scare me; it intrigued me. I looked forward to new experiences in this strange new place. Luckily, I didn't have to look too far.

Within a few days, I enrolled in a nearby public school, where minority students comprised over 90% of the student body. It was the first time I saw people with so many beautiful shades of skin, eye, and hair color. I stepped into this overwhelmingly foreign environment with a good-natured and creatively resourceful attitude. In response to language barriers that stood in the way between me and the other kids, I improvised an elaborate system of hand gestures and facial expressions. By answering questions with the wrong answers, I learned from my mistakes. While playing with my peers, I gained an open-minded acceptance of others and the confidence to learn from and connect with those who were very different from me.

But change didn't stop there. In 2002, my mother gave birth to my younger sister, a gift that wouldn't have been possible under China's strict one-child policy. A year later, my family moved again. This time, it was to the little town of Sioux Falls, South Dakota. Due to the less than 2% Asian population, I became acutely aware of my racial disparity. Despite formidable challenges, I was again able to adapt. I worked to carefully integrate my Chinese culture and values as well as those acquired from my time in New Haven with those of my new hometown. In exchange for sleepovers and movie nights, I shared ethnic foods and holiday traditions with my new friends. Seeing their faces light up as I taught them to hold chopsticks, I realized that in spite of our differences, we all shared a common desire to befriend each other, to learn about diverse cultures, and to take on a more holistic perspective of the world.

All my life, my parents have provided everything that I needed, but have always taught me to work hard and earn for myself everything that I wanted. Growing up as an immigrant, I learned to be independent and resourceful from a very young age. It became second nature for me to translate from English to Chinese in any setting, to take on as many responsibilities as I could for my family, and to ensure that my younger sister won't make the same mistakes I did due to cultural misunderstandings or language barriers. Being an immigrant is not just a label to describe myself. It permeates every ounce of my identity and is reflected in every action I take.

With the social and economic support that I received while growing up comes a compelling need to give back in any way that I can. My desire to help others who are faced with much greater challenges than I've ever encountered and to reach out to those left on the margins of society pushes me to pursue a career in medicine. Physicians are afforded the precious opportunity to heal the weak, to repair the broken, and to comfort the disheartened. I can only hope that someday I deserve such great responsibility and carry it through to the best of my ability. As an immigrant, I believe that my background will allow me to better empathize with my patients, to see through their wounded bodies and into their resilient souls. When I address the homeless man who presents to the emergency room with a wound that has progressed much too far after a series of missed appointments, I can relate to the anxiety that comes with interacting with the complex healthcare system at a time when survival is the primary concern. When I meet the non–English-speaking immigrant mother cradling her sick daughter in distress, I can feel how her worries are magnified a thousand times by the language and cultural barriers she faces in communicating with her care providers. This powerful ability to reflect on my past experiences to empathize with my patients gives me the chance to develop a deeper and more personal sense of connection—an essential first step in earning trust. Coming from a place of understanding inspires me to do everything I can to serve my patient's needs beyond prescribing the appropriate therapies. Something as simple as a smile, a warm cup of soup, and maybe even some of the gestured communication I learned from my elementary school days may just do the trick. 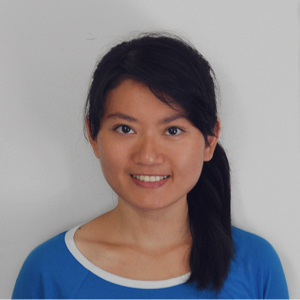 Saisai Chen
University of Pennsylvania School of Medicine
Class of 2020

Back to the December 2018 issue of ACP IMpact