Having a Global Mindset in Medicine

I have been involved with ACP since my second year of medical school. It has been a privilege and an adventure.

I first joined the ACP Japan Chapter Conference with a professor from my university, and I remember going to the conference not expecting much, thinking it would be an endless series of lectures about difficult medical topics I did not understand. I was surprised to find that the conference was unlike any other medical conference I have been to before—it was interesting, and the lectures were about unique topics concerning various aspects of medicine, not only medical skills and knowledge. The first lecture I heard was by an American doctor talking about the social determinants of health and how they affect medicine and health care in the U.S. I found the lecture intriguing because discussions of these topics are held less often in Japan, where there is less diversity in race and background. I was completely hooked. I have joined the ACP Japan Chapter student committee and actively participated in the ACP Japan Chapter Conferences every year.

Since joining the ACP family, there are many interesting things I have learned and noted about ACP, medicine in Japan, and medicine in general that I would like to share.

First, I have learned that medicine is global, and the basis of medicine is the same in every country. All doctors have a common goal: to help patients. Every year, I attend the ACP Japan Chapter Conference. Several physicians from other countries, mainly the United States, also attend and we have an opportunity to gain new perspectives by learning what medicine is like in other countries. English is not the first language of many Japanese physicians at the conference; however, physicians from around the world communicate through the common language of medicine. There is understanding among doctors and respect toward one another. I always enjoy this atmosphere in ACP that is open freely for academic discussions.

Second, I believe that there are many things you can learn from the medicine being conducted in other countries. For example, America is the leading country for medical research and the number of research papers published annually surpasses any other country. I believe Japan can learn from America, especially in the field of clinical research and pharmaceutical development. Also, many Japanese oncologists study clinical practice in America because oncology is still a relatively new and developing field in Japan. Meanwhile, Japan is advanced in gastroenterological endoscopy and basic medical research such as iPS cells, which was a groundbreaking discovery back in 2007. Each country has its own unique medical advancements. I have only given a few examples but imagine! With all the countries of the world in the picture, what we could accomplish if we learn from each other.

Finally, I have learned that it is a physician's duty to communicate with physicians in other countries and exchange information, to think together on how to make medicine even better. I have heard some of my classmates in Japan say, “Why do I need to know what medicine is like in other countries? Why do I need to read research papers published in other countries? It's not like I plan on leaving Japan.” I had also had these thoughts—whether it is necessary to look beyond the community of people you are going to be treating. However, I have realized that medicine is a global field, and we need more brains working on the same problems because we share many of the same problems. With increased accessibility to travel, infections spread quickly across the globe. Many countries are facing the same challenges, such as an aging population and increased lifestyle-related illnesses. On top of that, there are various medical differences among people of different races; for example, even with the same BMI, Asian people are more likely to acquire type 2 diabetes than Western people. These are all things to keep in mind when treating patients of different races. I realize that if I want to provide the best medicine to my patients, I need to broaden my own perspective by studying medicine in other countries and cooperating with physicians around the world.

In an increasingly global world, where medical technologies are advancing at a rate faster than ever, I have learned through ACP that medicine is a global field and physicians around the world must cooperate and learn from each other. I hope to look beyond the scope of my own country and always be aware of advancements and trends in medicine on a global scale. 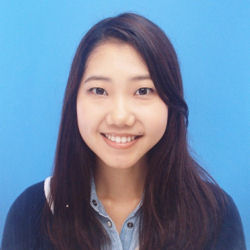 Back to the April 2019 issue of ACP IMpact