“Look what I can do!” Michael had a childlike appreciation for the world around him. He always hoped that other people would share his sense of wonder. In this instance, he marveled at the flexibility of his own fingers. He showed me his daily finger exercise routine, saying, “You can do it, too! Give it a try!” I noticed how his fingers playfully danced with the beams of sunlight shining through the sixth-floor window. It was remarkably sunny for a mid-January day, and Michael's bright mood made the locked unit feel less tense than usual.

Michael was always full of energy. I met him on the first day of my inpatient psychiatry rotation. The first thing I noticed about him was that he perfectly embodied the textbook definition of a patient with mania. However, soon enough, I began to see him for who he was: a 35-year-old professional pianist and a brilliant mind. I excitedly followed the tangents of his long-winded stories, piecing together details of his life, which was fraught with complex relationships and interesting characters.

His animated way of describing his life made it sound like a movie. I trusted the information he was able to provide, but some details were missing. He explained the events leading up to his hospital admission. “I left my mom's house in Virginia the day after Christmas. When I got close to Baltimore, a cloud of sleepiness overcame me, so I found a spot in Patterson Park to rest. While I was sleeping, someone broke into my car and stole my Christmas gift. I was so angry that I started punching trees.” I believed him about his gift having been stolen, but I could never convince him to divulge what the gift actually was. I pictured a big box, wrapped in shiny red paper and tied with a bow, sitting in the backseat of his car.

Michael was gifted in both art and science. As soon as I arrived on the unit every morning, he approached me right away to show me the machine designs that he'd spent the previous night sketching. They were exquisitely detailed and based on valid mechanical principles.

“By the way, did I tell you I was premed at OU?” He double-majored in biology and physics. He then decided to pursue a master of fine arts degree in music performance instead of going to medical school. He suggested I check out famous pianists like Martha Argerich, and I listened to her concerts while typing my daily progress notes. I had been a competitive pianist myself only to quit abruptly during my teenage years, and Michael helped me reconnect with my own artistic side.

Yet, there was one thing about our conversations that wasn't fun. Michael didn't want to take lithium, and convincing him to do so was a challenge After a few doses, he declared that lithium was not for him. The way he put it, “The drug ravages my insides.” In other words, lithium caused him to have explosive diarrhea. Plus, he said, there was no noticeable benefit.

We talked about how the drug needed to reach a certain concentration in his blood in order for it to start working in his brain. Nonetheless, he signed a 72-hour notice, which meant that he could leave the hospital within 72 hours unless we felt that he posed a threat to himself or others. He had come down from his exasperated, tree-punching state, and we were only keeping him in the hospital for the lithium trial. Our social worker wanted to help him secure stable housing, but Michael assured us that he had already booked an Airbnb. He left the hospital on a Friday afternoon.

I worried about Michael over the weekend. The weather was unforgiving, as were the streets of Baltimore. I hoped he had not slept in his car or gotten robbed again. The following Monday morning, I talked about my concerns with the attending physician on our inpatient team; she was worried, too. We both noticed that the day was exceptionally dull without Michael's vibrant personality.

When the day was over, I gathered my belongings and walked down the six flights of stairs to the hospital's main lobby. The lobby was curiously lively, and I heard music underlying the chatter. There, seated at the piano in the far corner of the room, was Michael. He was dressed in a polo shirt and jeans instead of his navy sweatsuit. His body swayed as his fingers danced across the keys. He played a jazzy melody. I waved to him, but his eyes were closed. He was totally engrossed in his craft.

There was something mysterious and transcendent about seeing Michael at the piano. In that moment, I realized that it did not matter to me whether Michael took medication. I just wanted the best for him, and I had to accept that his “best” might not involve medication. I would no longer consider it a failure that he left the hospital on his own terms. At this point, any attempt to diagnose and treat the complexities of his mind would serve no purpose. Instead, I let Michael's incredible talent fill me with awe. I closed my eyes and relished in the curious forces that made this moment possible.

Physicians often speak about the human body with a sense of wonder, marveling at its stunning resilience in the face of illness. Rarely do they express wonder at the resilience of the human spirit. In meeting Michael, I learned that humility toward our patients is a prerequisite for wonder. Every patient has a story that can evoke wonder, whether it involves the suffering they have endured or the joy they have received. If we humble ourselves to truly hear our patients' stories, we open ourselves to the possibility that wonder will infuse our daily encounters. 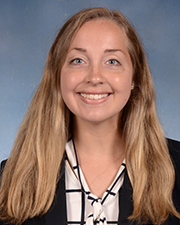 Back to the September 2021 issue of ACP IMpact