Everyone always says you remember your first time. Your first cardiopulmonary resuscitation (CPR) on a real human. Your first critical patient. Your first death. We, as medical professionals, get to share moments with patients going through vulnerable phases in life. Being able to share moments with those who are hurting, grieving, and healing is a privilege and honor like no other. Day in and day out, we see patient after patient, with the reality being that chances are they will remember us more than we will remember them. However, there are always a few patients that we carry with us forever. For this story, I will call my patient John Doe. This carried with it many a first for me.

It all took place during my night float weeks. I helped the senior resident that night admit a patient with acute pancreatitis. Later that night, we found on computed tomography that he had necrotizing pancreatitis, rapidly worsening his prognosis. He needed an emergent surgical evaluation and close monitoring. We admitted him to the intermediate care unit, started him on intravenous fluids, and made sure he had a good pain regimen in place. At this time, I didn't think much about him or his prognosis other than how to manage a patient being admitted for acute pancreatitis. Fast forward a few nights. I was still on nights, and we got a code blue call in the hospital. At 5 a.m., we run upstairs, our hearts beating rapidly, not knowing what to expect. To my surprise, I see Mr. Doe, lying there with no pulse. We, the night team, with the help of the intensive care unit team, start the advanced cardiac life support protocol. We initiated high-performance CPR, making sure we had our A, B, Cs in line. Airway. Breathing. Circulation. Most of the time, I was assisting in CPR, switching in every two cycles. I could feel myself tiring. It felt like my arms were going to give way—100 to 120 compressions per minute with full recoil, for a total of two minutes at a time. In that moment, two minutes felt like two hours. There was a lot going on that I couldn't really follow at the time. I was focused on the task that was given to me by my resident. The code ran for about 50 minutes before they called it. Mr. Doe was pronounced dead.

I went downstairs to the call room after. I was in shock. I had so many thoughts going through my head. I went to the bathroom and splashed some water in my face, hoping it would snap me out of it. Why was John not taken into surgery? What caused his code? What will his family go through? He was so young. A man in his early 30s. His life cut short. Slowly, I start to recall what was going on during the code. Lots of epinephrine. They tried naloxone. His abdomen becoming more and more distended. His skin more and more pale. His body lying there as if it were made of rubber. The team was running through the H's and T's for causes of cardiopulmonary arrest. All of them coming up short. What happened? I guess I will never know; the patient's father had declined the autopsy. At least Mr. Doe was at peace. This incidence was my first code blue I was involved in. It was my first time doing CPR on a real human. It was my first death as a medical student and future health care professional. And he was my patient. I recalled the history I took when he was in the emergency department. Remembering the pain he was feeling at the time of admission. How he promised to stop smoking cigarettes and drinking alcohol if he got through this.

When I first met Mr. Doe, I thought all he was going to teach me was how to manage a case of pancreatitis. Ultimately, I learned much more. He showed me that I'm capable of acting and assisting in a high-stress code. I'm able to perform CPR for an extended amount of time. I'm sure adrenaline helps with that too. I learned that try as we might, death is a part of life, a part of the job. It's okay to grieve our patients. I'm still trying to gather everything that John Doe taught me, but one thing is for sure: He was my first [death] and I will never forget him. 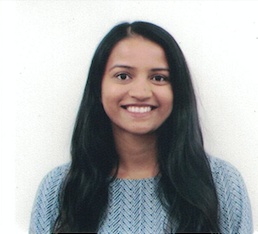 Back to the May 2021 issue of ACP IMpact