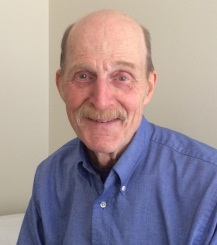 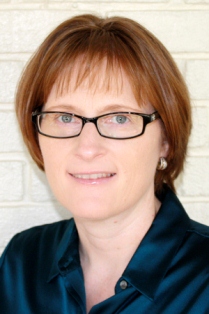 Despite the administrative complexities and burdens that private practitioners face in today's healthcare environment, ACP Governor, Dr. Alice Lawrenz Fuisz, FACP, and her father Dr. David Lawrenz, FACP, a retired private practice internist are two physicians who wouldn't trade the independence, the patient-physician relationships, and the continuity of care unique to private practice.

Dr. Fuisz joined her father's practice, the Washington Internists Group, LLC, in 2000 and the two worked together for 10 years before her father retired at the age of 78. The two physicians have much in common. Both graduated from Amherst College with a liberal arts education before attending medical school, both play bridge and love to exercise (tennis and golf for him, spinning and swimming for her), and both are avid readers.

But there are differences between the two. Dr. Fuisz describes her dad as a gentle soul, a quiet man who is easygoing and loves poetry. She, on the other hand, has a more take-charge personality, and likes to organize events and does not shy away from issues or the limelight.

Dr. David Lawrenz was born in Sharon, Connecticut, the eighth of 10 children. His father was a farmer with a third grade education who emigrated from Germany at the age of 16. His mother had a high school education and loved to read. Despite the demands of farming and raising 10 children, Dr. Lawrenz recalls, "One of my most distinct memories is my mother reading, just one book after another."

Dr. Lawrenz inherited his mother's passion for reading and excelled academically. His performance did not go unnoticed or unrewarded. When the local barber heard about his grades, he introduced him to the headmaster of Hotchkiss, one of the foremost college preparatory schools on the east coast. Dr. Lawrenz not only received an academic scholarship to Hotchkiss, but to Amherst College as well, one of the top liberal arts colleges in the nation; and then, on an ROTC scholarship, he got a medical degree from Weill Cornell Medical College in New York City.

After completing his residency at Strong Memorial Hospital in Rochester, NY, Dr. Lawrenz did a Fellowship with a researcher in Boston who specialized in kidney disease, but decided that research was not for him. He then committed two years of service to the military, a requirement of his ROTC scholarship, and served at Andrews Air Force Base in Washington, DC where he took medical histories of servicemen about to be discharged. It was during that period that he met Dr. Werth Daniels, a physician who had a private practice in the District of Columbia. Dr. Lawrenz joined the practice and remained there for 46 years.

Dr. Lawrenz enjoyed private practice, "I liked having personal contact with patients and developing relationships with them and their families." In the course of a 46-year career, he witnessed many changes in medicine. "Knowing when to refer a patient to a specialist and then maintaining the continuity of care was a challenge," says Dr. Lawrenz. "And of course, there were no computers or electronic records in the early years. I wrote everything and used shorthand. But of course, Alice relies heavily on the computer in her practice."

The establishment of Medicare in 1966 was another huge change for practitioners and patients alike. "It was a godsend really," says Dr. Lawrenz, "but there were some who thought government was being intrusive, and would use the program to look at our records and dictate how we could practice medicine." Another change in medicine was the evolution of internet-savvy patients. "Patients are getting very sophisticated which can be challenging for doctors," says Dr. Lawrenz, "but having well-informed patients is actually helpful to doctors. They come in sooner, ask good questions, and follow up with tests."

Now 82, Dr. Lawrenz still plays tennis three days a week, and enjoys playing golf and bridge. His first wife, Betty, died of Alzheimer's at the age of 71. He later remarried Ann Hartman. The couple play bridge on weekends with Alice and her siblings, are passionate about the arts, and enjoy summer trips to Chataqua, NY, a retreat that offers concerts, lectures and classes. A true internist, Dr. Lawrenz is committed to life-long learning. He is currently learning to paint with watercolors and is always reading, writing, and reciting poetry.

Dr. Alice Lawrenz Fuisz grew up in Chevy Chase, MD, the youngest of five. "I knew I wanted to be a doctor from a very early age," she admits. "Obviously, not because of any academic interests at that age, but because I could see that my father loved what he was doing and I liked the concept of taking care of people."

"I remember sitting in the car with my mother and my siblings after church on Sundays waiting while my father would visit patients in the hospital," recalls Dr. Fuisz, "And I remember him answering his beeper and being on the phone a lot when I was a child, but for the most part, we had a very traditional family life and he was home every night for dinner." 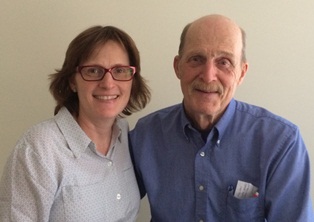 Like her father, Dr. Fuisz was an excellent student. She was President of the student government in high school and graduated with honors from Amherst College. At Amherst she was in the pre-med group, but Amherst is a liberal arts college, so she majored in English. "Getting credit for reading novels, how great is that?" she laughs.

To avoid the pressure of taking the MCATs while doing her senior thesis, Dr. Fuisz took a year off after Amherst and worked in a lab at the National Institutes of Health. She earned her medical degree at Georgetown University School of Medicine where she met her husband, Dr. Tony Fuisz. The couple married during their fourth year and couples-matched at Oregon Health Sciences University in Portland, Oregon.

"I knew I wanted to do primary care," says Dr. Fuisz, "but I also considered specializing in Neurology. Like medicine, it's intellectual, there are lots of puzzles to figure out and physical examination is so critical, but in the end I liked the concept of continuity of care. I grew up watching my father take care of people for 40 plus years. To enter people's lives and to be a doctor that people trust is really an honor."

Dr. Fuisz and her husband left Oregon after he was offered a cardiology Fellowship at the University of Alabama Birmingham (UAB). Their first child, Richard, was born during Dr. Fuisz's third year of residency and so she opted to work part-time at UAB practicing internal medicine and teaching residents in the General Internal Medicine Division headed by Robert Centor, MD, MACP, former Chair, ACP Board of Regents. Richard is now 20 and a college sophomore at Stanford majoring in bioengineering. Dr. Fuisz's second child, daughter Grace, is a senior in high school who is waiting to hear from colleges.

After five years in Birmingham, the young family moved to Washington, DC. "It was good timing for us," says Dr. Fuisz, "I wanted to be near my mom who was then sick with Alzheimer's, my husband was hired to start a cardiac MRI program at Washington Hospital Center, and there was room for me to join my father's practice." "I always imagined that I would work with my father," says Dr. Fuisz. "There was really no downside. My father is an easygoing person and a great team player, and I immediately had someone I felt comfortable asking questions."

Like her father and his partners, Dr. Fuisz believed it was important to be a member of ACP. Dr. Dick Perry, one of the senior partners in her father's group was then ACP Governor of the Washington, DC Chapter and encouraged her to attend chapter meetings. She quickly got involved in the women's group and for several years served as the co-chair of the Women in Medicine section of the Chapter before running for Governor. Dr. Fuisz is the recipient of ACP's Maher Laureate award and the chapter leadership award for her work with the Women in Medicine group.

"ACP is our community, our medical home," says Dr. Fuisz. In her role as Governor of ACP's Washington, DC Chapter she has focused on expanding networking opportunities. "It's important to get out of our silos and to network with peers. In DC, we're all in driving distance of each other so we are able to have a lot of in-person events. I think physicians really enjoy that."

With the help of Laurie Duncan, MD, FACP, Dr. Fuisz developed a salon program. A small group of members meet in her home, have dinner, listen to speakers and discuss topics of clinical or political interest. Events have included presentations on skin rashes and ear-nose-throat conditions, and discussions about Obamacare. Drs. Fuisz and Duncan keep the topics fresh and the logistics simple-the meetings are limited to 20, a catering company prepares the meals, Dr. Duncan provides the delivery service, and participants throw in $20 to cover costs.

Dr. Fuisz agrees there are too many burdens on physicians today and she understands why that drives many to seek employment over private practice, but she is quick to add, "I love having control over my own schedule. When you work for someone else you are told how many patients you need to see and you are always encouraged to see more."

"We used to say that internists were the smartest kids in the class," she says, "It's unfortunate that money has become a carrot luring those students away from internal medicine." For her, the rapport she has with patients and the investigative challenges of internal medicine are the real carrots. "You walk into a room and you have no idea what a patient is going to tell you. I recently saw a patient who came in for a routine pre-op appointment and discovered she was suffering from depression because of the recent death of her sister."

Like getting credit for reading novels, Dr. Fuisz is getting paid to be a part of people's lives-discovering their problems and finding solutions that help them-how great is that?