Allies in the Treatment of Opioid Use Disorders

“I have my life back,” she told me. I was sitting across from a woman who had just finished sharing her story of addiction and now freedom. Several years ago, she had a complicated delivery of her child and stayed in the hospital for a few days after her cesarean section. She remembered severe pain. She also remembered opioids being prescribed for her as the solution. She told me they were handed to her by hospital staff with well-meaning winks and innuendos like, “Get them while the gettin’ is good.” She went home with a prescription for hydrocodone. It was for 30 days and had several refills. She refilled them and diligently took them as prescribed. At first it was about getting better. Then it became about staying good. Finally, it was an all-out battle to avoid feeling terrible. She looked down at her feet as she told me how long it took her to realize she was addicted. It took her too long—too long to realize it and too long to seek treatment.

I have had the privilege of rotating through an addiction clinic this year, and I've heard so many stories like this one. It surprised me how many of these stories contain a medical professional who jokes about opioid use or presents opioids as the solution to pain. Dr. Christopher von Elten is the founder and medical director at Addiction Allies, a central Virginia substance abuse treatment center. He says the biggest problem in health care surrounding addiction is “a true understanding of and empathy for the complexity surrounding the disease.”

The opioid epidemic will be a part of our future no matter what specialty we choose because we treat pain. As physicians, pain is the enemy—but somehow, we are still losing. We can feel beat down by the patient who rates their pain a 10/10 but appears completely comfortable. While it may be easier to write a quick prescription for opioids, we know that every patient doesn't need it. Whether we perpetuate the opioid epidemic with a stroke of a pen or spend the time to explain other options is up to us. It is our duty to know what other options exist, which in my experience is where we need the most help. Resources include pain clinics, behavioral therapy, methadone clinics, and buprenorphine clinics. I'd like to recommend and explain the latter on the basis of my experience at Addiction Allies.

Buprenorphine is an opioid partial agonist. It can be combined with naloxone, an opioid antagonist. The combination of the two come in different forms: a sublingual form, Zubsolv; a sublingual film, Suboxone; and a buccal film, Bunavail. The mechanism is that the buprenorphine binds the opioid receptor, which prevents the patient from going into withdrawal but does not give the same “high” that an opioid would. The naloxone is not absorbed unless the medication is misused. If the medication is inhaled or injected, the naloxone is present to send the patient into immediate withdrawal. It's a basic safety mechanism. Dr. von Elten says that buprenorphine's mechanism makes it “safer and easier to use than full agonist medication therapies, allowing people to be less restricted in moving their lives forward.” For this reason, he has had much success in treating people with opioid use disorders. His clinic is even expanding to include a pregnancy program, and he has offices all over central Virginia.

I was able to meet over 100 patients in addiction recovery receiving buprenorphine. Each one had a story about how it changed their life for the better. The drug controls their cravings and minimizes their pain, allowing them a chance to break the cycle. It allows them the freedom to get their life back in order without experiencing flu-like withdrawal symptoms and without being high. The goal is to slowly wean them off buprenorphine with minimal side effects. Most clinics also mandate at least one cognitive behavioral therapy session per month. These sessions focus on providing patients with tools to cognitively regain control of their decisions and relationships. With the support of the team, these patients have gotten jobs, had healthy babies, and purchased homes. Their addiction no longer defines and incapacitates them. It no longer drives them to make poor decisions financially, socially, and relationally. They now have a chance.

So why haven't you seen this medication prescribed in the average family medicine clinic?

Doctors who can prescribe the medication have taken an 8-hour class on addiction treatment and have applied for and received a special DEA number. Once approved, they can treat only 30 patients for the first year; their patient load can then increase to 100 patients, but they are continually limited for each additional year.

When I've met patients in desperate need of addiction therapy, I remember Dr. von Elten's encouragement to me to treat this disease “like any other medical issue, with compassion and knowledge.” My compassion has grown out of interactions with those in recovery. In primary care, the best we can do is make the proper referrals and take opioid addiction seriously. Dr. von Elten recommends, “Primary care providers should familiarize themselves with the problem, and recommend treatments and local referral sources … and even consider becoming treatment providers within their own groups.”

I have come to understand that, although pain is still the enemy, addiction is a disease that I do not want to perpetuate. Treating pain is more involved than simply providing a prescription with refills. Treating pain is too delicate for medication flippancy. Let's treat pain, by all means, but let's also give patients their lives back. 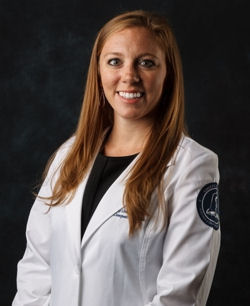 The views expressed in Student Perspective articles are those of the writers and do not necessarily represent the views of the American College of Physicians.

Back to the March 2020 issue of ACP IMpact