Dr. Jay Bhatt on becoming an agent of change in an underserved community 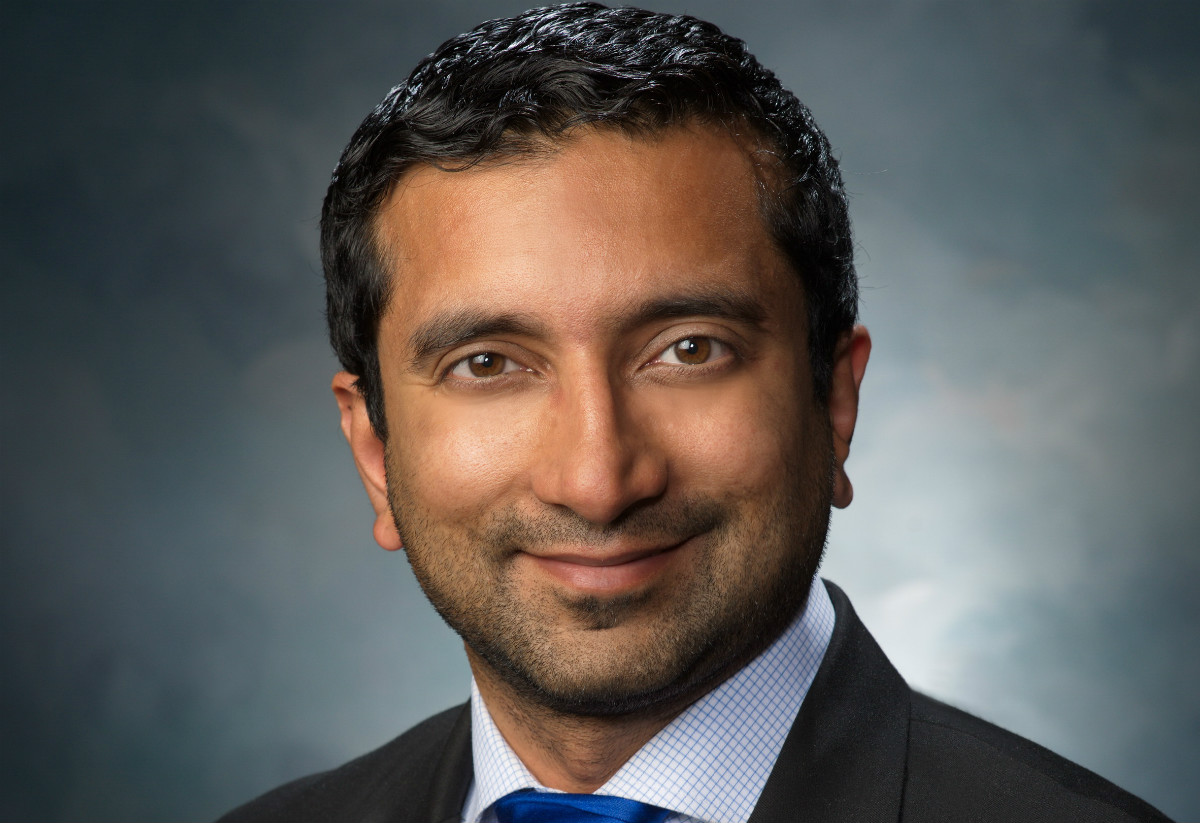 — FELLOWSHIP —
Geriatrics at the University of Michigan

Watching his father work as the neighborhood pharmacist in Chicago, Dr. Jay Bhatt was exposed “to the challenges of vulnerable populations and how a safety net delivery environment works.” His father's work inspired him, shaped his decisions, and influenced the outcome of his life. “Because of that, I wanted to be a doctor in underserved communities as a vehicle for social change. I wanted to come back home and partner with communities and change their future. I wanted to have the opportunity to be working on impact at scale.”

Through spending time with his father at work, Dr. Bhatt "saw family practitioners and pediatricians, and I recognized them as a really diverse group transforming people's lives. I saw the opportunity to introduce science through a sense of humanity and help people realize their own potential for health.”

Today, Dr. Bhatt serves as the Chief Medical Officer of the American Hospital Association in Chicago, IL. From that position, he worked with the Chicago Department of Public Health on projects based in big data and predictive analytics to address community health issues. For example, Dr. Bhatt was part of a team that used data to build a model “predicting which pregnant women and children are most likely to be exposed to lead” in the city. This predictive modeling has helped the community, as clinicians “are getting to kids much earlier to have them tested and getting to mothers even before birth to help them.”

That's the type of large scale, impactful community work Dr. Bhatt is up to today; but, what initially drove Dr. Bhatt to a career in community-based care happened at a barbershop in the late ‘90s.

Haircuts for the price of a doctor's visit

Dr. Bhatt found his first opportunity to impact a community through medicine in a meaningful way thanks to a chance meeting. During college, Dr. Bhatt “walked into a barbershop and met a black man who started talking to me about his struggles with accessing care.” This man's story resonated with Dr. Bhatt's past and his future ambitions, and it drove him to do something extraordinary.

I thought internal medicine would give me a broad exposure to being a clinician.

Dr. Bhatt “ended up working with a team that put a clinic in the back end of that same barbershop. We [designed] it so that if you wanted to get your haircut for free, you would have to be seen by a doctor.”

This barbershop clinic developed and, according to Dr. Bhatt, “turned into a community that helped people with everything from getting jobs to changing the way they think about health care.” Dr. Bhatt knew then that he wanted to become an agent of change as a doctor in an underserved community, and he wanted to have a hand in teaching that community how to improve its future.

He knew he needed a good set of tools to accomplish this vision, and that started with a focus on internal medicine. “I thought internal medicine would give me a broad exposure to being a clinician. I was interested in going into primary care, because [based on my experience] growing up, I thought that primary care was a real way to help people reach their potential for personal health.”

Dr. Bhatt also knew that he needed more than just a degree in medicine to shape communities, so he earned his Masters of Public Administration from the Harvard Kennedy School of Government. He “needed to have additional skills from a policy development perspective and an organizational leadership perspective. If I wanted to lead effectively in communities in a nonprofit organization, I knew those additional skills and exposure would be helpful.”

Gaining insight and perspective from ACP

As a future internist, I thought that what [ACP] stood for, how they were trying to develop the next generation of clinicians and the space they were creating was really valuable.

In addition to his decision to earn a Masters of Public Administration, to gain more community shaping skills, Dr. Bhatt started looking to professional organizations for unique perspectives, experiences, and leadership lessons. During medical school, Dr. Bhatt immediately identified ACP as the organization that would provide exactly those things for his professional growth.

Thanks to local events and the leaders he met through medical school in Philadelphia, PA, Dr. Bhatt wound up attending a local ACP chapter meeting. “I really enjoyed my experience. It was thought-provoking, and has become a great place to continue to develop, build relationships and learn to solve problems.”

ACP became Dr. Bhatt's professional home because of its values and vision. “As a future internist, I thought that what they stood for, how they were trying to develop the next generation of clinicians and the space they were creating was really valuable.”

It draws a kind laugh from Dr. Bhatt to admit that he's known among his patients to this day as “the Dancing Doctor.” As a kid, he was always interested in dance thanks to his family's Indian culture. Back then, he did not realize it would save his career as a doctor. “Dancing kept me from burning out.” It kept a smile on his face through good times and bad.

As a doctor, he found himself wondering how he could incorporate dancing into his “physician's toolbox.” He would dance at his patients' bedside, pulling grins and laughs from them, too. “Dance was something that not only kept me going, but I could see the impact it had on patients and their perspective. I could see the smile that would come to their faces, from ear to ear, and it really resonated with them. So, I started teaching dance during my residency. When I came back to Chicago I had the opportunity to teach once more.”

As with his father's pharmacy and the barbershop clinic, Dr. Bhatt's dance class is “about the community it creates and the energy of people who connect in the class and make good decisions about health.” Being an agent for positive change in a community, after all, has always been Dr. Bhatt's vision.

Back to the July 2018 issue of ACP IMpact