Dr. Helen Burstin, MD, MPH, MACP, on the desire to give back and treating people with dignity and respect 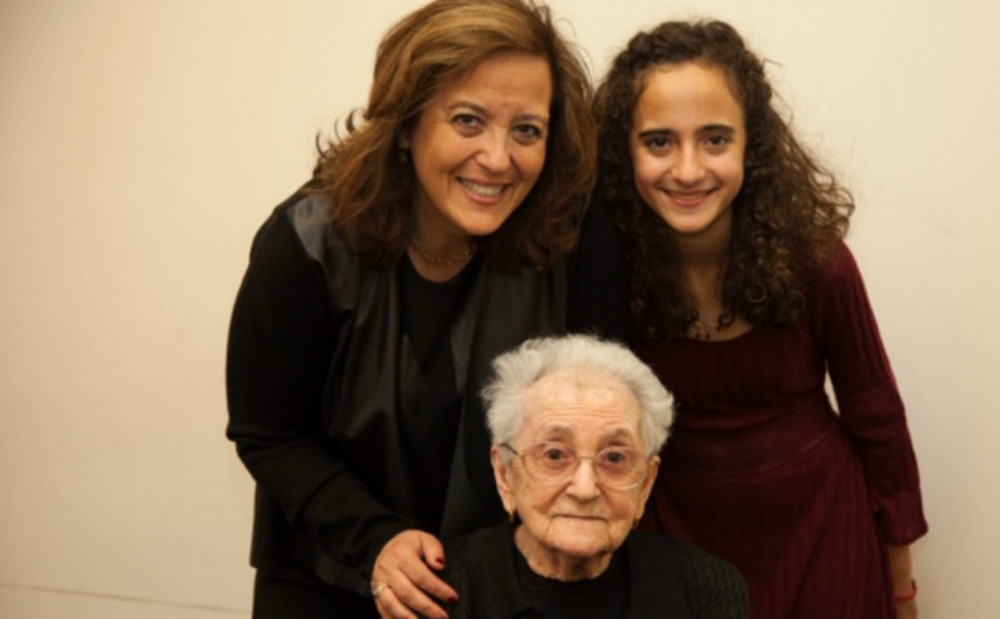 Treating people with dignity and respect, along with the desire to give back, have been the central tenets of Dr. Helen Burstin's medical career. It's a fitting tribute to her parents, European Jews who survived the Holocaust.

Dr. Burstin, Executive Vice President and Chief Executive Officer of the Council of Medical Specialty Societies (CMSS), put those tenets to work early in her career. During her residency at Boston City Hospital, Dr. Burstin treated patients at Uphams Corner Health Center in Dorchester, one of the city's poorer neighborhoods. “It was incredibly challenging to be in an environment with such high need. But I had such remarkable supervisors who helped me see the potential of what I could do in the community.”

In addition to seeing patients in the clinic, Dr. Burstin started making home visits to see patients from Uphams Corner. And it was a revelation. “Patients who seemed so incredibly complex when they were sitting in front of you in an office started to make so much more sense as you sat in their living room and saw where they lived and understood where they came from,” she says.

It was very important and grounding for me to see people in their own environment.

“Having preceptors who encouraged me to dive deeper into the patients' lives and going to their homes was extraordinary,” Dr. Burstin says, adding that the questions she asked patients in their homes took on a very different context from office visits. “I'd ask things like ‘are you not getting your medicines because they're not being delivered? What's your transportation situation?’ It gets very easy when you're in somebody's home to see how difficult it would be to get down a flight of stairs. Or understanding they live in a community where getting to a pharmacy basically is a real issue.”

“It was very important and grounding for me to see people in their own environment. And I learned more from those experiences probably than I helped them. We really got to understand what a patient's life is like, what social issues they bring to the table and how we as a team could help address them.”

Dr. Burstin loved the experience and her patients. She continued to make home visits even after her residency was finished. “I did it for two years as a resident and they asked me if I wanted to stay.” And she did—on Thursday nights for eight more years. She worked with the late Dr. Kathleen Bennett, her preceptor at the time, who then became her colleague. “She was one of those true inspirational mentors, one of the people who changed my career. She was one of those people you meet who's the exact example of what a compassionate, incredibly smart, and accomplished physician should be.”

Her parents' ordeal during the Holocaust when they were treated as less than human along with her desire to help others, made her decision to become a physician quite easy, she said, adding that she made her career choice when she was in middle school. As a physician, she could ensure that all patients received the same level of respect, dignity and treatment. As a medical student at City College of New York and the SUNY Upstate Medical University, in Syracuse, NY, she says she was always more intrigued by areas where she had a real opportunity to think through diagnoses. “And I also really loved the relationships with patients. So for me it was more about wanting to be in primary care and feeling like internal medicine provided the right breadth and depth for me. But the ability to have a relationship with patients in a longitudinal way was just something that really appealed to me. And internal medicine just intellectually appealed to me as well. So general internal medicine was the perfect way to bring those two together,” she says.

But the ability to have a relationship with patients in a longitudinal way was just something that really appealed to me.

Dr. Burstin got involved with ACP early in her career. “I've always had a strong connection to ACP and was very, very honored at the last ACP Internal Medicine Meeting to be awarded an ACP Mastership. My business card now says ‘MD MPH, MACP,’ which I'm very proud of. It really says something that my colleagues thought I had contributed to our field and patient care in such a significant way to give me this honor.” Election to ACP Mastership recognizes outstanding and extraordinary career accomplishments.

She appreciates how ACP always thinks about what is best for its members and what can be done to help improve patient care. “I've been very proud of how bold ACP has been to step out and support really important causes like the prevention of gun violence. In many ways ACP is the full package. It really does take care of our members from training all the way throughout practice, through educational opportunities and to really engage on the policy side.”

“ACP provides a collective voice for so many of us, since 25 percent of the physicians in the U.S. are internists. ACP makes sure that we're heard so that our patients get the right care. And in terms of education, Annals of Internal Medicine is an extraordinary journal. What they've been able to create is really unparalleled among specialty journals,” Dr. Burstin says.

At CMSS, she runs a nonprofit organization that is committed to working across the house of medicine to improve care, training, and the educational experience for physicians across all specialties. “The ability to think across specialties, with what we each bring to the table, and what we can do together by working together to improve care, is very gratifying,” she says. CMSS has 46 specialty society members, including ACP, which represent more than 800,000 physician members in the United States. CMSS member societies collaborate to enhance the quality of care delivered in the U.S. health care system and to improve the health of the public. ACP is one of the founding member organizations of CMSS.

Rebel with a Cause

... there's nothing that comes close to the privilege of being able to be part of patients' lives.

Dr. Burstin has been published more than 100 times in medical journals. And in all of those publications, she is credited as HR Burstin, a constant source of amusement to her family. “Jewish immigrants didn't tend to give girls middle names, and I didn't have one,” she explains. “And then when I got into high school, I thought that was really annoying and that everybody else had a middle name and I should take one. And what I mainly wanted was an initial, so I chose the initial R and have continued to use it. And in all honesty, I picked R because it stood for rebel.” She says her brother, also a physician, just shakes his head and laughs when he sees an article by HR Burstin in a prestigious medical journal.

She and her husband, a political pollster, live in Washington, D.C., with their son and daughter, who are both in high school. Even with her busy travel schedule, she tries to spend as much time as she can with her children. Her son, 15, plays guitar and is into computers. Her daughter, 16, is thinking about a medical career, which she encourages.

“You hear a lot of doctors say they'd never have a child go into medicine. And I completely disagree. We have a lot of challenges to make practicing medicine and learning more enjoyable again. But there's nothing that comes close to the privilege of being able to be part of patients' lives,” Dr. Burstin says.

Back to the January 2020 issue of ACP IMpact