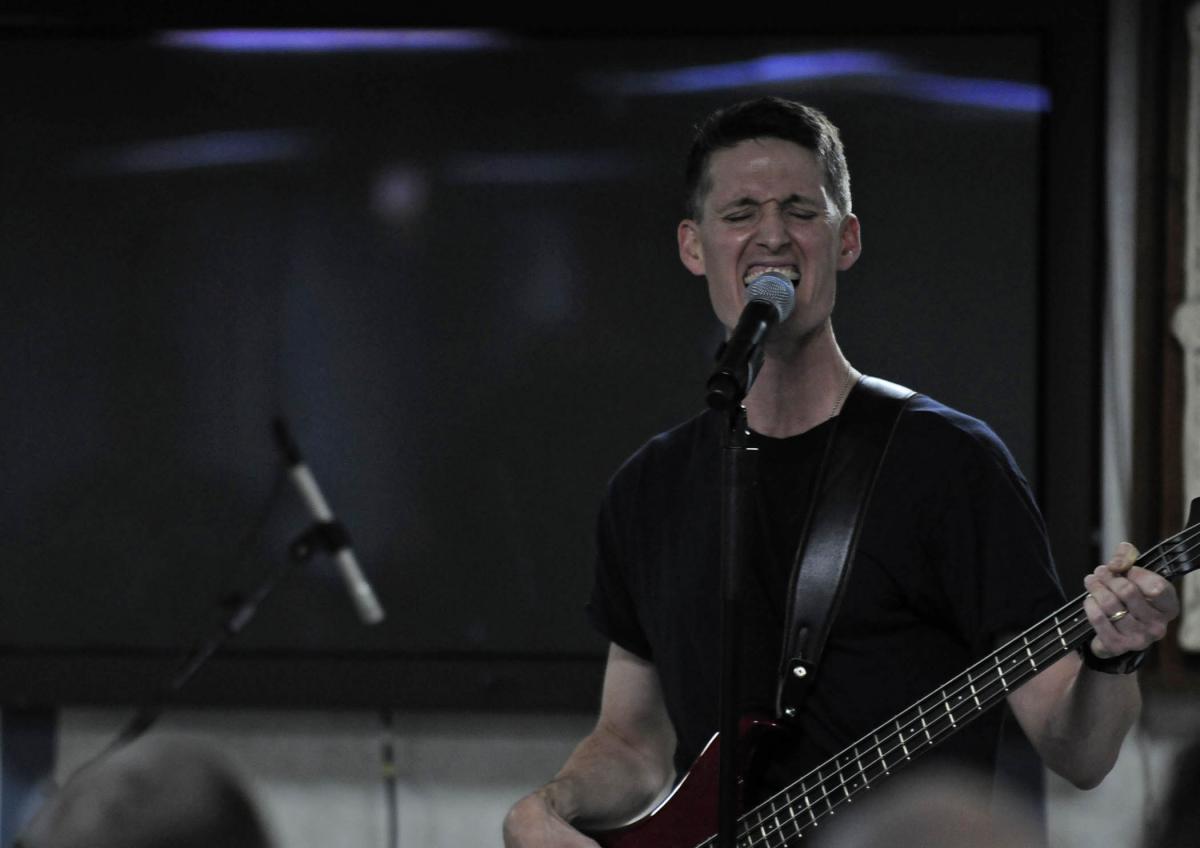 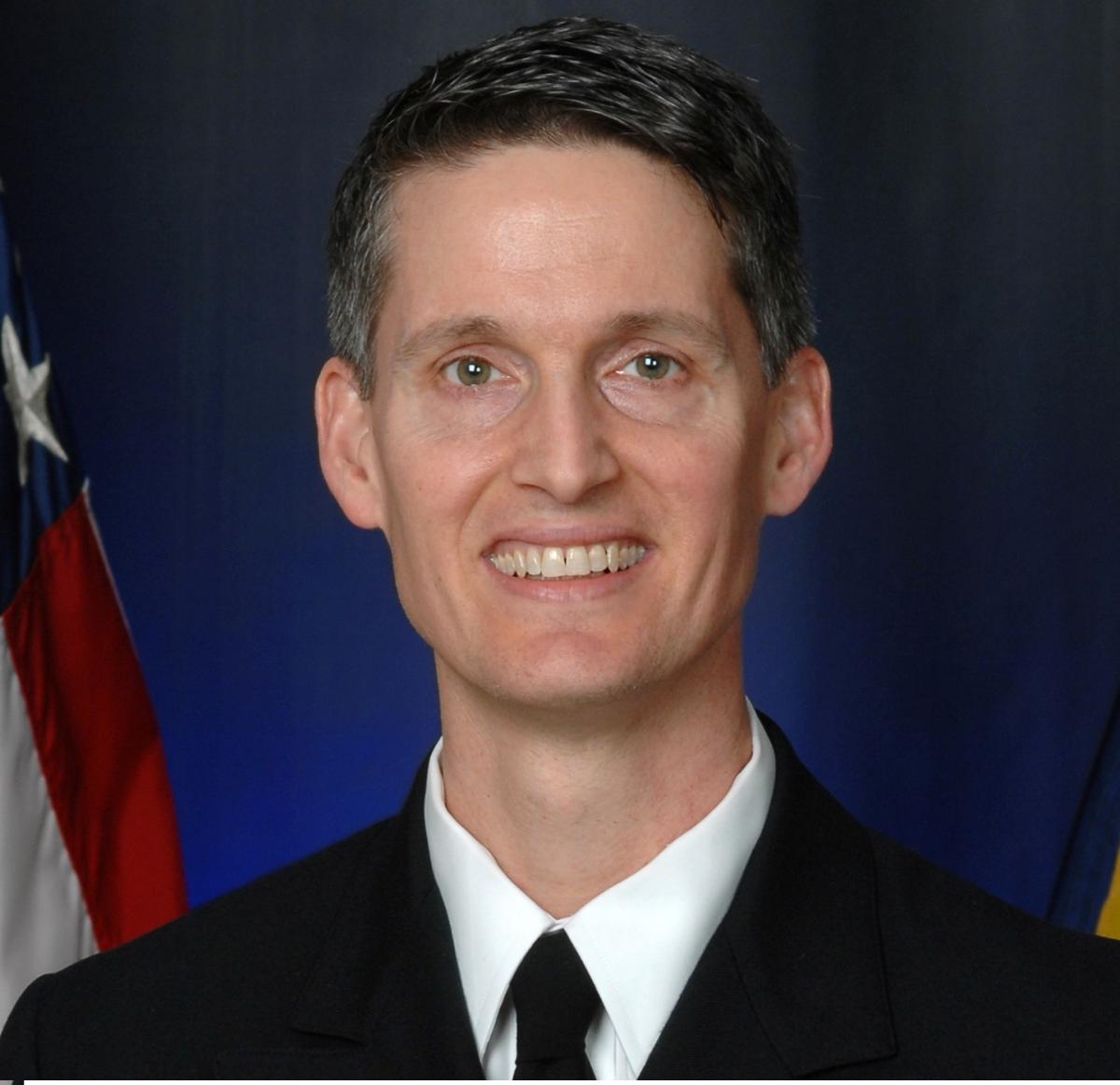 Growing up in North Texas during the ‘70s and ‘80s, Dr. Patrick Young fell in love with Top Gun when it released in 1986. Top Gun stars Tom Cruise as a young fighter pilot vying for the top of his class at an elite naval flight school. It defined cool for a generation of viewers, and, to Dr. Young, joining the Navy and flying jets “seemed like a great thing to do with your life. That became my goal.”

Dr. Young pursued his dream and attended the Naval Academy in Annapolis, MD; but, as part of a routine physical during his junior year, an eye exam ultimately diverted his plans. “My left eye had gone from being 20/20 to 20/25 in an era with no corrective surgery allowed. You had to have 20/20 vision in order to fly, so that was out. I had to make a radical change.”

“Medicine was always something I'd considered doing down the road, once I got done flying. I thought maybe now would be a good time to turn to medicine instead.”

As a chemistry major during college, Dr. Young completed all of the prerequisites needed for med school. The MCATs, however, were another matter. “I made the decision to become a doctor so quickly that I had to study for the MCATs in the back of my buddy's car on the way to spring break. That was all the studying I did. I was fortunate that my education had been rigorous enough up until then that I was prepared for it anyways. I did well enough on the MCATs to get into a good school.”

Gastroenterology is the best of both worlds

"...I think like an internist. I appreciate that holistic approach to patient care, deeply thinking about issues and enjoying the complexity that is part and parcel to internal medicine."

In medical school at Vanderbilt University, internal medicine appealed to Dr. Young's personality. He chose internal medicine over “urology or something surgical because, while I enjoy the procedural aspects of medicine, I find that I think like an internist. I appreciate that holistic approach to patient care, deeply thinking about issues and enjoying the complexity that is part and parcel to internal medicine.”

However, Dr. Young found that he still wanted to work with his hands. He loved the physical aspect of procedural medicine and wanted more of it. Internal medicine afforded Dr. Young a strong base, and he took that and dove into the gastroenterology subspecialty to satisfy the drive for a more hands-on specialty.

With gastrointestinal medicine, Dr. Young could “look at the inside as well as the outside. You have the joy of following someone longitudinally with a chronic condition; you really get to know them, you really get to know their social situation and all the other nuances that can impact someone's disease and your ability to treat it. But, you also have the things you get to do in gastrointestinal medicine that provide immediate gratification.” Perhaps a patient has an infection in their bile duct, and the treatment requires that you remove a stone and decompress it. That patient now feels instantly better, and Dr. Young found that type of medicine both satisfying and technically challenging.

That combination of “both the mental challenges that come with being an internal medicine based specialty as well as the technical challenges of complex endoscopic procedures” provided the perfect blend for Dr. Young.

"...there's just something special about ACP. I think it's because it's such a broad tent… there's broad-based and innovative thinking."

Dr. Young got involved with ACP initially as a resident, attending meetings and presenting posters. Eventually, he decided to volunteer for the Council of Associates (now the Council for Resident/Fellow Members) and was selected as the military representative. He “liked ACP as an organization. They were great advocates for residents and had well-thought-out products. ACP really seems to care about its members. So, I was interested in being more involved, and it was fantastic.”

Since then, Dr. Young has continued to be involved with ACP both on the regional and national levels. He currently serves as the chair of ACP's Internal Medicine Scientific Program Committee, and he has stayed dedicated to ACP because he feels like he constantly and consistently learns from the organization.

As a gastroenterologist, Dr. Young has been a member of four different professional societies, and he has served in three of them in similar capacities as ACP. “But there's just something special about ACP. I think it's because it's such a broad tent… there's broad-based and innovative thinking. That gets me out of my comfort zone and has me thinking about bigger pictures.” ACP has afforded Dr. Young the opportunity to challenge himself as an internist and gastroenterologist, and that has strengthened his commitment to the College to this day.

Getting the chance to fulfill a dream

In the Navy's medicine program, students have the opportunity to become flight surgeons. Unlike the Air Force and Army, the Navy actually trains flight surgeons to fly.

Following his internship at Naval Medical Center Portsmouth, Dr. Young went to Pensacola, FL, for seven months. There, he “spent 10 weeks in intensive training covering the things that may affect pilots, like ophthalmology, ENT, psychology, and more.”

Dr. Young's training with the Navy also included “aviation pre-flight with all of the people who were going to go fly these aircraft for our country.” Dr. Young even went to flight training and learned to fly both fixed-wing and rotor-wing helicopters.

As a flight surgeon in the Navy, Dr. Young visited countries all over the world. He continues to travel, including with his church to perform overseas missionary medical education. When he's not traveling, Dr. Young plays bass guitar in a band, writes music, and sings.

After seeing Top Gun so many years ago (and in spite of the eye exam that changed the course of his life), Dr. Young was able to finally fulfill his dream by learning to fly thanks to medicine.

Back to the January 2018 issue of ACP IMpact