In high school, I volunteered as Health Unit Secretary in a busy hospital in Phoenix, Arizona. As I juggled putting together a medical chart and attempting to fix a jammed printer, the unit telephone began to ring. I managed to pick up the receiver; it was the emergency room notifying us that they will be sending a new patient up shortly. Completely frustrated and overwhelmed, I began putting together yet another chart for our new patient. Before I could curse the printer that once again jammed, our new patient arrived lying in the stretcher doubled over in pain. I could hear him screaming over the sounds of the screeching wheels on the stretcher; and even over the maintenance man in the corner who was replacing a flickering light bulb. His face was twisted in agony and wet with tears.

He appeared to be a young, fairly built, healthy African American male. He had neatly braided cornrows that lined his head and a blue cut-off shirt that exposed the tattoos on his arms. He was curled up in a ball, and his knees were buried his chest while he kept repeating, "Make it stop! It hurts!" I remember feeling an overwhelming urge to run to his side and comfort him, but I didn't, I couldn't. I was just a mere high school volunteer, and I didn't know the first thing about medicine. My heart wanted to help him but my feet wouldn't move. I was completely disappointed in myself, but I had a very simplistic knowledge of medicine and was in no way qualified to help.

I rummaged through his paperwork searching for answers as to why he was in so much pain. As I scanned over the admitting orders, I found his reason for hospitalization, "sickle cell crisis." At the time, I had no idea what that was but I jotted it down in my notebook as I packed my things to leave the hospital for the night. Motivated by my ignorance, disappointed in my actions, and touched by the gentleman's pain I spent the next few years learning about sickle cell anemia.

It was not until my internal medicine clerkship that I was asked to share in the responsibility of caring for a sickle cell patient. I had spent the past 10 years waiting for this opportunity, and when it arose I jumped at the opportunity to take it. When I walked into the patient's room, there once again was a young, fairly built African American male doubled over in pain. He was begging for help and screaming "Make the pain stop!" I stood there as he held his chest and struggled to find comfort in the hospital bed. I felt like the same 16-year-old high school girl in Phoenix all over again-burning with questions, the desire to help, and the amazement that one small DNA change could cause so much anguish. The difference this time was it was 10 years later and I had the capacity to do something instead of sitting by helplessly and observing. He was now my patient.

I introduced myself and held his hand. He did not say anything but he looked at me. His eyes begged for help. In the emergency room, the patient had received subcutaneous injections of hydromorphone every 4 hours. From an article on managing sickle cell crisis, I learned that a patient-controlled pump would be an appropriate way to manage his pain. I went to my intern to ask for the patient pump, delighted that this time I was able to do something. At first, the intern did not agree and reluctantly offered to increase the dose of hydromorphone as needed. Determined to get relief for my patient, I printed out the recommended treatment guidelines for sickle cell crisis and handed it to the intern. He then ordered a pain consult, and a patient-controlled pump was issued. Compared with what the interns, residents, and hospitalists do on the medical wards every day, what I did was minuscule. But to me, it felt like I did something; my heart once again said, "Go," and this time, surprisingly, my feet went along. I felt that at that moment I took a stand and believed firmly in the management that I proposed, even though it differed from what he was prescribed. I went back that afternoon to check on him and found him lying quietly in the bed. Even though I could not take his pain away permanently, and I certainly could not cure him of his disease, I could ensure that he did not endure this experience alone. I spent the next several days talking to him, visiting him, getting to know him. With each conversation I learned that he has had a difficult time with his disease and had contemplated suicide several times because of the pain. During his hospital course, he developed acute chest syndrome and required a blood exchange transfusion.

The day before his transfer to the intensive care unit I went in to visit him one more time. He said, "Thank you for being there and for listening." That's when it became evident to me that sometimes just lending a sympathetic ear and spending time are still the best medical interventions we have. He was discharged from the hospital a week later and was able to walk out of the hospital.

Throughout my time with him, he helped me to see the patient with a disease and not just the disease of a patient. I will always remember this experience. The past decade has been a long journey for me, from working as a unit secretary to a third-year medical clerk, filled with doubts, fears, and obstacles. At that moment, I said to myself, "I can do this." 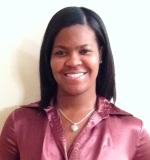 Back to January 2012 Issue of IMpact