Dr. Volberding was at the forefront of the AIDS epidemic 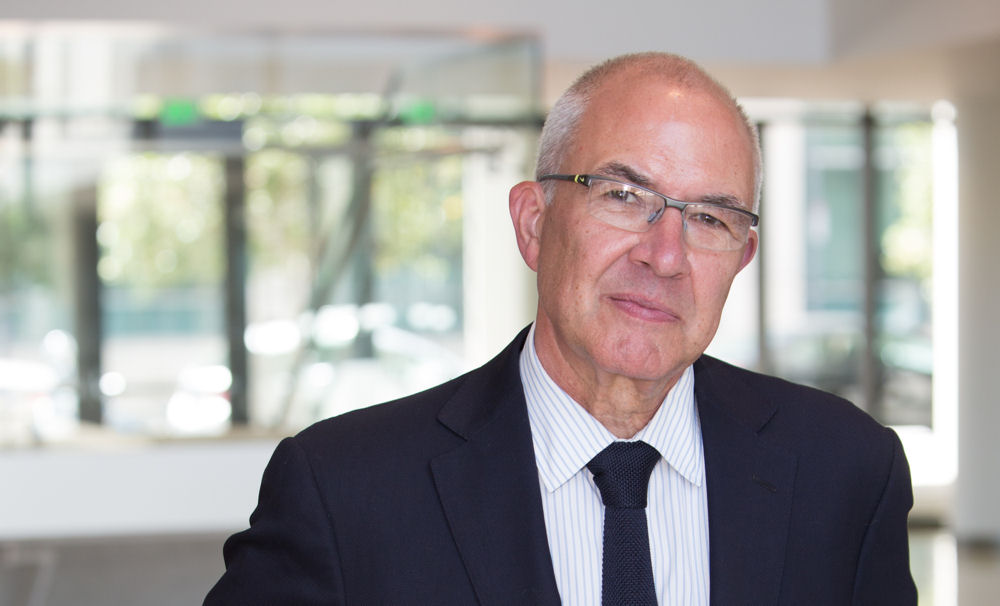 — CURRENT OCCUPATION —
Professor of Medicine at University of California, San Francisco, Director of the AIDS Research Institute (ARI), Co-Director for the Center for AIDS Research, Associate Chair of Medicine for Global Health

World AIDS Day, December 1, 2017, is an event dedicated to building awareness of the AIDS epidemic and remembering those who have died with the disease. In honor of World AIDS Day, ACP is spotlighting Paul Volberding, MD, MACP, who has devoted his career to the study of HIV/AIDS and served as a leader of HIV organizations around the world.

Dr. Paul Volberding completed his fellowship at University of California, San Francisco (UCSF) and immediately found himself on the frontlines of one of the 20th century's worst epidemics.

On the day he finished his fellowship, San Francisco General Hospital offered him the opportunity to start a medical oncology division. He took the position and “went from training to be a division chief to, literally overnight, the next day on rounds seeing the first Kaposi sarcoma patient admitted to San Francisco General.”

Dr. Volberding and his team did not know it yet, but that Kaposi sarcoma patient was the first in their fight against the AIDS epidemic. Until then, Kaposi sarcoma was considered a rare disease, but it would become known as an early AIDS-defining illness.

“My first day on the faculty was July 1, 1981. There I was facing this completely novel cancer, we didn't understand AIDS then, of course; yet, I knew early on that this was an interesting challenge that we'd been given. We decided to jump in.”

In retrospect for Dr. Volberding, there is some certainty that other patients had AIDS before. It's simply that AIDS was not a known epidemic before 1981. The team at San Francisco General saw a surge in rare and atypical diseases affecting what should be young and healthy men, and that's what really tipped them off to what was coming. They were at the “epicenter of what was to become an epidemic.”

“The early AIDS cases that I took care of were striking in every possible way. These were young people with horrible medical problems from infections to cancer, and they were dying.”

"Without planning it, we grew into this multispecialty program. We called it the AIDS Program.”

Dr. Volberding found managing the social side of the AIDS epidemic challenging, too. “Here in San Francisco, AIDS affected gay men. Our epidemic never really stemmed from injection drug use. It put me and the others that were part of that early response in a situation where we really had to invent an approach. The approach that we invented ended up being seen as an international model.”

It was this approach to care that made Dr. Volberding and his team at San Francisco General pioneers in collaborative medicine. The AIDS epidemic in the early 80s pushed them to create a team-based approach to care where doctors specializing in a variety of medicines were asked to work together with social workers, nurses and more to treat their patients. “It was a model of supportive care combined with a strong academic underpinning. It felt much better to bring services together rather than to send patients here or there. Without really planning it, we grew into this multispecialty program. We called it the AIDS Program.”

Dr. Volberding found that being an internist gave him, and others, an edge in caring for AIDS patients. “The patients with AIDS had so many complications that being a good internist, not just a good subspecialist, was really an important part of this. Many of the people that responded to the epidemic were general internists. Between that and the subspecialists, nursing staff, and social workers that we recruited, we developed a great model of team care.”

Ironically, Dr. Volberding did not always want to be an internist.

Growing up in Rochester, MN, Dr. Volberding's bedroom window looked out on the Mayo Clinic, a world-renowned medical practice and research group. Even in adolescence, he was cognizant of the research going on just beyond his home. He started his educational career with his mind set on eventually working in medical research.

While attending the University of Chicago as an undergrad and working in a research lab, he realized that he “loved the laboratory experience” so much that it took him to the University of Minnesota as a medical student working in virology towards “a research bench career.” He joined UCSF to finish his educational training in virology. “I'd always planned to do a career at the research bench, and I didn't really fall in love with clinical medicine during medical school.”

ACP has played such a large role in Dr. Volberding's life because he “always respected the broad reach of the organization and its focus on education.” He finds value in “the dialog ACP encourages across internal medicine subspecialties, as well as the inclusion of students, residents, and fellows in its programs.”

ACP helped Dr. Volberding in his work as it relates to the AIDS epidemic, too. ACP served as a source of education “especially in the earlier AIDS epidemic when the field was changing so rapidly,” and the College “has included many educational programs in HIV as well as the work published in the Annals of Internal Medicine.”

Dr. Volberding has remained actively involved in ACP since joining as a resident. His family has “a long history with ACP,” and his wife, Molly Cooke, MD, MACP, is an ACP past-president, serving in 2013-14. Dr. Volberding himself was awarded Mastership in 2014. Masters must be highly accomplished persons demonstrating eminence in practice, leadership, or in medical research.

He has held leadership roles in HIV organizations around the world, including serving as the President of both the International AIDS Society and the HIV Medicine Association of the Infectious Disease Society of America. He founded and still serves as the Board Chair on the International Antiviral Society-USA and is the editor of several scientific publications, including the Journal of the Acquired Immune Deficiency Syndromes. In all of this work, Dr. Volberding finds value in ACP.

The patient that made him an internist

"...[my patient's] family's faith was so important that he couldn't really talk to his wife about this realization that he was dying, but he could talk with me.”

It was during his residency that one patient, in particular, started Dr. Volberding down the path towards oncology instead of virology.

As a resident, Dr. Volbedring “took care of a devout Christian who basically was a faith healer. He was dying of a very advanced anaplastic thyroid cancer. It turned out that his family's faith was so important that he couldn't really talk to his wife about this realization that he was dying, but he could talk with me.”

The human intimacy with this patient resonated with Dr. Volberding. It was then that he realized that he “was in this amazingly privileged situation where, because I was a physician, I had an intimate connection with this man. I recognized and respected that. That was the case that, more than anything else, made me committed to clinical medicine.”

That case would eventually lead Dr. Paul Volberding to a lifelong career in the study of and care for patients with HIV/AIDS. It was the research side of medicine that initially appealed to Dr. Volberding, but it was the human experience and privileged intimacy that made him an internist.

Back to the December 2017 issue of ACP IMpact