Medical Student Perspectives: WE are patients

Medical Student Perspectives: WE are patients

Since first-year anatomy class, I found myself adopting a coping mechanism of distancing myself from my patients and my emotions. As my education progressed, I developed a false belief that my medical training would provide me with personal immunity from being the victim of disease or injury. Patients were "them", and I could never be one. Despite these internal beliefs, I was constantly praised for my compassionate communication skills. While rotating through the Intensive Care Units (ICU), I enjoyed piecing together the complexity of the multitude of the clinical complications of the patients I saw, psychologically separating the person from the disease.

Then, on approximately April 18 of my fourth year, I awoke in an unfamiliar place in New Jersey, unable to move the left side of my body. When I awoke, I asked my mother (who should have been 418 miles away, but instead was in the same room) for an explanation. I was supposed to be in Maryland as a student researcher in the Clinical Research Training Program at the National Institutes of Health.

"You were in a very serious bicycle accident," she replied.

"What happened?" I asked, unable to remember even agreeing to go for a bike ride recently.

"You were going downhill, and fell off your bike. Thankfully you were wearing your helmet" she added.

Eventually, I was able to piece the story together. On March 21, 2011, three days after accepting my fiancée's marriage proposal, I was traveling about 40mph downhill on a road bicycle, and fell, while negotiating a curve in the Skyline Drive of Shenandoah National Park. This was part of a half-ironman training bike ride, and I was with my fiancée, who did not see me fall because I was too far ahead. The diagnoses of traumatic brain injury/diffuse axonal injury, aspiration pneumonia (Serratia marcescens), and left sided zygomatic, and maxillary micro-fractures, as well as a complex left clavicle fracture led to two weeks in the ICU at the University of Virginia Hospital, one week in a step-down unit, and six weeks at Kessler Institute for Rehabilitation as an inpatient, during which my post-traumatic amnesia ended. Fortunately for my relationship, I still remembered the proposal.

During my recovery I tried to be a model patient and prided myself on being obedient, hard-working, goal-driven, and self-motivated. Once I became fully oriented, I resumed the responsibility of becoming my own advocate, much to my mother's relief. The inpatient therapists teased me for having conversations with the physician rounding, particularly about my medications. I was unlike any patient they had ever treated. While being transported to see an orthopaedist, I was ecstatic that the winged-scapula/serratus anterior connection which I had memorized the semester prior (for a USMLE exam) surfaced in my memory. While I was struggling with the fine motor function of my left arm, I used the "trick" aspiring surgeons often use to acquire ambidexterity: moving a computer mouse with my left hand. When given a left ankle foot orthosis (AFO), I wore it religiously, to the extent that a physician asked if I wore it frequently to avoid pain, or because I was "just good at following directions".

I naively believed that my medical student experiences would make being a patient easier, but at times it made things harder. When I had an episode of epistaxis, I was thrilled at the prospect of discontinuing the horrific, painful heparin shots; until I remembered that the epistaxis was likely the result of the fluticasone propionate I was using for severe seasonal allergies, and heparin was probably saving my life, while I was confined to a wheelchair. While practicing walking independently next to my physical therapist, I sneezed and immediately lost my balance. I had to learn to shower, dress, and urinate with an audience of strangers, without losing my dignity. And, I never knew just how long axillary hair could grow.

At five months post-injury, I returned as a part-time medical student volunteer in an urgent care clinic, while still continuing my own therapy and living at my parents' house. The first patient whom I evaluated was a man with a mild concussion; the day prior, he had slipped in his bathtub and hit his head. Seeing this man with a mild head injury, and having been treated for my own head injury by many physicians (sometimes alongside medical students), completely destroyed any invincibility beliefs I had acquired during my first year of medical school. I am now one of "them". WE are patients.

However, the most prominent lesson I learned is that compassion is what patients (and families) will remember most. When my parents were coming to terms with the fact that their daughter was a trauma victim who was experiencing autonomic instability and neural storming, a resident's worst-case scenario response to their question, "Will it ever end?" was painful. "Well, it could be replaced with paralysis" he said, destroying their sliver of hope for my complete recovery. Yet, that recovery did happen. I am not advocating giving a patient's family false hope. But there is a very fine line that we, as physicians, must walk. It is possible to walk that line elegantly. The statement from an attending physician that my return to medical school would be difficult, and "realistically not tomorrow" gave my parents a small beacon of hope to which they clung.

I spent the semester before I returned to school taking an introductory Spanish course at a community college, continuing outpatient physical/occupational/speech therapy, completing my research project, volunteering in an urgent care center and at my local Church, learning to knit, and living dependently. I returned to medical school for an extra semester, for an elective in a field with which I am very familiar, physical medicine and rehabilitation and experienced life from the "other side" of the stethoscope. I will graduate from medical school a year late with my most valuable lesson not having been a formal part of the curriculum. I am actively engaged in learning to navigate the emotional landscape of medicine balancing the healing power of compassion with the practical need for some emotional distance. This is a much harder approach than my earlier coping strategy but is infinitely more rewarding. In my spare time, I am planning a wedding that will occur soon after graduation. As one of my mentors wisely said, "Life is therapy." 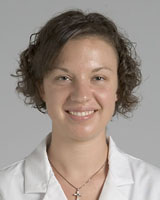 Back to December 2011 Issue of IMpact