In Search of a Hobby

“Kevin, what else do you do with your time?”

The vague figure leans back and stares at me from across their desk. The phantasmal interview has gone well up until this point; the classic sticky situations were expertly maneuvered. Maybe my posture could have been slightly better. However, it would all be for nothing if I botch this pivotal question.

The interviewer digs in: “What are your hobbies?”

“Excellent. I do that all the time. What type of peanuts do you use?”

And from this brief hesitation, it is clear to my imaginary interviewer that I am a fraud. For the record, I have no clue what goes into peanut brittle. I probably should have made it more than once.

My lack of hobbies goes way back. In fact, I don't think I've ever had one, outside of a brief stint collecting insects when I was 6 years old. In retrospect, it is probably good that this didn't persist. Would I be in a relationship now if I were still out there winning contests for best moth?

In my leisure time, I usually sit, maybe eat some jellybeans, maybe while watching television. Nothing out of the ordinary—Game of Thrones, old episodes of The Office. I occasionally look out of the window and contemplate whether I would enjoy bird-watching. I briefly lift weights a couple times a week. I rotate which coffee shop I go to depending on how I feel toward Styrofoam. I watch a clip of Stephen Colbert on my phone most nights before bed. And that's pretty much it.

Why don't I have a hobby? I often loathe this fact. I usually blame it on others. Why did I stop collecting bugs? Or, in its stead, couldn't my parents have forced stamp collecting upon me and refused to let me quit? Sure, it would have been painful. But now, at 26, I am starting to see the benefits.

It seems that to be likable and thereby desired by a residency program, you need at least one hobby. It's essentially another box to check: STEP scores, research, evaluations, croquet. No one actually cares about your hobby, but it's vaguely reassuring to know that it's there, like your carbon monoxide alarm.

Hobbies seem to be a de facto good. An inoculation against burnout. It makes sense. You worry less about someone's mental state the more they are focused on yo-yoing or spear fishing. Well, I'm not so sure about the latter.

The cutoff of general popularity for what can be classified as a hobby is nebulous, but it certainly exists. I would say that if more than 7% of the population does the activity of interest, it is banal and prudent not to mention it. Yoga likely falls into this camp now. I think roller blading is still safe. Home beer brewing is right on the cusp; mead brewing, on the other hand, is perfect.

Hobbies are a luxury. If you have young kids or a long commute, you might not get to have one during medical school. And they definitely require cash.

I detest anyone claiming movies as their hobby, as if they watch them more deliberately because it is their hobby. However, those going to film festivals are absolved.

Running is a distinctly annoying hobby. So is photography. Owning a $3,000 camera greatly increases the odds that you know absolutely nothing about how to use it.

A pet is something, but it's not a hobby. That smiling parasite knows how to manipulate you and prevent you from making homemade jam.

The culmination of my enmity is someone saying that travel is their hobby.

Lately, if the “what do you do for fun?” question ever comes up in casual settings, I exclaim, “I have no hobbies!” It reliably kills the conversation. If it's a close friend, they fumble around, trying to prove me wrong. “You like watching basketball … right?” If it's my fiancée, she says, “Kev, work is your hobby!”

Something has to change.

A past version of myself might have claimed cooking as a hobby. I did it a few times. And I love going into high-end kitchen stores. I have a meringue-colored Le Creuset skillet on hold for when I drop down to five figures of debt. However, once again, if I were pressed in an interview and revealed that my caloric intake consists of roughly 50% scrambled eggs and frozen black bean burgers, I would be in a serious bind.

I might have claimed hiking as a hobby in the past. But can you really do that in Rochester, Minnesota? I guess you can walk around, but hike? I hiked in Oregon 4 years ago and loved it, but that is too distant in time and space.

Playing a musical instrument is a bona fide hobby. If only it weren't too late for me.

Is reading a hobby? I'm on the fence. I think it may be, but it can't be When Breath Becomes Air (see the 7% rule above). However, I can't even claim reading as a hobby, because I so rarely read books.

The only thing I do that resembles reading is when I go on Wikipedia for 20-ish minutes to learn about a random topic—say, the Dancing Plague of 1518. But I can't tell anyone this. It raises too many eyebrows.

What about the news? I spend a significant chunk of time reading that every day, but it would be odd to say I'm doing it for pleasure; compulsion seems more appropriate.

I also do the New York Times mini-crossword every day, but it takes about 53 seconds on average—too little time to claim as a hobby.

So where does this leave me for my residency application? I am happy, don't get me wrong. That sometimes comes as a surprise to me.

What if working is my hobby? I won't even go there. It's an undeniably hideous thought.

And this is why I find myself at the grocery store at 11:15 p.m. buying Spanish peanuts and a candy thermometer. 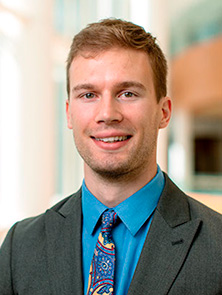 Back to the August 2020 issue of ACP IMpact