The Young and the Coatless - A Guide for Medical Students

The white lab coat, long a fashion staple of the medical establishment, has recently become the topic of vigorous debate. The controversy is part of a larger discussion regarding Bare Below the Elbows (BBE) policies defined as health care providers (HCPs) wearing short sleeves, no wristwatch, no jewelry, and no neckties as a means of infection control. In 2007 the United Kingdom's National Health Service (NHS) mandated a BBE dress code for HCPs, and in 2014 the Society for Healthcare Epidemiology of America (SHEA) issued a recommendation that BBE be adopted for HCPs in the inpatient setting citing “biological plausibility” of reduced infection risk. Proponents of such policies cite in vitro studies implicating such garments as neckties and white coats as fomites for bacteria. Opponents of BBE point to studies demonstrating rapid contamination of supposedly clean garments, such as scrubs, and patient preference for HCPs wearing white coats. As of this writing, there is no definitive evidence either implicating or absolving the white coat as means of spreading infection. It is (for now) up to the individual to decide how to dress.

I wish that I could claim that my decision to stop wearing a white coat was purely altruistic, when in fact there were also financial and practical considerations. Although I had heard of BBE and knew of senior students who dressed accordingly as means of infection control, the prospect of reducing my laundry load was equally enticing. Despite having two white coats (I spent $21 to purchase a spare white coat after a coffee spill transformed my original white coat into a cowhide-patterned frock), I was struggling to keep the coats looking spiffy. The chance to solve my laundry woes and ease some infection-control anxieties was irresistible. On the first day of my third clinical rotation, I showed up wearing a light-blue, button-down shirt with rolled up sleeves and enjoyed the refreshing hospital air-conditioner breeze on my forearms for the first time. Now, one year post-whitecoatectomy, I am sharing some tips that I hope will be of assistance to any students looking to take the leap.

No need for a cake to commemorate the occasion; simply show up without the jacket. I would not recommend drawing unnecessary attention to your sartorial choice by scheduling a live ESPN special entitled “The Decision.”

#2: Be thoughtful about your attire.

One of the arguments for wearing a white coat is that it enhances the professional decorum of the hospital. Professional attire can have a similar effect without some of the pitfalls associated with white coats. I would also strongly recommend ordering a few magnetic nametags that clearly identify you as a medical student and wearing them on your scrubs or regular clothing. Furthermore, if you are serious about reducing infection risk, your dress should conform to the other aspects of BBE. That means leaving your silly bands, fitness tracker, and piano-key necktie at home.

#3: Be respectful of people who do wear a white coat.

There are absolutely times when it is appropriate to speak up in the name of infection control and patient safety. If you see someone moving to touch a patient without cleansing their hands, please offer them some hand sanitizer. As there is no concrete evidence linking white coats to nosocomial infection, it would be inappropriate at this time to confront another health care provider about their choice of uniform.

#4: Be prepared to discuss your wardrobe.

During my year of not wearing a white coat, I was asked on several occasions (mostly by other medical students) why I was not wearing a white coat. In the beginning, I would reply, “Laundry,” or “Something about infections.” Although not directly supported by evidence, it is socially plausible that my responses caused my peers to think less of me. I would recommend reviewing the NHS guidelines from the United Kingdom and the SHEA guidelines from the United States as a means of preparing yourself for these inevitable discussions.

#5: Have a backup white coat available.

Approximately one year after I stopped wearing a white coat to the hospital, a resident informed me that I would not be allowed to participate in a surgical clinic without the magic coat. After running home and returning breathless, sweaty, and 15 minutes late to clinic, the attending casually mentioned that her motto was essentially, “No coat, no problem.” Still, I keep a clean white coat in my locker or backpack.

One final argument in favor of wearing a white coat is that it remains a recognizable status symbol and a cultural mark of being a doctor. The now-ubiquitous white coat ceremony for medical students was first practiced at my own institution as a way of recognizing the importance of humanism in health care. Teary-eyed family members can attest to the gravity of watching their loved ones don the traditional garb and recite an oath to selflessly practice their craft. As a ceremonial uniform, I sincerely hope that the white coat can continue to serve as an emblem of the traditions and values of the medical profession. For those who choose (or are mandated) to leave the garment at home, fear not—you can take the doctor out of the white coat, but you can't take the white coat out of the doctor. 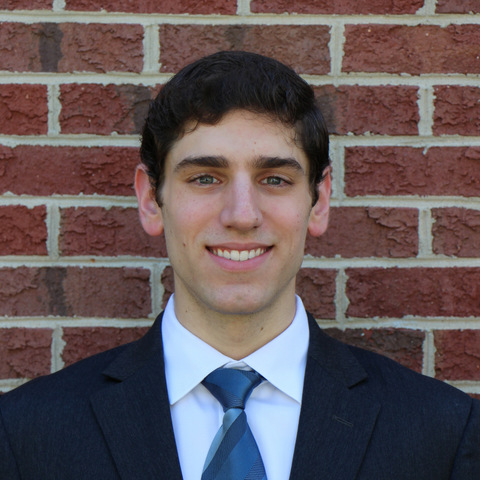 Back to the August 2018 issue of ACP IMpact