Gaining Expertise as a Medical Student

When I read Moonwalking with Einstein: The Art and Science of Remembering Everything before medical school, I was initially impressed by the feats of memory described and more so by the fact that I could learn techniques to dramatically improve my memory. After all, as I looked forward to medical school, I thought about how much there was to learn and memorize. (As a matter of fact, the current U.S. and two-time World Memory Champion—yes, such competitions do exist!—is a medical student at the University of Mississippi School of Medicine.) Yet, the other lesson that I learned from the book and its author, Joshua Foer—one I have found more significant—is how to gain expertise at a task. I have since adapted that list of tips to medical school (with some modifications and additions), particularly during my clerkship years.

Yes, be there physically! But also be there mentally. Oftentimes, when I check my phone in the middle of another task, even for an innocent reason such as clearing some spam e-mails, I find that I run into something else that needs to be addressed and ends up being stuck in my mind for the next minutes to hours. Before medical school, I thought multitasking was a great tool and that I was excellent at it. Instead, I have repeatedly found that focusing on one task is more efficient and I am indeed better at the task at hand. In fact, some research shows that even minor interruptions on the order of seconds can be enough to cause errors in performance of a task (1).

2. Get out of your comfort zone.

Unfortunately, one doesn't have to be as active at getting out of his or her comfort zone in medical school—particularly during the clerkship year, where as soon as you are settling into comforts, you have to leave for a different rotation or site. There are times, however, when I have reached that comfort zone—for example, on my inpatient medicine clerkship, managing two to three patients or taking 15 to 20 minutes per patient to preround—sooner than I anticipated. As tempting as it is to stay in that comfort zone, it has usually been in my best interest to test my limits—managing more patients or being more involved and efficient in the care of patients already on my list—in anticipation of residency, where the patient lists will be longer and the responsibilities greater.

Of all the resident lecture formats, I have found I most enjoy clinicopathological conferences (CPCs). In a CPC, a case is presented and an expert in the field most pertinent to the case but who does not know its outcome discusses his or her differential diagnosis and explains the logic, all the while winnowing the list to a final diagnosis. For me, it is fascinating to see how great physicians think. Studying experts turns out to also be a great way to learn. For example, in a study of chess players, one of the strongest predictors of skill, as assessed by Elo rating, was serious study, typically of previous games played by chess masters (2). This is true even though chess players must be able to play all kinds of opponents. Likewise, I think the study of experts in medicine is also useful, even though physicians must be able to diagnose all sorts of patients with illnesses relevant to their field of medical practice.

Unfortunately, CPCs encompass a very short amount of time in the big picture of a rotation. However, there are certainly other highly competent persons—residents, nurses, respiratory therapists, etc.—for a medical student to study on a daily basis. For example, I learned an extraordinary deal about phlebotomy from observing the CNA at the site of my family medicine clerkship, asking questions about specifics of her technique and implementing what I had learned.

At the beginning of each rotation during my clerkship year, we would get a set of “feedback cards” that would need to be turned in—completed—at the end of the rotation. The intention was to make sure that each student got sufficient feedback on his or her performance during the rotation. My initial reaction, and that of some others, was that this was just another burden on top of all the work that I needed to do for the clerkship. Research shows, however, that getting feedback is important to improve skill—for example, radiologists reading mammograms who followed up on cases in which they recommended further work-up had greater specificities than those who did not (3). For the most part, I found the feedback I received to be constructive and instrumental to my growth, even though it was sometimes hard to receive honest criticism. My threshold to ask others for specific feedback has since lowered; I also try to provide myself with candid valuations of my performance.

Before my internal medicine subinternship, I wanted to work on my efficiency so that I would be able to admit patients faster. Therefore, on the cardiology elective before my subinternship, I kept track of how long it took me to complete a consult. How long was it taking me to review old admissions? Outpatient notes? Current data? Talking to the patient? Coming up with a differential diagnosis? Though I was only able to keep estimates, I had a decent idea of the time it took me to complete these tasks. I then started to work on cutting down my time on certain tasks by prioritizing and self-imposing time limits. Though it was not a one-size-fits-all approach (some consults are tougher than others), it definitely helped me become faster at seeing new consults. Setting SMART (specific, measurable, action-oriented, realistic, and time-based) goals and approaching them methodically has, for me, been a great way to hold myself accountable for my progress.

Remember: Just like geniuses, experts are created, not born. 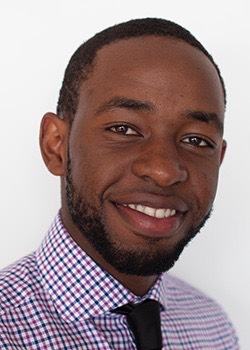 Back to the August 2017 issue of ACP IMpact