Transitioning From Preclinical to Clinical Medicine on Internal Medicine Clerkship

“We're admitting a new patient,” my resident said, checking her beeping pager. “Do you want to take the lead? Do some chart review, and we can see him together.”

As a third-year medical student starting my internal medicine clerkship, I was excited to finally put into practice everything I had spent the past few years learning. I got to work. Our new patient, Mr. H, was a 90-something year-old man with a history of hepatocellular carcinoma presenting with shortness of breath. A quick search revealed that he had been hospitalized three times in the past month for recurrent pleural effusions, and a new lung mass had been discovered on chest x-ray the previous week.

As I read, I thought back to my preclinical classes and recalled everything I could about pleural effusions and lung masses. Preclinical medical school years are often likened to drinking out of a firehose: We spend months furiously jotting notes, reading textbooks, and clicking through flashcards. We drill complex biochemical pathways, learn the intricacies of complex organ systems, and cram pages of symptomatology.

As we learn clinical skills, we break down patient encounters into their essential parts. We practice entering rooms confidently, shaking hands, and introducing ourselves as student doctors. We memorize mnemonics on essential information to dissect from patients' histories and train ourselves to detect subtle findings on physical exam.

So, as the resident and I made our way to the patient's room, I focused on my differential and jotted down notes on questions to ask and physical exam maneuvers to perform. From the history I'd been given, I expected to see someone tired and weak, struggling to breathe. Instead, I found a thin but seemingly energetic older man and his son playing cards.

“You want us to deal you in?” Mr. H asked. He was propped up in bed with pillows on all sides and had on a nasal cannula but flashed a wry smile just the same. I couldn't help but laugh.

As we talked about his shortness of breath, an insignia on his hat caught my eye. “Were you in the Navy?” I asked.

We finished the interview, did an exam, and ordered tests. We quickly learned the reason for his dyspnea: His pleural fluid had reaccumulated.

His pleural effusions were drained. When I came to his room to preround the next day, I found Mr. H having breakfast with his son. “I wanted to show you these,” his son said, handing me a stack of photos. They showed a young man dressed in a Navy uniform with Mr. H's same smile.

Over the next few days, I learned more about Mr. H. He had been a pharmacist for over 40 years after leaving the Navy and had spent most of his life in the Northeast with his wife and children. We also talked about Mr. H's struggles with cancer. He had been diagnosed with hepatocellular carcinoma 3 years ago and had done well on an experimental chemotherapy agent. When a new lung mass was found the week before, his son had taken a leave from work and converted their first-floor living room into a bedroom for his dad.

“He's going through a tough spot right now,” his son said, “but he's as sharp as ever.”

All the while, Mr. H's oxygen requirement was increasing. We obtained a lung ultrasound, and the resident and I circled back that afternoon to share some news. “The fluid in your lungs is coming back more quickly than expected,” the resident shared. “We're keeping an eye on it, but we may need to drain the fluid again if your breathing gets worse.”

The next day, we received Mr. H's fluid cytology results. It was as we had suspected—there were malignant cells in his pleural fluid, meaning the mass discovered in his lung just a week ago was likely cancer.

That night, after notes were signed, tasks checked off, and sign-out completed, the attending, resident, Dr. H's primary oncologist, and I went to see Mr. H to tell him the results and talk about next steps.

“If we want to start treatment, the next step would be to biopsy the lung mass,” his oncologist said. “But I'm not sure if that would be the best path forward. Biopsies have risks, and if we did decide to treat, there would be risks from chemotherapy or radiation therapy, too.”

Mr. H nodded. “I had chemo for my liver cancer—I know what it's like, and I don't want to go through that again. I just want to make sure I can breathe well. The shortness of breath … that's the worst part.”

His son turned to us. “Dad's been a fighter his whole life. I don't want him to suffer through a biopsy and treatment, but I don't want to give up on him, either.”

“We're still here for you,” I said. “And we're still fighting with you. The only difference would be that instead of focusing on the mass, we'd be fighting his symptoms.”

A plan was made to transition Mr. H to hospice care. During the rest of his hospital stay, we focused on optimizing his symptoms and home situation. He had a catheter placed so his pleural effusions could be drained at home, and we worked with our social work team to schedule visiting nurses and obtain a wheelchair.

In our preclinical work, we learn to gather the story of an illness. However, treating patients during my internal medicine clerkship taught me to see an illness as just one chapter in the novel of a patient's life. Working with Mr. H reminded me that our primary duty as physicians and physicians-in-training is not to treat illness but rather to treat people. Sometimes, treating a person means not treating an illness. Sometimes, the best care we can provide is to sit, listen, and be present for our patients. 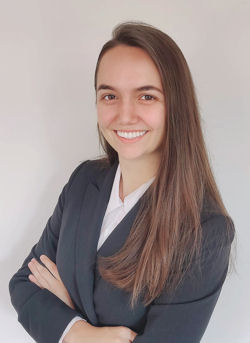 Back to the April 2021 issue of ACP IMpact