Dr. Symington lives for the thrill of discovery 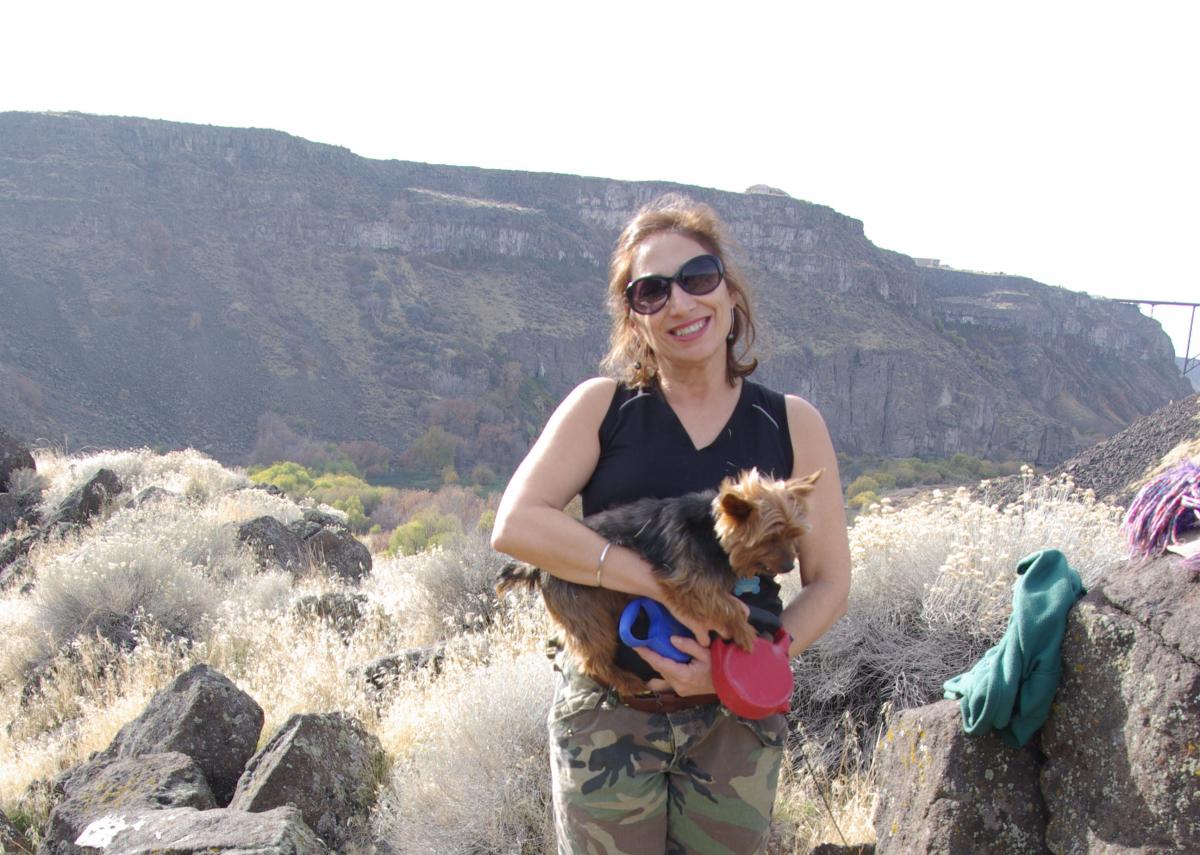 Dr. Symington and one of her dogs in Pillar Falls, Idaho. 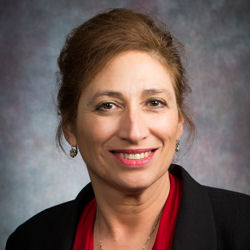 Growing up in Philadelphia, Dr. Banu Symington never envisioned a career in medicine. Instead, she wanted to be an archeologist. That changed when she was a sophomore at the University of Pennsylvania and dated a young man who was applying to medical school. Intrigued, she also applied to medical school and admits, “there was a little competition involved.” That decision has led her to a place where she now considers herself “an in-the-trenches doctor taking care of patients.”

However, even in medical school, that still was not her plan. “My plan was to be an academic researcher. My father was a PhD scientist, and he told me along the way that I could do science as an MD. It was much more practical, he said, and I could always fall back on a career in medicine.”

If you were smart, if you wanted to solve puzzles, you went into internal medicine.

She attended the University of Washington thanks to its traditional internal medicine track for people who were more academically oriented and wanted to focus on research. As she trained to become a researcher, she always told those who asked that she would never practice medicine. “I was going to get my residency and boards under my belt, and then I was going to go to research.” Dr. Symington wound up doing exactly that. She subspecialized in hematology/oncology because she felt it offered a variety of research opportunities, including working on National Institutes of Health-funded research for seven years.

From researcher to mom to practitioner

She transitioned away from research as soon as she had children. Her husband at the time offered to stay home with the kids while she turned her focus back to medicine. She moved to a federally designated health care shortage area in Wyoming to become a practicing internist. “I sort of started that work kicking and screaming, but now I really love it.”

While she may have initially chosen hematology/oncology for its research potential, Dr. Symington looks back on that choice as serendipitous as it satisfies her career in a different way. “Internal medicine and hematology/oncology are not that different. For instance, you go to a cardiologist, and they listen to your heart and focus on a singular organ. It's distinctly different for hematologists/oncologists who, after their patients' cancer treatment, continue taking care of the whole patient. In my mind, I am first and foremost an internist who happens to take care of cancer patients.”

Homegrown and empowered by ACP

Going to medical school at the University of Pennsylvania in Philadelphia, Dr. Symington was close to ACP's headquarters, and that meant that she grew into medicine surrounded by ACP members. “All of my mentors, professors and leaders were ACP members. I valued MKSAP, Annals of Internal Medicine, and I went to occasional annual meetings.”

Being Governor-elect and Governor for ACP helped reduce my sense of burnout. It gave me a new focus.

Later in her career, ACP came to Dr. Symington's aid as she aimed to help the College itself. She worked in Idaho, and ACP had a need for local leadership. “In big states, I know the position of ACP Governor is very competitive. In the smaller states or regions, the areas are often less organized. So, it's hard to find someone who wants to run for governor. Someone called me and asked if I'd consider putting my name on the ballot.”

While she was not entirely sure what the governorship would entail, she admits that she “was getting to the point in my career where I was feeling a little burned out and looking for change. So, I agreed.” Six months later, she was elected. “Being Governor-elect and Governor for ACP helped reduce my sense of burnout. It gave me a new focus. I still had the daily EMR to deal with, but I could look beyond that towards the big regulatory and policy issues that ACP was involved with. I got more and more involved with those, and it really opened the door to volunteering in other capacities. It helped my burnout and made me a multi-volunteer.”

Dr. Symington credits a large portion of her success today with her work at ACP. “Shortly after my term as Governor ended, I was elected Chief-of-Staff at my hospital. I credit the many official and unofficial mentors at ACP for giving me the skills that lead me to be nominated and elected Chief-of-Staff, a rarity for a woman in conservative eastern Idaho.”

Dr. Symington intends to continue her work with cancer patients by starting a clinical research program. “We wouldn't be able to treat any diseases if we didn't have clinical trials. That's applicable in every specialty, even in primary care where you can decide how vigorously to treat blood pressure based on clinical trials. In oncology, we wouldn't know how to cure any cancers if we didn't do clinical trials.” That drive to push boundaries and “turn patients from victims to active soldiers in the battle against cancer” makes Dr. Symington an “avid clinical researcher.”

Satisfying her curiosity with medicine and rocks

As the events of her life took her from archeology to internal medicine, rock hunting stayed a way for her to maintain that love of searching and finding answers. In her free time, Dr. Symington enjoys the unique hobby of rock hunting. When pressed about her pastime, she explained that the pleasure in rock hunting and archelogy is “all about the find” and has a direct connection to exploration.

“In Wyoming, they have beautiful, interesting rocks all over the ground. I wanted to be an archeologist, and that's all about digging in the dirt. With rock hunting, you walk around, look and find things. It's thought clearing and meditative.” Whether through the research in clinical trials, her daily work with patients or her love of rock hunting, Dr. Symington finds a basic and eternal pleasure in discovery.

Back to the April 2018 issue of ACP IMpact