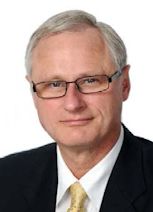 Australia is officially the Commonwealth of Australia, and includes the mainland of Australia, the island of Tasmania and several smaller islands. The capital of Australia is Canberra, although Sydney is the country's largest city. Australia is approximately 2,969,901 square miles, and has an estimated population of 23 million. Australia has a publicly-funded universal health care system, known as Medicare, which was introduced in 1975. The universal health care is funded by an income tax surcharge which is currently set at 1.5%. The hospitals and outpatient services are managed by the states. The Commonwealth provides subsidized prescription drugs to Australian residents and general practice services.

The Royal Australasian College of Physicians (RACP) is a professional organization responsible for training, educating, and representing over 14,950 physicians and paediatricians and 6,500 trainees in 34 medical specialties in Australia and New Zealand. Specialities include paediatrics, cardiology, respiratory medicine, neurology, oncology, public health medicine, occupational and environmental medicine, palliative medicine, sexual health medicine, and rehabilitation and addiction medicine. Members of the RACP work across medical specialties in hospitals and communities. The RACP aims to improve patient care and reduce illness in the UK and around the world.*

When I was a medical student, I was inspired by the residents and fellows on the services I attended when training in medicine and surgery. They were the glamorous young doctors who seemed to know almost everything. My father, a gastroenterologist, was also an inspiration to me, although his name is also Nick Talley which has caused countless confusion.

I wanted to specialize but I was not sure which speciality to choose. Being left-handed, I didn't think I would have good enough hands to become an expert surgeon, although I liked operating. I did want to become an expert diagnostician, and I liked communicating with patients, applying clinical skills, solving complex problems and managing diseases. Originally, I thought that I wanted to be a neurologist but despite resisting the temptation initially, gastroenterology prevailed because it is a hands-on and highly cognitive specialty. So today there are two Nick Talley's, both gastroenterologists, at one time were in the same city, and yes, we have been confused.

What do you enjoy about being a gastroenterology subspecialist, with a major interest in medical education?

I see general gastroenterology patients and perform endoscopies but I am also a subspecialist with a major interest in neurogastroenterology. I'm interested in common and rare neuromuscular gut diseases, so I am a "gut neurologist." I see patients from all over the country. I like to teach residents and fellows how to manage the most complex gastroenterology issues.

I remain passionate about teaching clinical skills and continue to emphasise to all who will listen that a good history, rather than ordering hundreds of tests, is usually the method required to accurately diagnose and effectively manage our patients.

Can you describe the role of the Royal Australasian College of Physicians (RACP)? What are the mission and goals of the organization?

Beyond the drive for medical excellence, the RACP is committed to developing health and social policies which bring vital improvements to the wellbeing of patients and our communities.

What motivated you to become involved in the RACP and to take on the role of President?

After returning to Australia from the Mayo Clinic in Florida, where I was Chair of the Department of Medicine, I became deeply interested in contributing to physician education and standard setting in Australasia, and in public policy issues relevant to health. I was approached by senior colleagues to stand for election as president of the RACP. After careful deliberation, I decided to throw my hat in, despite a very strong field. I never expected to be President and remain deeply honoured to have been elected.

What would you like to accomplish as RACP President?

The breadth and depth of the RACP fellows and members is its greatest strength. When I was running for president, I publically declared my interest in a reform agenda. I emphasised the need to champion physician training, further strengthen general medicine, increase our advocacy on important public health issues, support a social justice platform, lobby politically where appropriate, and grow our national and global impact. My goal has been to ensure the RACP is a highly relevant national flagship organisation, attuned internally and externally. Much of this ambitious agenda has been achieved or significant progress has been made. For example, we have campaigned tirelessly on behalf of the health of asylum seekers, the health impact of climate change, the societal impact of binge alcohol drinking, the potential risks of e-cigarettes and issues around legalization of medical marijuana, and have demonstrably influenced public debate and the legislative agenda on these issues. We successfully underwent external accreditation of physician training by the Australian Medical Council, achieving excellent results with the maximum six-year accreditation being granted. We have supported medical research including providing new grant schemes and worked on models of care for indigenous health. And we have initiated a clinician-led evidence-based program called EVOLVE aimed at re-engineering the health system to deliver the highest quality and safest care sustainably.

After completing the internship, the internists train for six years in Australia and/or New Zealand, longer than internists in the US. We call internists "general physicians" in Australia. All specialist physicians do three years of general medicine then subspecialize for another three years. More of our trainees have opted to become general physicians in recent years and more are dual training in general medicine and a subspecialty such as gastroenterology or pulmonology, which is a seven year program.

What are some of the most significant challenges that physicians in Australia face? What are your thoughts on the best way to meet those challenges?

We face many challenges as physicians in Australia. One of the biggest challenges for the profession is the capacity to train as we have increasing numbers of medical students coming through and a finite capacity to train them all. Balancing quality of training with supply (selection into training) is an issue we are working to solve in collaboration with the health system and governments. Anticipating future workforce requirements is challenging in cities and in rural and remote locations. We are working to acquire the necessary data to inform our approach and influence health policy makers. Strengthening general medicine is part of the solution. Rising health costs affect all western nations. The aging population and the burden of chronic illness on our health system will require new models of care. Physician-led reform must be part of the solution and through EVOLVE we are working to find new solutions. Achieving equity in health, especially for indigenous Australians, including improving life expectancy rates, and improving refugee health remain ongoing policy areas. The issue of global climate change also poses great challenges as evidence of the potential health impacts continues to grow. Physicians and the medical profession more generally have a responsibility to mitigate these health impacts and that is why the RACP has taken a lead role on this issue to raise awareness and encourage our profession to take heed of the evidence and act.

What can other countries learn from your health system?

Australians enjoy long life expectancy and health costs are relatively controlled. We have a very good health care system combining public and private components, with underlying universal health insurance paid for by taxes. National public health strategies and strong primary care applying a gatekeeper model are critical for the systems success. A key challenge for us remains fragmentation of the system with division of responsibilities between the federal and state governments. Rising hospital health costs will need to be addressed with new models of care and better approaches to managing chronic comorbidities in the community will be needed.

What have you found to be the most rewarding part of leadership? The most challenging?

The ability to influence positive change in the community and encourage discussion and debate about the social impacts of several major health issues such as indigenous health and asylum seekers has been the most rewarding part of leadership.

It is too easy to dehumanise the plight of others such as people fleeing persecution. It has been challenging to provide an effective voice for disadvantaged communities but leading the challenge is, in my view, a key part of the role of a medical leader.

Back to November International Newsletter