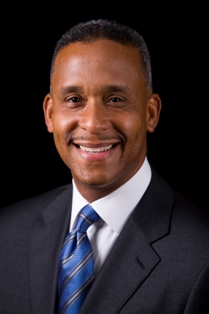 Dr. Wayne J. Riley was first influenced by his father, Dr. Emile Edward Riley, who was a surgeon, to pursue a career in medicine. Before deciding to follow in his father's footsteps as a physician, Dr. Riley spent a few years working for the mayor's office in his hometown of New Orleans and where he pursued and received a Master's degree in public health from Tulane University School of Public Health and Tropical Medicine. "Working in government gave me a broad perspective in terms of the professional world. Once I decided that I wanted to go to medical school, I did not have any conflicting emotions as to what I really wanted to do. I knew that going into medicine was the answer."

Dr. Riley received his Doctor of Medicine from Morehouse School of Medicine in Atlanta. He realized that his favorite part of medical school was getting the opportunity to interact and build a strong bond with patients. "I discovered that many of the internists that I encountered were the smartest, sharpest, friendliest and most compassionate doctors that I met in medical school and that made me realize that I wanted to pursue internal medicine as a career path."

One of Dr. Riley's mentors, Dr. Louis Sullivan, President of Morehouse School of Medicine, and a renowned anthropologist, who later became Secretary of Health and Human Services under President George H. W. Bush, had a major impact on Dr. Riley's choice to pursue internal medicine and leadership in academic medicine. "Dr. Sullivan took me under his tutelage and mentorship and he remains a great mentor to this day."

Dr. Riley continued his career in academic medicine at Baylor College of Medicine, working his way up from an Assistant Instructor in Medicine to Assistant Dean for Medical Education, and then on to Vice President and Vice Dean for Health Affairs and Governmental relations. "I had no idea when I started at Baylor that I would become involved in medical education and ultimately become President of an academic science center-- all I wanted to be was a good academic general internist."

In 2007, Dr. Riley became president of Meharry Medical College, the nation's largest predominately African American academic health science center and also his father's alma mater. He is in charge of overseeing Meharry's School of Medicine, School of Dentistry, and School of Graduate Studies and Research. Dr. Riley's schedule is often hectic but he finds the position extremely rewarding. "I really enjoy being able to affect the educational process of more than 900 students who are studying medicine, dentistry and public health and medical science. It is very satisfying to know that some of the meetings and decisions that I am involved with everyday help to expand the pool and the diversity of the nation's health care profession."

Dr. Riley encourages medical students to explore the possibilities that a career in internal medicine offers. "Internal medicine allows physicians the ability to be involved not only with patient care but with health care policy, health disparities, women's health and a variety of other issues that are closely aligned with internal medicine. I think it is a great field in which to spend your life in medicine."

Making a Difference in Health Care

Dr. Riley's interest in health care disparities and health care reform has been a career-long passion. While working at Ben Taub General Hospital in Houston, the teaching hospital associated with Baylor College of Medicine, Dr. Riley developed an interest in health care disparities. Working with indigent and uninsured patients allowed him to understand the barriers that exist in the U.S health care system. "The United States has the best health care in the world, but it has some major inequalities. Taking care of the under-insured and indigent patients really did open my mind to the inequalities in the health care system."

Dr. Riley's passion for health disparities and health care reform has not gone unnoticed. In 1998, Dr. Riley was appointed by the Secretary of the U.S. Department of Health and Human Services to the National Institute (NIH) of Health's National Advisory Council on Minority Health and Health Disparities. As Chair, he collaborates with other members of the panel to help better coordinate the federal government's involvement in research policy for programs in minority health and health disparities. The council meets three times a year to discuss how the government can improve care for all Americans, especially those who are underserved.

Back to September 2012 Issue of IMpact