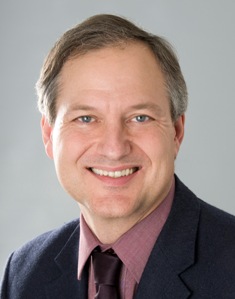 Dr. Douglas Paauw laughs when he recalls his first day of kindergarten in the United States, after living in Indonesia until he was five. His family initially worried that he would not speak English to the other students. "Since Indonesian was the first language that I learned, my parents had to keep reminding me to speak English in school." His father was a developmental economist and worked with government planning associations, which allowed their family to live in a variety of interesting locales, including Indonesia, the Philippines and the Washington D.C. area. His family eventually settled in Michigan when his father took the position of Chairman of the Economics Department at Wayne State University in Detroit.

Although it has been several years since Dr. Paauw has spoken Indonesian, he still considers his international upbringing to be an invaluable experience. "I can't be thankful enough for the opportunity that I have had to live in other cultures; I think it had a huge impact on my becoming a doctor, and has taught me important life lessons that have helped me in my career. So many of my patients are from other cultures and when you have lived in other parts of the world, there is a connection that helps you understand what it is like when you are living in a different culture and in need of medical care."

Dr. Paauw attended the Macalester College in St. Paul, Minnesota as an undergraduate and originally wanted to major in limnology, the study of fresh water lakes. While completing an internship in college, he was shocked to learn how little human contact there was in the field of limnology. "I realized that I loved being connected to people and doing things to help people." This drew him to medicine, and he feels that his choice to attend medical school was the best decision that he has ever made. "From the minute I walked into medical school, I knew that I was in the right place for me."

He continued on at the University of Michigan for medical school and while in his third year, he decided to pursue a career in internal medicine. "I found that the people that I admired most in medical school were the internists." He loved the complexity of internal medicine, and in his heart, wanted to focus on treating patients in an outpatient setting. "I wanted to take care of the patient as a whole, to be their primary doctor. I was fascinated by the diagnostic aspect of internal medicine but what was most important for me was the long-term relationships with the patients."

His current position on the faculty and administration at the University of Washington Medical Center allows Dr. Paauw to combine his love for primary care with his love of educating medical students. Teaching has always been a part of Dr. Paauw's life; both of his parents were teachers and passed their love of teaching onto him. Having been a student teacher in college and in graduate school, Dr. Paauw knew when he entered medical school that whatever career path he chose in medicine, it had to involve teaching, and he feels lucky to have landed his "dream job" right out of residency that afforded him both of his passions.

In his role as Clerkship Director at University of Washington Medical Center, which provides medical education for Washington, Montana, Idaho, Alaska and Wyoming, Dr. Paauw oversees student teaching sites for the five state area and is responsible for ensuring that students in each state are receiving quality education and instruction. "Variety is the best part of the job. There are days when I am seeing patients in the clinic all day and then there are days when I am traveling to a student teaching site in Alaska. Having that variety in my job is an amazing gift."

In addition to overseeing the student teaching process, Dr. Paauw lectures to third year students each week and enjoys interacting so closely with the student body. "I love the chance to be involved with students and to be able to teach them and to see them develop." He serves as the career advisor for students going into internal medicine, helping the students choose residency programs and prepare for interviews. Dr. Pauuw tells his students to "find what you love doing and fight tooth and nail to do it. Find the things that matter to you and try to keep doing them."

Another fulfilling aspect of Dr. Paauw's career in internal medicine is his involvement with ACP. He joined ACP when he was Chief Resident at Harborview Medical Center in Seattle and quickly became involved with his local chapter. He previously served as the Governor of the Washington Chapter and has been involved with the Education Committee, ACP's annual Internal Medicine meeting, and ACP Summer Session. He has been Director of the ACP's Seattle Internal Medicine Board Review course for 20 years.

"I knew when I was a resident that ACP was an organization that I wanted to put the majority of my time and energy into because they stand for what I believe in. The organization has always represented what I feel is most important in medicine: education, access to health care, and providing the highest quality of health care to patients."

In addition to his participation with ACP, Dr. Paauw enjoys spending time with his wife of thirty years and their daughter Carly. The three enjoy traveling internationally and learning about new cultures.

Back to November 2011 Issue of IMpact