When it comes to New York City, there are two kinds of people—those who can live there and those who cannot. To be a true New Yorker, you have to thrive on the hustle and bustle, the never-ending cycle of action. There is never a dull day in NYC, and the people who make it their home would not have it any other way. That is how Dr. Nirav Shah feels about being a New Yorker. It is also how he feels about being an internist. 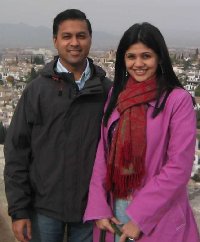 “I enjoy being in the middle of the action, dealing with the most important issues facing medicine today,” said Shah. “Right now, internal medicine is the best place—the most exciting place—to be in medicine, because we are on the threshold of significant change and we are already seeing it happen.”

A Desire for More

A conversation with Shah gives you the sense that he is exactly where he wants to be in life. Though clearly motivated and hard working, his demeanor lacks the hurriedness or impatience you might expect to find in someone so driven. His speaking voice is steady and pleasant, yet confident and authoritative. He also has a sense of humor. In other words, he seems like just the kind of doctor you would want to have.

Shah began his medical career at Harvard College and the Yale School of Medicine, where he graduated with Honors with a concentration in the Epidemiology of Chronic Diseases. He completed residency training in internal medicine at Yale-New Haven Hospital and followed with a fellowship in health services research at UCLA in the Robert Wood Johnson Clinical Scholars Program. He is currently practicing at Manhattan’s Bellevue Hospital and is also completing his PhD in Epidemiology from UCLA. He has learned many lessons along the way. While he might be different today than he was as a fresh-faced medical student, one thing has always been a constant, which is his love of being an internist.

“I made the decision to pursue internal medicine in the beginning of medical school,” he said. “Right away I saw all of the interesting questions I would face every day and I was drawn in. I recognized that being an internist would allow me to research across a broad realm and then apply my research to the practice. One week I would be asking research questions about medication adherence in asthma and the next week I would be treating an asthmatic patient. I liked that—it appealed to me.”

Like many physicians practicing internal medicine, Shah craves stimulation and diversity, which is another reason he cites for his choice. “My brother, who is an epileptologist in White Plains, New York spends most of his day looking at electroencephalograms. For him it is great and he loves it, but it would drive me crazy,” he said.

“Working in internal medicine gives you the most options and frankly, the most interesting options. You have much more flexibility because your skills are transferable. It provides you with an enviable quality of life, more exposure to a wide range of diseases and disorders, and camaraderie with a broader range of people.”

As you might expect of any young and ambitious physician, Shah has something to say about the direction of internal medicine and how he plans to be a part of it. The most pressing issues right now according to Dr. Shah are determining what constitutes appropriate care and finding the most resourceful, or as he puts it, “creative” ways to treat patients according to their needs, preferences and abilities. “We have always had a focus on inpatient, acute care and most of our attention and resources are directed toward a patient’s hospitalization,” he said. “Now we are becoming more focused on ambulatory settings, and as a result the acute care model no longer works.

“We are moving toward an outpatient model where chronic diseases are determining how to best organize the delivery of care,” he continued. “Disease progression and disability are preventable in patients who suffer from chronic conditions. Efforts to prevent progression fail in part because patients are not adequately guided, educated or motivated to manage their own care and risk factors. We are really transforming how we think of the doctor-patient relationship to include things like patient-centered care, electronic health records, and utilizing other health care team members such as a specialized nurse practitioner.”

Another integral part of this school of thought, Shah explained, is the role of community and family. “The new models of health care encourage interaction between the community and the health system,” he said. “The idea is for communities to work interactively with the health system. Individuals need to promote health care awareness while encouraging and assisting patients in taking charge of their own care.”

“During my residency, I had a patient named Mrs. Calderon who was elderly and did not speak any English, so she would bring her daughter with her to translate. What I learned from her goes beyond the textbook—medical adherence and the importance of family dynamics and how they can affect a patient’s well being. The medical adherence lesson I learned the hard way, when she ended up taking twice the dose of a medicine I had prescribed for her by starting on a refill early. After that, I had a new appreciation for how critical a patient’s understanding is and how you can not take it for granted.

“The other thing I noticed while I was treating her was how happy and healthy she was in general, despite her overall economic and living situation, which was poor. She described her quality of life as good because she had a strong network of close family and friends who kept her in good spirits. She never appeared or acted sick. This is a great example of why the new models of care involving community and family are so effective.

“I have a similar experience with another patient, Mrs. Gonzoles,” he continued. “Although she understands everything I say, whether or not she follows my direction is another story. She is Haitian and lives in Haiti six months out of the year, during which she lives a very different lifestyle than the one she lives in New York. She has many chronic conditions, poor social support and low health literacy. I see her for thirty minutes three times a year and just when I think I have her on track with everything she goes to Haiti for six months. When I say that she has poor health literacy I mean she does not understand the consequences of her actions and lifestyle choices.

“I counteract this by getting the whole team on board while treating her—a diabetes education specialist, a nutritionist and a social worker. We have a team-based approach at Bellevue and it works,” he said. “I have a great support staff and all the resources I need.”

One area he thinks could stand improvement is our understanding of health literacy, which he said he deals with on a daily basis. “Mrs. Calderon and Mrs. Gonzoles are exactly the reason why there needs to be more attention directed toward health literacy,” he points out. “Poor health literacy means a poor understanding of what promotes good health and what encourages disease. We need to direct messages to patients through different media that actually reach them, like radio and Spanish television.”

These days, the Buffalo, New York native divides his time between practicing internal medicine at Bellevue, teaching at the New York University School of Medicine and doing research at the Geisinger Health System, where he is an investigator in health services and outcomes research.

On the issue of an impending primary care crisis, he believes internists should be in the driver’s seat. “The big question is whether we are going to shape the debate ourselves or if we are going to let others decide for us,” he said.

For right now, Shah’s plate is full enough. His wife, Nidhi, recently gave birth to the couple’s first son, Vir, in September. Reshaping internal medicine may have to wait for another day, but Shah is not complaining. “I love the fact that when I come to work at Bellevue I may hear up to twelve different languages spoken in one day,” he said. “Internal medicine is so rewarding because of the relationships you have, not only with patients but with other doctors. You really get much more exposure to people as an internist. I lead a good life. While compensation may be an issue for many, I think it is truly shortsighted to look at medicine, or any profession, strictly in financial terms. Being an internist cannot be quantified in terms of a paycheck.”

Back to November 2010 Issue of IMpact