For the purpose of the article, Dr. Grace Hundley, Dr. Terry Hundley and Will Hundley will all be referred to by first name. 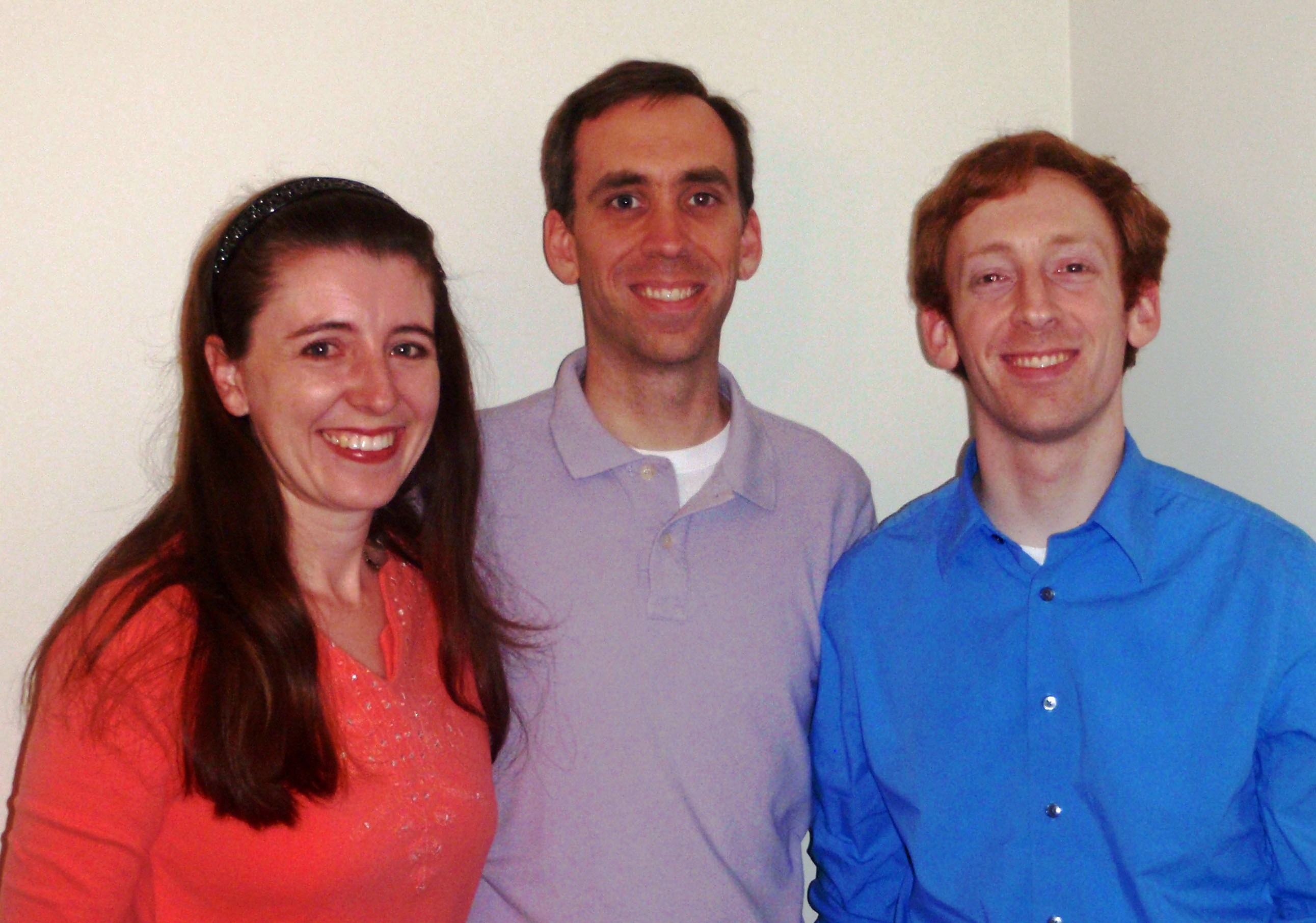 Treating People throughout Their Spectrum of Life
Grace Hundley was born and raised in Mobile, Alabama and has lived there her whole life. She was always interested in going into medicine and jokes about memories of telling her mother from the time that she was two years old that she was going to be a doctor when she grew up. In college she decided that she really liked internal medicine because of the interaction she had with people and the ability to make a difference in someone's life. She and T.J. met while attending the University of South Alabama as undergraduate students. Grace went into medical school with the intent to go into pediatrics since her cousin is a pediatrician in Mobile.

Being the Detective
Internal medicine had not been T.J.'s initial choice as an undergraduate student. He can recall vividly the day that he decided to be an internal medicine physician. During his sophomore year, T.J. attended a local Alpha Epsilon Delta pre-professional honor society meeting where a local internist came and spoke about his experience in the field and how he used detective work in order to diagnose one patient's illness.

"At that moment, I thought to myself this is exactly what I want to do. I wanted to dig through the information and be the detective," said T.J. Throughout the rest of his rotations, T.J. kept coming back to internal medicine because he wanted to address the patient as a whole.

In his role as the Associate Program Director and Clerkship Director of Internal Medicine, T.J. is in charge of setting up the curriculum, lectures, rotation schedules, monitoring students' grades, and making sure at the end of the twelve week rotation that the students really understand internal medicine. What he enjoys most about teaching is being able to watch the residents and medical students grow from their first days as medical students to the point where they go out into the world as the next generations of physicians.

"When I started as an intern if you would have told me this is where I would be today, I would have laughed because I had always seen myself going into private practice," said T.J. of his teaching career.

When T.J. was a resident he realized one of things that he most enjoyed about his work was sitting down with the students and teaching them about the stages of diseases. As T.J. progressed on to become an upper level resident he transitioned to teaching both students and interns. At the end of his residency he came to the realization that he couldn't imagine himself without teaching as part of his career. After his residency, the Department of Internal Medicine at South Alabama offered T.J. a position as chief medicine resident which gave him a full year to decide if teaching was what he actually wanted to do. T.J. gladly accepted the position, and over the course of the year realized he loved teaching even more than he thought originally. He then accepted a position as faculty and the role of IM Clerkship Director.

The couple divides their time between teaching, seeing patients and spending time with their two young children. They both believe that finding a balance between work and home life is essential. "The academic calendar allows for a lot of flexibility with our schedules so if one of the kids has an activity that we want to attend we can easily rearrange our schedules so that we can make it," said. T.J.

Grace echoes that sentiment: "Internal medicine in general gives you an opportunity to find that work/ life balance because there are so many practice opportunities available in internal medicine, from being a clinic based physician to a hospitalist, there is something in the field that will fit everyone's lifestyle," she said.

Internal Medicine as a Family Affair
As IM Clerkship Director, T.J. had the pleasure of teaching his younger brother Will, now a fourth year student at South Alabama, during his rotation in internal medicine. T.J interacts with his brother while serving as the Faculty Advisor for the Internal Medicine Interest Group where Will serves as the president. T.J. admits that it became humorous when his brother was elected as president of the group because that's when jokes started around the medical school about the Hundley internal medicine family affair. Will laughs that he has the nice advantage of being able to pick up his cell phone and call T.J. rather than waiting for him to answer an e-mail.

While T.J. jokes that he isn't certain his career in medicine had an impact on his brother's decision to go to medical school, he does believe Will gets a unique insight into the day to day experience of teaching and practicing medicine.

"Although it may have seemed like an obvious choice that I decided to go into internal medicine because my brother did, that was not the case. I went into medical school completely clueless of what path I wanted to choose," said Will. During the beginning of his medical school rotations, Will thought that he would like to go into pediatrics but soon realized what he loved about pediatrics was the primary care aspect. Similar to his brother, Will has always loved solving problems and detective work. Internal medicine fulfilled his "inner sleuth", allowing him to solve the mystery of his patients' diagnoses.

For Will, there are definitely benefits of having relatives in the field. He admits that being a medical student at the University of South Alabama College of Medicine and having the last name Hundley often starts a lot of conversations around faculty members and other students but he doesn't mind. He always has someone to discuss residency questions with and a knowledgeable expert to bounce ideas off of. "It is almost like having two extra advisors," Will said of having his sister-in-law and brother as faculty.

Back to March 2011 Issue of IMpact