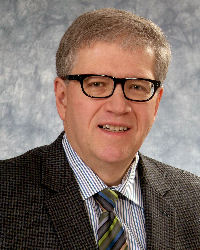 I hope everyone is having a good start to summer and has some vacation time scheduled. As usual, there are lots of great things going on at ACP. Just returned from Leadership Day, where we discussed hot advocacy issues (see below). As I enter my final year as Governor, I reflect on the things we have accomplished, and the tasks yet to do. The MOC (Maintenance of Certification) issue continues to be one that I will keep you informed about as much as possible. I know the Indiana Chapter will be in great hands with our Governor-elect, Dr. Brad Allen.

ACP's annual advocacy session, Leadership Day, took place at the Westin DC City Center in Washington, DC on May 20-21. The first day consisted of an advocacy workshop and presentations by several faculty and congressional staff members.

While SGR is dead, a number of other important issues were addressed. A summary of ACP's policy issues can be found here:
https://www.acpservices.org/leadership-day/policy-priority-issues

The second day consisted of a brief meeting at the hotel followed by meetings with our members of Congress and their staff. Our delegation this year consisted of me, Brandon Dickey (our ACP Services President), Jeff Glant, Lina Gordy (IUSM resident) and Amanda Ngouajio (IUSM student). Thanks to Jeff Glant for again making the appointments with Congressional staff.

The Indiana RFM Council has organized a social event for residents and fellows at the Triton Tap, 915 Broad Ripple Ave, Indianapolis, on Saturday, June 20 from 3-5 pm. This event is free (3 drinks per person) and snacks will be provided. Info on Triton Tap can be found on their Web site at www.tritontap.com.

Indiana University Health Ball Memorial Hospital is accredited by the Indiana State Medical Association (ISMA) to sponsor continuing medical education for physicians. IU Health Ball Memorial Hospital designates this live activity for a maximum of 1 AMA PRA Category 1 Credit™. Physicians should claim only the credit commensurate with the extent of their participation in the activity.

A historic event happened on July 1, 1998: the merger between ACP and ASIM. This merger required much work on the behalf of both parties and significantly increased the voice of internal medicine. Details of this merger can be found here:

I think it only proper to acknowledge our past Indiana ASIM presidents, many of whom have served in leadership positions on the ACP Chapter Council:

2015 marks the 100th anniversary of the American College of Physicians. The College is planning a variety of special Centennial-related events to celebrate the occasion-we invite you to be a part of the jubilation. See here for more details: http://im2015.acponline.org/for-meeting-attendees/centennial-events

Over the next few months we will be highlighting specific historical information about the Indiana Chapter, including past leaders of the Chapter-past Governors and past Presidents of the American Society of Internal Medicine (ASIM). ACP merged with ASIM in 1998. On the National ACP Web site you can find a timeline of the first 100 years of ACP as well as other factoids about the world's largest medical specialty organization!