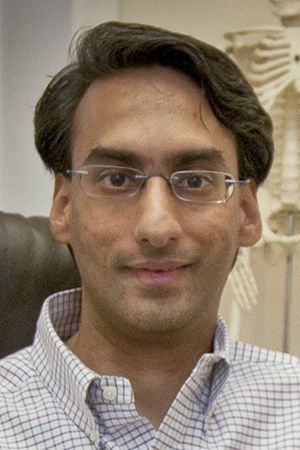 Recently, the ACP DC Chapter held our 2018 Awards Luncheon. Awards were presented to:

Congratulations to all of these deserving awardees! To nominate an ACP colleague, please send nominations including a CV and letter of nomination to Ann Tennett prior to March, 2019.

Medical Students from the ACP DC Chapter competed in an abstract poster competition at the Embassy Suites Chevy Chase Pavilion on Saturday, November 17. We were pleased to have twelve top-quality posters. Arrel Olano, MD, FACP organized the program and our judges were Amanda Magee, DO, FACP, Natalie Branagan, MD, FACP, and Nicole Brenner, MD. Thank you for your part in this program!

The winners of the competition received cash prizes. They were:

Other abstracts presented were:

Pupillometric Assessment of Small Doses of Opioid in a Pediatric Population

I am pleased to announce that our chapter is in receipt of the 2018 Chapter Excellence Award! The award recognizes chapters which successfully meet the standards for managing a chapter. In order to achieve the Chapter Excellence Award, chapters must meet all basic criteria and ten optional criteria. Criteria include such activities as formulating an effective Governor's Council and committees, communicating frequently with membership, providing educational opportunities, recruiting and advancing members and celebrating membership through local awards. I would like to extend a special thanks to those chapter members who assisted me in all of these endeavors! For their hard work and dedication, we received this award.

The Clinical Skills Committee (CSC) is seeking proposals for Internal Medicine 2021, which will be held in Orlando, FL on April 29–May 1, 2021.The CSC places a priority on interactive workshops that focus on the acquisition or improvement of procedural skills, physical examination skills, and communication skills. The CSC is most interested in workshops that have a high likelihood of changing physician behavior using proven teaching techniques or new and innovative teaching strategies that have yet to be tested.

On Nov. 7, the National Rifle Association (NRA) tweeted a link to an article on their website opposing ACP's recently updated policy on firearms safety, telling physicians, “Someone should tell self-important anti-gun doctors to stay in their lane.” ACP and Annals immediately responded directly to the NRA's tweet, asserting that physicians engaging in advocacy to reduce injuries and deaths from firearms, like any other public health risk, is precisely in their lane. The College followed up with a comprehensive social and earned media effort to get the message out widely to the public and the profession.

Reaction on Twitter was swift and overwhelmingly in support of ACP's policy, with ACP members and other physicians and healthcare professionals declaring, “This IS my lane.” The hashtag #ThisIsOurLane is being used to tag tweets where physicians call attention to the impact of firearms violence on their patients. The ensuing viral ‘twitterstorm’ has resulted in nearly 1,000 additional physicians signing a pledge on the Annals of Internal Medicine website, formally committing to talking to their patients about guns whenever risk factors are present.

Make your voice heard, and help us continue to raise visibility around this issue. Encourage other ACP members and physician colleagues to join the conversation on social media using #ThisIsOurLane, and tag @ACPinternists and @AnnalsofIM, and sign the pledge on the Annals of Internal Medicine website, formally committing to talking to their patients about guns whenever risk factors are present.

This issue is receiving significant media attention, which many national media outlets covering the Twitter controversy. The list below is a sample of some of the media stories to date:

“Medical professionals to NRA: Guns are our lane. Help us reduce deaths or move over.”

“Doctors share gun stories, demand action after NRA tells them to ‘stay in their lane’”

“NRA Tweets Warning To Anti-Gun Doctors: ‘Stay In Your Lane’”

“Doctors Revolt After N.R.A. Tells Them to ‘Stay in Their Lane’ on Gun Policy”

“After NRA Rebuke, Many Doctors Speak Louder on Gun Violence”

“NRA VS DOCTORS PART 2: DOCS FIGHT BACK WITH PHOTOS OF THEM STAYING IN ‘THEIR LANE’”

“After NRA Mocks Doctors, Physicians Reply: ‘This Is Our Lane’”

“‘Being silenced is not acceptable’: Doctors express outrage after NRA tells them ‘to stay in their lane’”

“NRA to Trauma Center Surgeons: Stay in Your Lane”

“‘We will not be silent about the toll of gun violence’: Doctor shares gruesome picture of herself covered

“After California Shooting, Doctors Hit Back at NRA for Trying to Silence Them Over Guns”

“The NRA told doctors to “stay in your lane” on guns. I'm a doctor. This is my lane.”

“‘This is our lane’: Philly-area doctors blast NRA over hostile tweet”

“Why doctors are sharing their confronting hospital photos”

“It's time to follow doctors' orders on gun violence”

“Will the election and the Thousand Oaks killings finally move the needle on gun control?”

“Surgeons — many of them gun owners — recommend new gun-safety approaches”

“Shot in the neck at 17, this trauma surgeon is now leading doctors against gun violence and the NRA”

“The NRA denies the reality of gun violence. Doctors like me know it all too well.”

“6 Reasons These Doctors Are So Outspoken About Gun Violence”