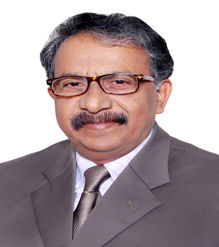 We had a successful BOG (Board of Governors) meeting on March 28th-29th and ACP annual Internal Medicine meeting March 30th to April 1st, 2017 at San Diego. Nearly 50 delegates with their accompanying persons attended the meeting. As a Chapter Governor, I assume, this is the highest number of international participationts from the chapter to ACP annual meeting. The coming BOG meeting will be held in Montreal, Canada in October 5th to 7th, 2017.

Bangladesh is a tropical country. Monsoon season starts in June and ends on August. However, this year early rainfall started in March. Early rainfall caused mosquito-born diseases like Chikungunya and Dengue. Chikungunya has had very huge outbreak among hundreds of thousands inhabitants of Dhaka City. Members of the Bangladesh Society of Medicine and ACP Bangladesh Chapter prepared a guideline for “Chikungunya Management”.

Board of Governors Meeting

a. MKSAP 17 should be available for all International chapter members with a reduced price

b. MKSAP should include diseases that are prevalent to different parts of the world and may not be common in the USA 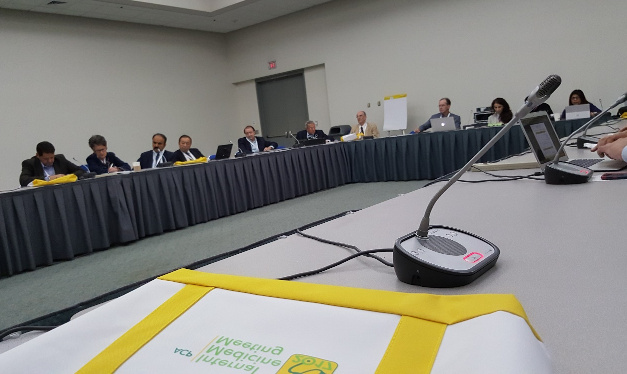 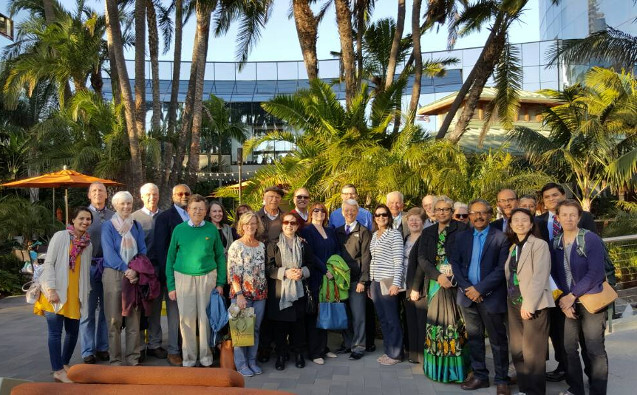 Governors' Class of 2018 in a photo session with accompanying persons before the cruise dinner on March 28th, 2017 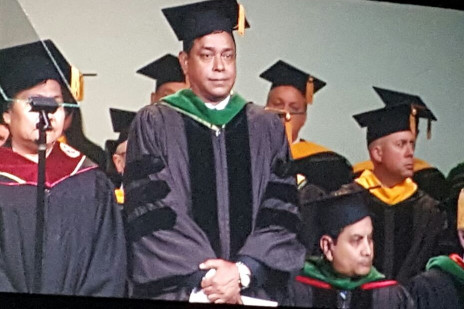 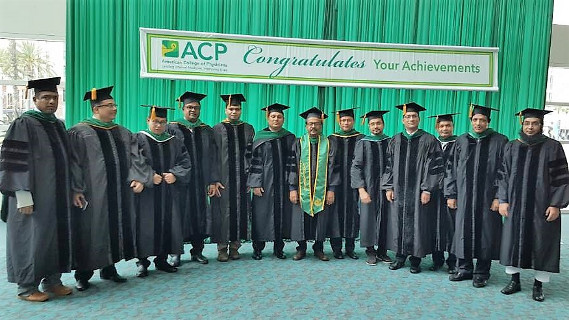 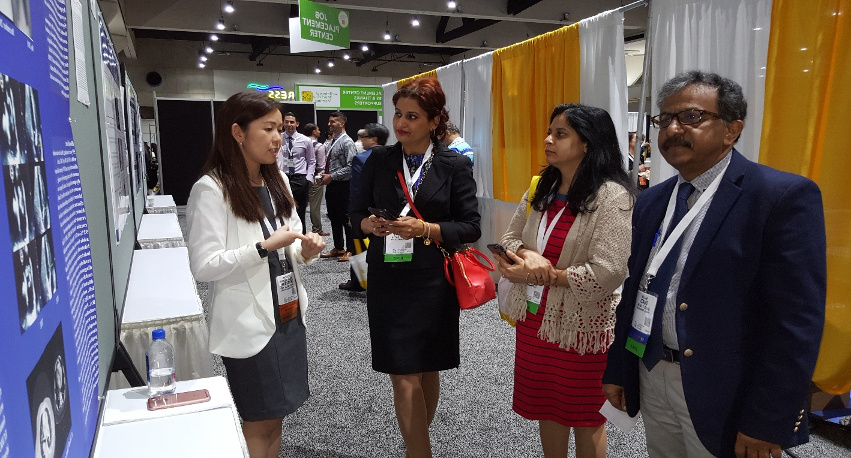 ACP will take the Best of ACP Internal Medicine 2017 to Doha, Qatar, as part of the 4th Qatar Internal Medicine Conference, hosted by Hamad Medical Corporation (HMC). The conference is scheduled for October 13th to 14th, 2017, at the Sheraton Grand Doha Resort & Convention Hotel. Through this collaboration, ACP is excited to feature top US faculty and offer a variety of popular formats typically used at the annual ACP Internal Medicine Meeting, such as Multiple Small Feedings of the Mind and News You Can Use. The Bangladesh Chapter is very much excited, as in addition to the Gulf Chapter region, ACP will be promoting the meeting to selected countries, including ours.

The 6th ACP Bangladesh Chapter Meeting was held on May 2nd, 2017 in the premises of a restaurant at noon. Discussion and decisions were taken on following points. 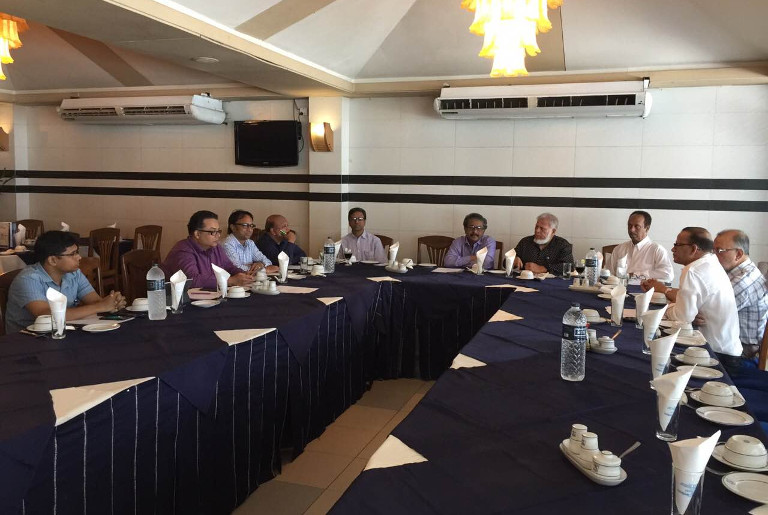 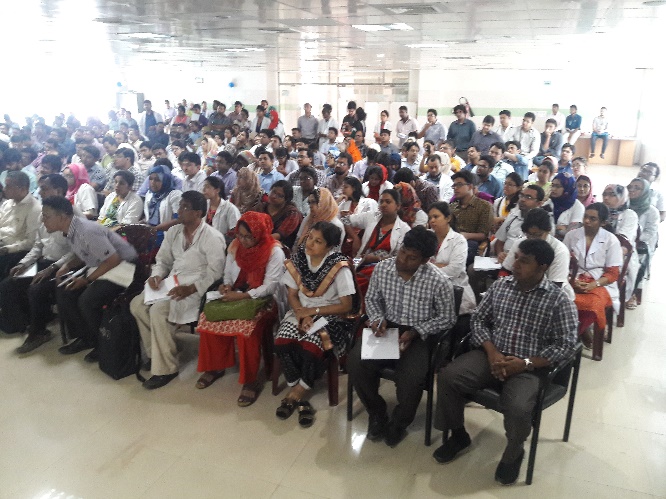 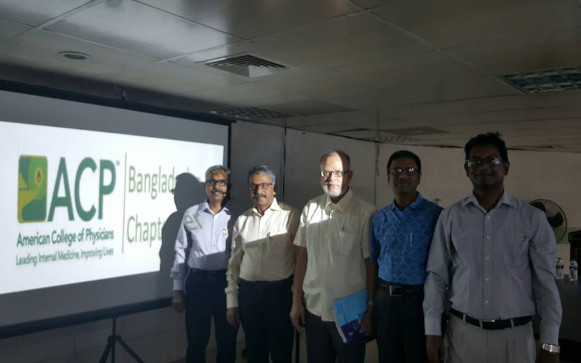 ACP Bangladesh Chapter Governor and Advisory Council members witnessed the three hours' Skill Development Program session. The chapter Governor concluded the session with the hope that this sort of program will be held in other venues every 3 to 4 months.

ATTENTION: The deadline to submit an application to the International Fellowship program for 2018 to ACP headquarters is August 1st, 2017.

Chikungunya fever is an emerging viral disease transmitted to humans by mosquitoes. The word, Chikungunya, means “that which bends up”, based on the stooped position of patients. Chikungunya Virus (CHIKV) is an arbovirus of the alphavirus genus (Togaviridae family). The Aedes aegypti and Aedes albopictus mosquitoes are the main vectors responsible for transmission of Chikungunya.

In 1952, a young man in Tanzania admitted to hospital with fever, rash and arthralgia. Eventually he was diagnosed as the first case of Chikungunya. In 2005–2006, a severe outbreak occurred on Reunion Island in the southwestern part of the Indian Ocean. Other islands in this area were affected during the same period. An estimated 300,000 people were infected and 237 patients died. The factors precipitating this epidemic included viremic travelers from Africa, to an immunologically naive population. Mutation of the Chikungunya virus expanded the mosquito vector from the Aedes aegypti to the Aedes albopictus, which was common on the island. Mutation (E1A226V) improves replication and transmission efficiency in Ades albopictus as well as the original Ades aegypti, and outbreaks spread to the India subcontinent.

India has been suffering from outbreaks of Chikungunya since 2005 with variable severity. India and Bangladesh are two neighboring countries which share some similar epidemiological patterns. Since 2000, Bangladesh has experienced the Dengue epidemic as vector mosquito Aedes aegypti and Aedes albopictusare spread in urban cities. Surprisingly, according to a survey by DGHS (Directorate General of Health Services) and WHO (World Health Organization), Aedes aegypti : Aedes albopictusis 25:1. In Africa, reservoirs are human during the epidemic period but monkey, rodents or bats in the inter-epidemic period. Unfortunately, in Southeast Asia reservoir status not yet been documented.

In 2017, Bangladesh experienced a large outbreak of Chikungunya just after premature monsoon in March. Urban areas are especially, affected including Dhaka city. Health care providers are not always fully aware of Chikungunya Virus, epidemics, phylogenetics, clinics and management. The public are also often not aware of this viral disease.

Upon onset of the acute phase, the viral load of CHIKV can rise to 108 viral particles per milliliter of blood, which enhances the development of the human-mosquito-human transmission cycle. Following the mosquito bite, the virus replicates in skin fibroblasts and then spreads via the bloodstream to target the liver, muscle, brain, joints, and lymphoid tissue. Release of cytokine produces fever. Replication of virus within synovium leads to an immune complex mediated attack on endostium and periosteum leads to nondestructive arthritis.

The incubation period of Chikungunya fever is 3 to 7 days but presentation is variable. Presentation of symptoms may start with fever or arthralgia or simultaneously. The febrile period usually persists for 5 days. Rash may appear any time of the febrile phase or post-febrile period. Muscle pain, fatigability, headache, backache, chill, nausea, vomiting and tender cervical and post auricular lymphadenopathy may present as well.

A resource-poor country like Bangladesh can't afford laboratory confirmation of all the cases. So when a patient meets the clinical and epidemiological criteria of Chikungunya infection, he/she should seek treatment. As Dengue fever and Chikungunya fever share common manifestations, careful history, examination and investigations may give a clue to the correct diagnosis. Fever, arthralgia, arthritis, rash are more marked in Chikungunya than Dengue. Myalgia, Hemorrhage are more remarkable in Dengue fever. Lymphopenia and high CRP value present in Chikungunya but thrombocytopenia and high PCV in case of Dengue fever. Despite all these facts, ruling out Dengue infection through NS1 antigen or antibody tests will be helpful for confident diagnosis of Chikungunya infection.

For specific cases, confirmation can be done within 5 days by RT-PCR and after one week by MAC ELISA (Either IgM) or IgG for paired sample (First sample after 7 days of illness and second sample after 14 days of first sample). ICT based diagnosis is not recommended as the sensitivity and specificity is low. Treatment is entirely symptomatic. Paracetamol is the drug of choice with use of other analgesics if paracetamol does not provide relief. During the acute stage of the disease, steroids are not usually indicated because of the adverse effects. Controlling the spread of Chikungunya requires rapid diagnosis and education of clinicians and laboratory workers. Public awareness of how to reduce mosquito bite risk factors is the cornerstone of controlling spread of the vector Aedes aegypti :Aedes albopictus.

In the coming year, the Bangladesh chapter is going to elect a new Governor through election. In the last one and half years the chapter's progress in term of recruiting new members has been tremendous, as it has also been in making new scientific seminars and skill development programs available. I hope that in future this will be much more frequent as well as beneficial for resident, members and fellows. I regret that still I could not be able to make specific program for student members. I hope it will be done within this year. Hope to join New Orleans in 2018.