The ballots for the current Governors-elect election have been mailed. The voting membership (Masters, Fellows, Members, and Resident/Fellow Members with an electdate of 9/1/2013 or earlier) can vote online at(www.directvote.net/ACP/) or mail-in ballot. You will need your mailed ballot with your ACP Member Number and Election Passcode in order to make a vote. Below are the bios and statements of the candidates that are running in this election. Online voting began on September 21, 2015 and ends on November 9, 2015 at 11:59 PM Eastern. Please be sure to vote!

CANDIDATE STATEMENT: The ACP US Army Chapter has had an incredible impact on my career as a resident presenting at our Chapter meeting, as a meeting planner, and more recently mentoring young physicians in their academic and professional pursuits. This Chapter and its annual meeting introduced me to my future mentors and to the broad spectrum of clinical, educational, and operational excellence and expertise that makes Army Internal Medicine what it is. In this time of change it is critical that this Chapter remain a strong, relevant advocate for the voice of our members in Army Internal Medicine. In my role as Governor I will strive to serve as the driving force in adapting to new challenges while sustaining the legacy of excellence in both the ACP and in Army Medicine. 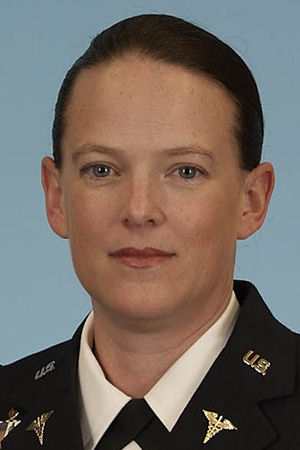 CANDIDATE STATEMENT: I joined ACP during internship, as an opportunity to learn about my profession and belong to a group that represented general internists and internal medicine subspecialists. During my second year of residency, I was elected to the National Council of Associates (COA) as the Military Representative. After a two-year term, I was elected to the Chair-Elect position and served on the Board of Governors. As Chair of the COA I was afforded the opportunity to sit on the Board of Regents. My time representing Resident/Fellow Members and military internists at the national level gives me unique insight into the capabilities the ACP has to serve its members, including those of us in "far-flung" places. I would like to continue my involvement with the ACP, in more direct service to our chapter, furthering the tremendous work that has made the Army Chapter one of the best in the College.