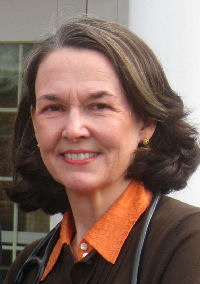 I hope to see you at our meeting in Charleston, October 30- November 1, 2015. It will be a great meeting with more than 12 hours of CME and a very reasonable registration fee!

Please take a look at our chapter Facebook page, South Carolina Chapter of the American College of Physicians. Forward any information you would like shared there to me and will get it posted.

It was a wonderful meeting in Boston with the usual excellent smorgasbord of workshops, lectures, and hands-on events. This was the most well-attended session with more than 8,000 attendees. Dr. Steve Weinberger, Executive Vice President and CEO, presented the ACP priorities for 2015-2016 under the leadership of Dr. Wayne Riley, our new ACP president:

Below are last year's priorities for your perusal:

We proudly congratulate ten South Carolina physicians for their election to Fellowship:

Fellowship is an honor achieved by those recognized by their peers for personal integrity, superior competence in internal medicine, professional accomplishment, and demonstrated scholarship.

Drs. Griffin, Medina, and Youmans attended the Convocation Ceremony in Boston as did our Centennial Legacy Awardee, Dr. Charles Bryan. It was a wonderful celebration of achievement! 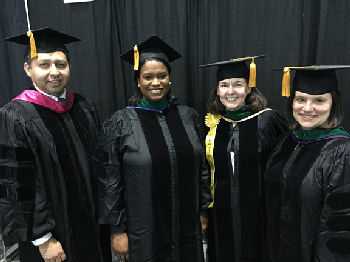 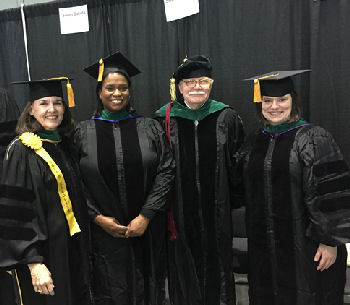 SC ACP welcomes all new Members! We look forward to meeting you and we extend an invitation to join us at our Chapter meeting in October 30-November 1, 2015 in Charleston:

Kizer Crum, a third year medical student at the USC School of Medicine-Greenville and member of the national Council of Student Members, joined me in Washington for Leadership Day. We visited every office of our South Carolina members of Congress to share the priorities of ACP with them. Kizer is an articulate spokesperson for our College and for our future physicians. 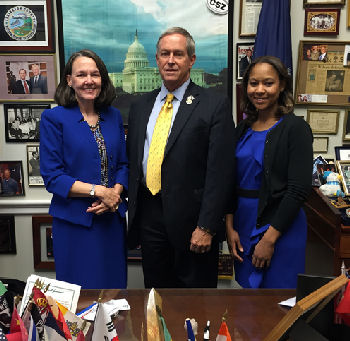 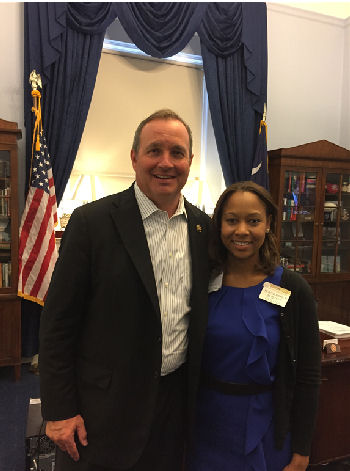 Please enroll with Advocates for Internal Medicine Network if you haven't done so already. Through this enrollment, we are contacted for advocacy issues that typically require less than two minutes to respond.

Recent publications from the American College of Physicians:

Firearm-Related Injury and Death in the United States: A Call to Action

Deaths and injuries related to firearms constitute a major public health problem in the United States. In response to firearm violence and other firearm-related injuries and deaths, an interdisciplinary, interprofessional group of leaders of 8 national health professional organizations and the American Bar Association, representing the official policy positions of their organizations, advocate a series of measures aimed at reducing the health and public health consequences of firearms. The specific recommendations include universal background checks of gun purchasers, elimination of physician "gag laws," restricting the manufacture and sale of military-style assault weapons and large-capacity magazines for civilian use, and research to support strategies for reducing firearm-related injuries and deaths. The health professional organizations also advocate for improved access to mental health services and avoidance of stigmatization of persons with mental and substance use disorders through blanket reporting laws. The American Bar Association, acting through its Standing Committee on Gun Violence, confirms that none of these recommendations conflict with the Second Amendment or previous rulings of the U.S. Supreme Court.

"The American College of Physicians is pleased to see that the number of internal medicine positions offered in 2015 increased to 6,770, or about one in four of the available residencies," said Patrick Alguire, MD, FACP, ACP's senior vice president for medical education. "ACP remains concerned, however, that the financial burden on medical students from the cost of medical education, along with problematic payment models and administrative hassles for physicians, are barriers to general internal medicine and primary care careers, which are the heart of a high performing, accessible, and high quality health care system."

Background: Cardiac screening in adults with resting or stress electrocardiography, stress echocardiography, or myocardial perfusion imaging can reveal findings associated with increased risk for coronary heart disease events, but inappropriate cardiac testing of low-risk adults has been identified as an important area of overuse by several professional societies.

Methods: Narrative review based on published systematic reviews; guidelines; and articles on the yield, benefits, and harms of cardiac screening in low-risk adults.

Results: Cardiac screening has not been shown to improve patient outcomes. It is also associated with potential harms due to false-positive results because they can lead to subsequent, potentially unnecessary tests and procedures. Cardiac screening is likely to be particularly inefficient in adults at low risk for coronary heart disease given the low prevalence and predictive values of testing in this population and the low likelihood that positive findings will affect treatment decisions. In this patient population, clinicians should focus on strategies for mitigating cardiovascular risk by treating modifiable risk factors (such as smoking, diabetes, hypertension, hyperlipidemia, and overweight) and encouraging healthy levels of exercise.

In a companion piece also published in Annals, ACP outlined a framework for thinking about the value of varying intensities of cancer screening.