Please join us as we honor our 2018 Laureate Award Recipients:

Diane Siedlecki, MD, FACP - The Irving Addison Beck Laureate Award is an American College of Physicians-authorized award that recognizes a physician who is a senior College member [usually at the Fellow or Master level], enjoys broad peer approval, excels in the specialty of internal medicine, and has given distinguished service to the Chapter and the Rhode Island Community. The recipient epitomizes the attributes of the award's namesake, Dr. Irving Beck. Awarded annually.

Brain Ott, MD, FACP - The Milton Hamolsky Lifetime Achievement Award is an American College of Physicians-authorized award that recognizes a physician in practice who is a senior College member [usually at the Fellow or Master level], and has demonstrated academic, clinical, research and administrative excellence. The recipient epitomizes the attributes of the award's namesake, Dr. Milton Hamolsky. Awarded annually.

Thomas Bledsoe, MD, FACP - Governor's Award. This Rhode Island Chapter, American College of Physicians award is presented ad lib in recognition of significant contributions to the field of medicine, and for distinguished service to the Chapter and the Rhode Island Community.

Topics this year will include:

Come to learn, meet up with colleagues and share ideas.

Here are some photos from last year's meeting: 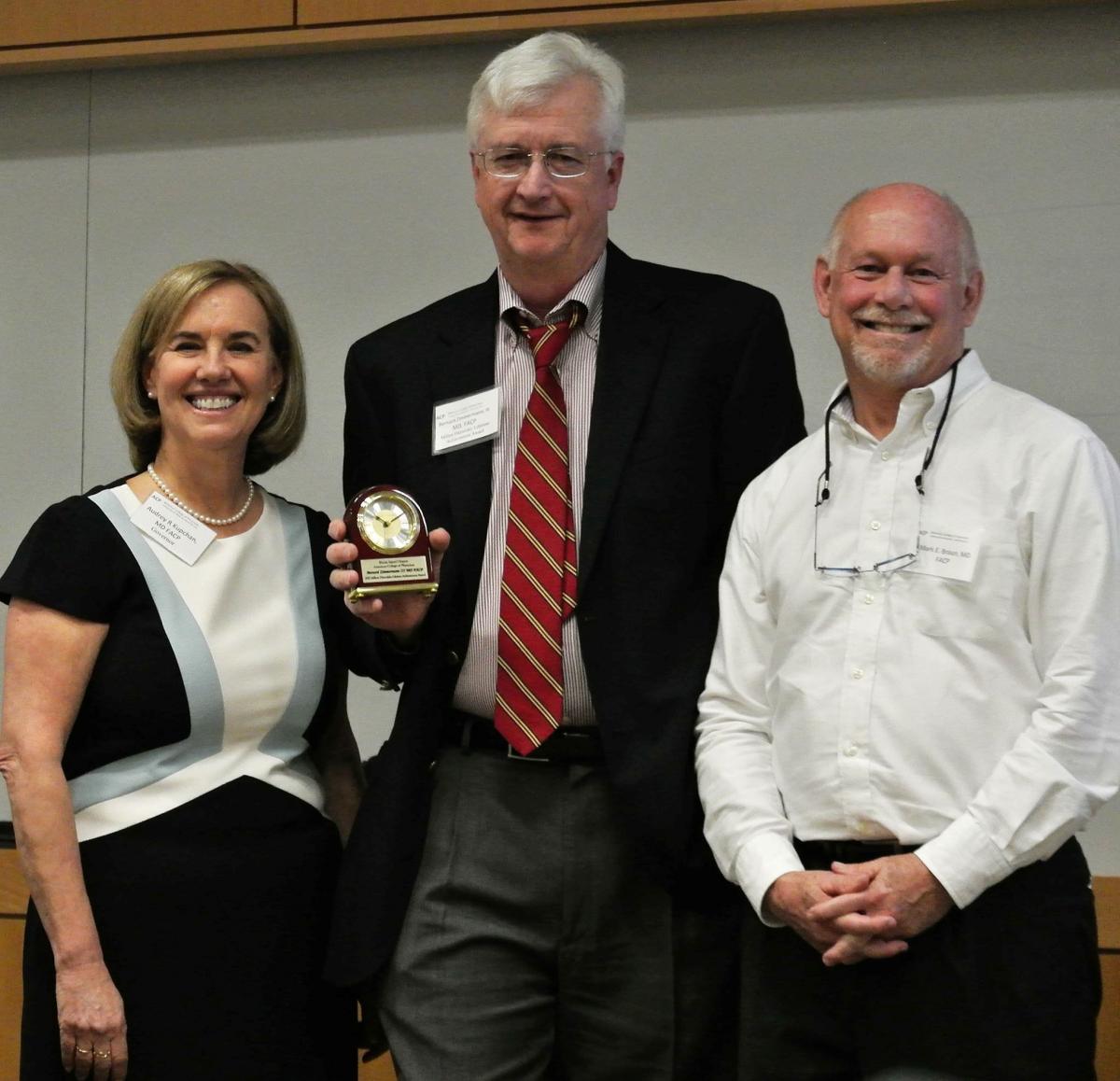 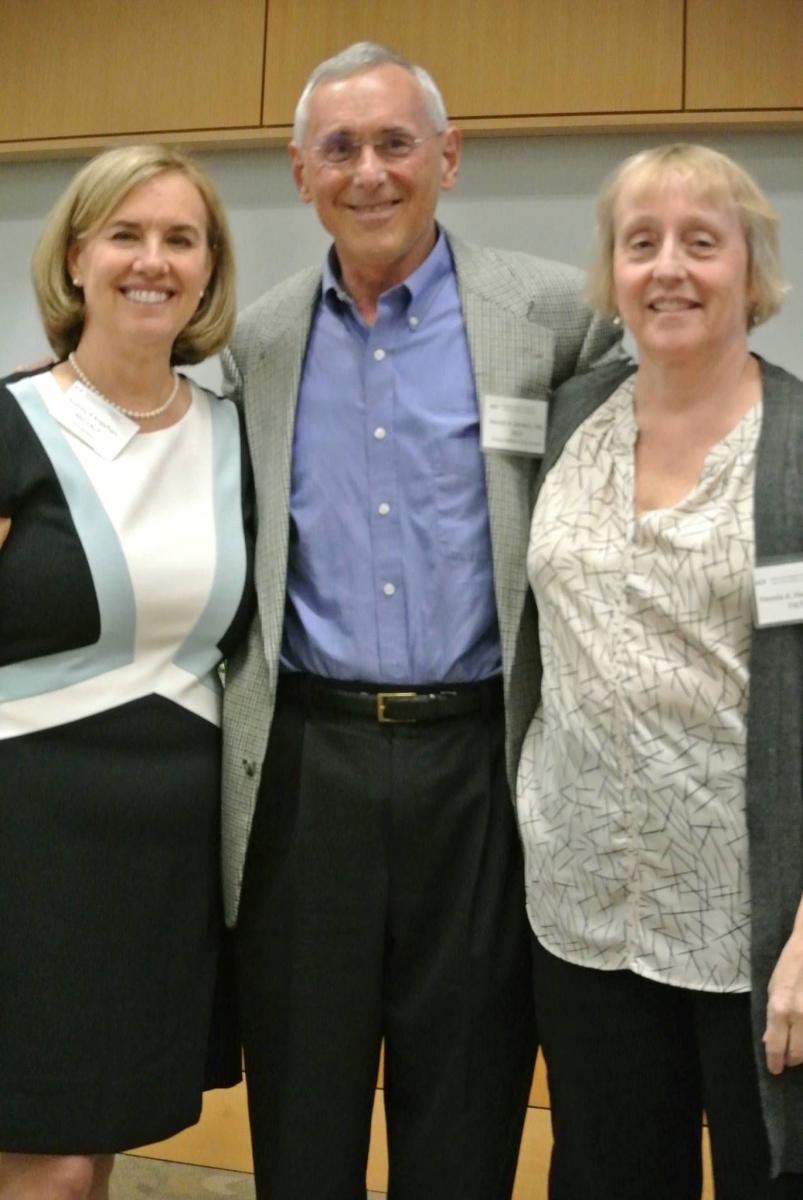 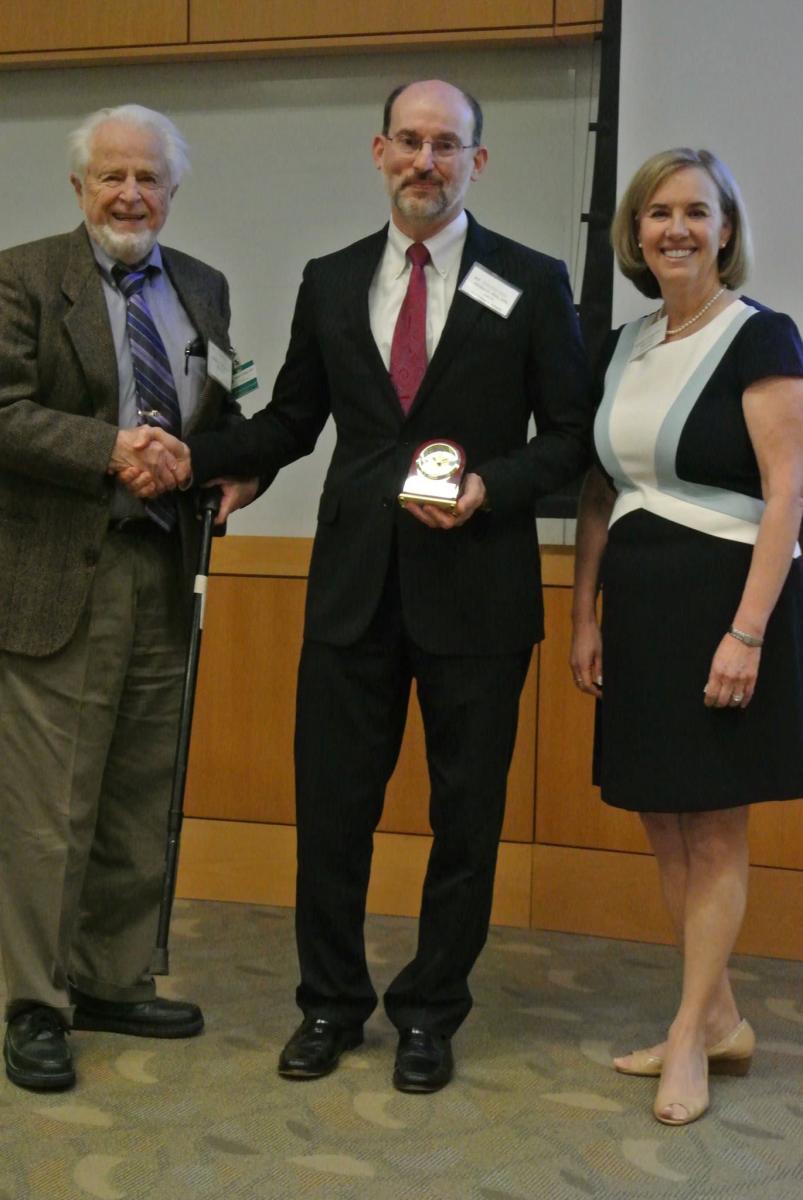 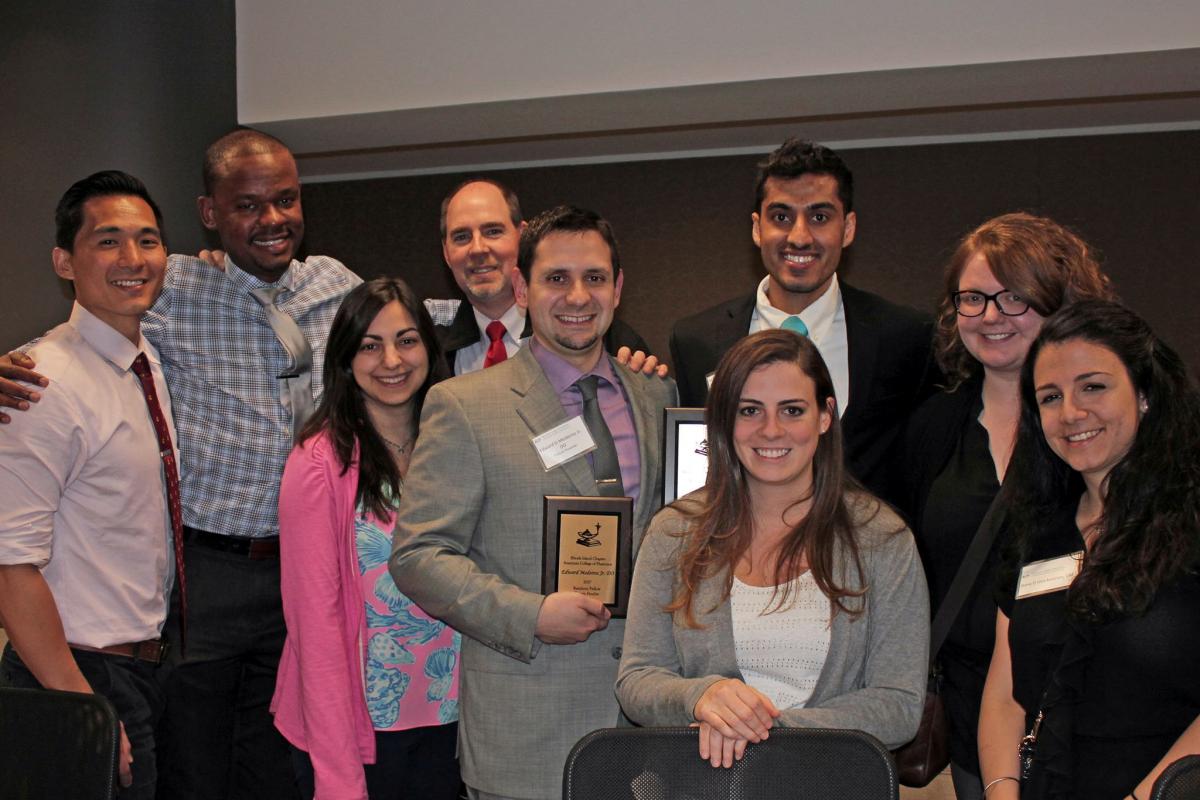 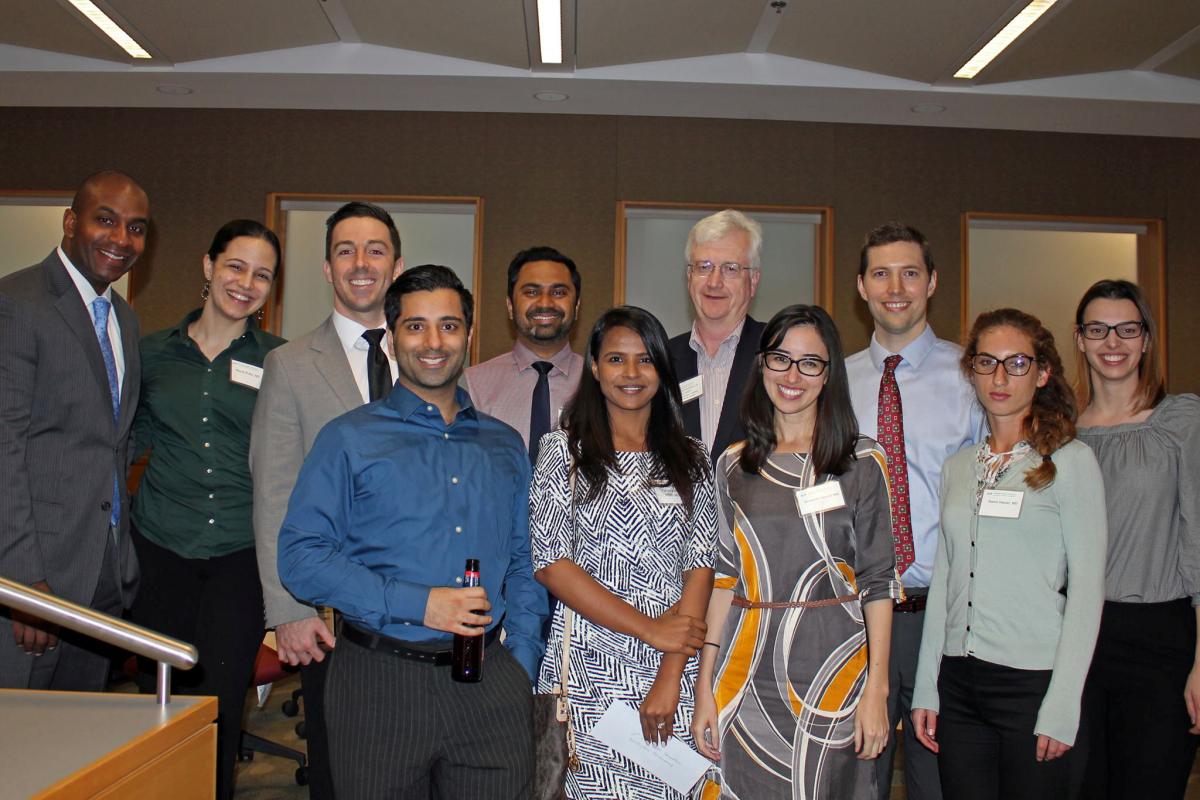 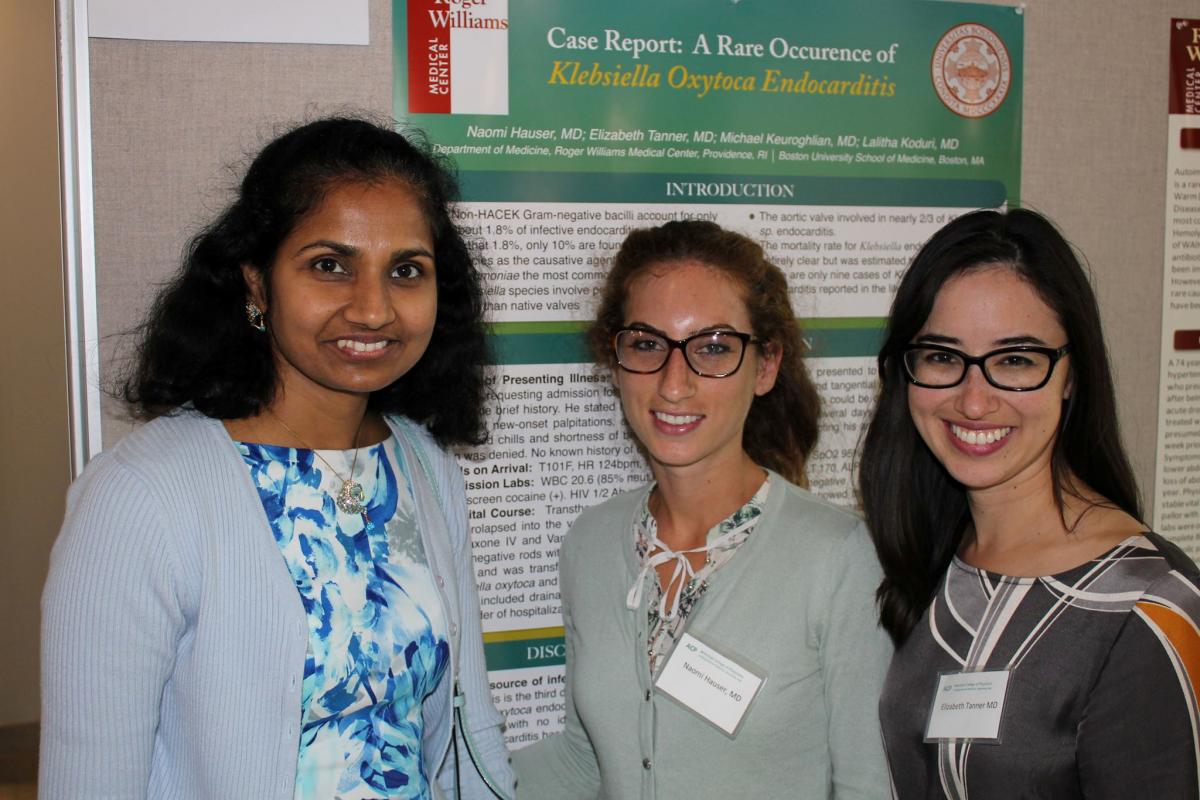 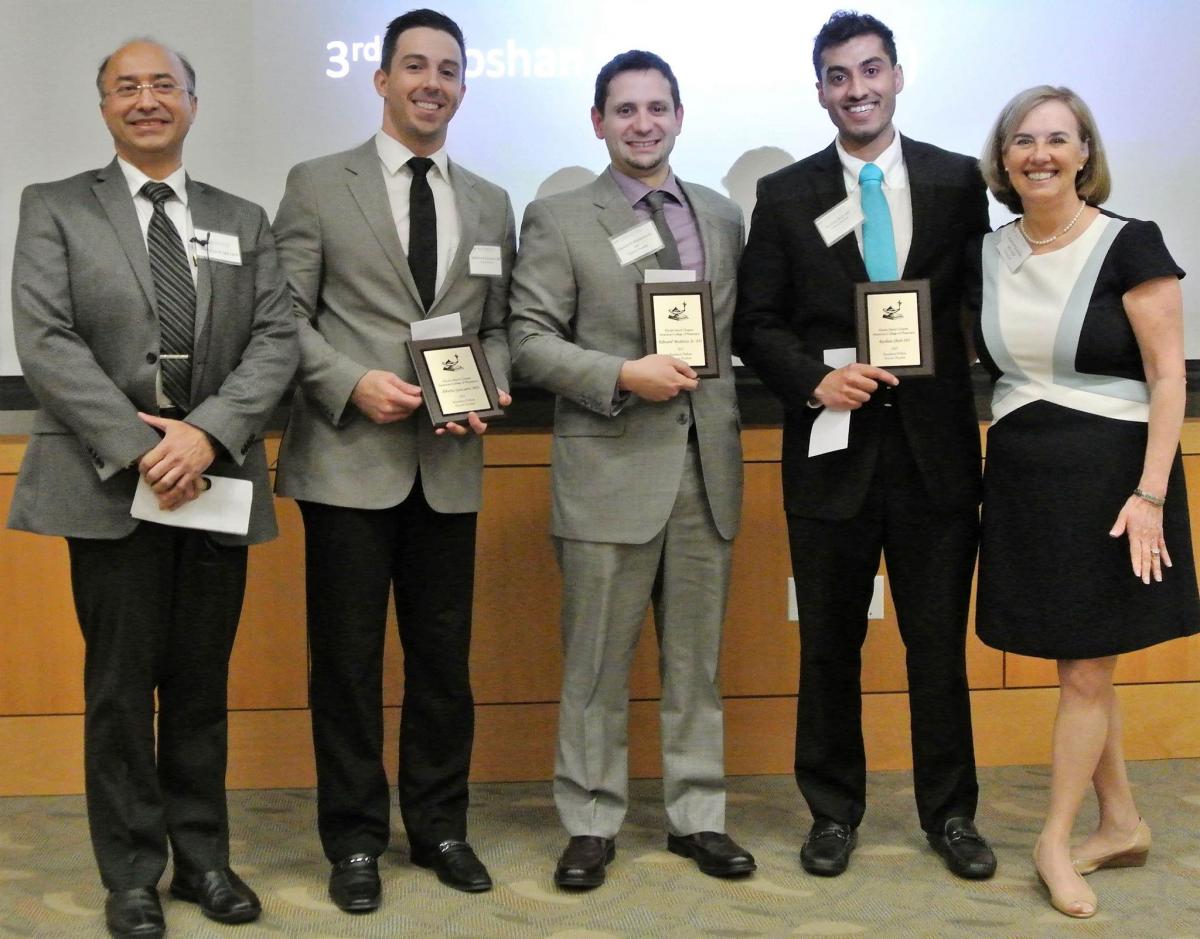 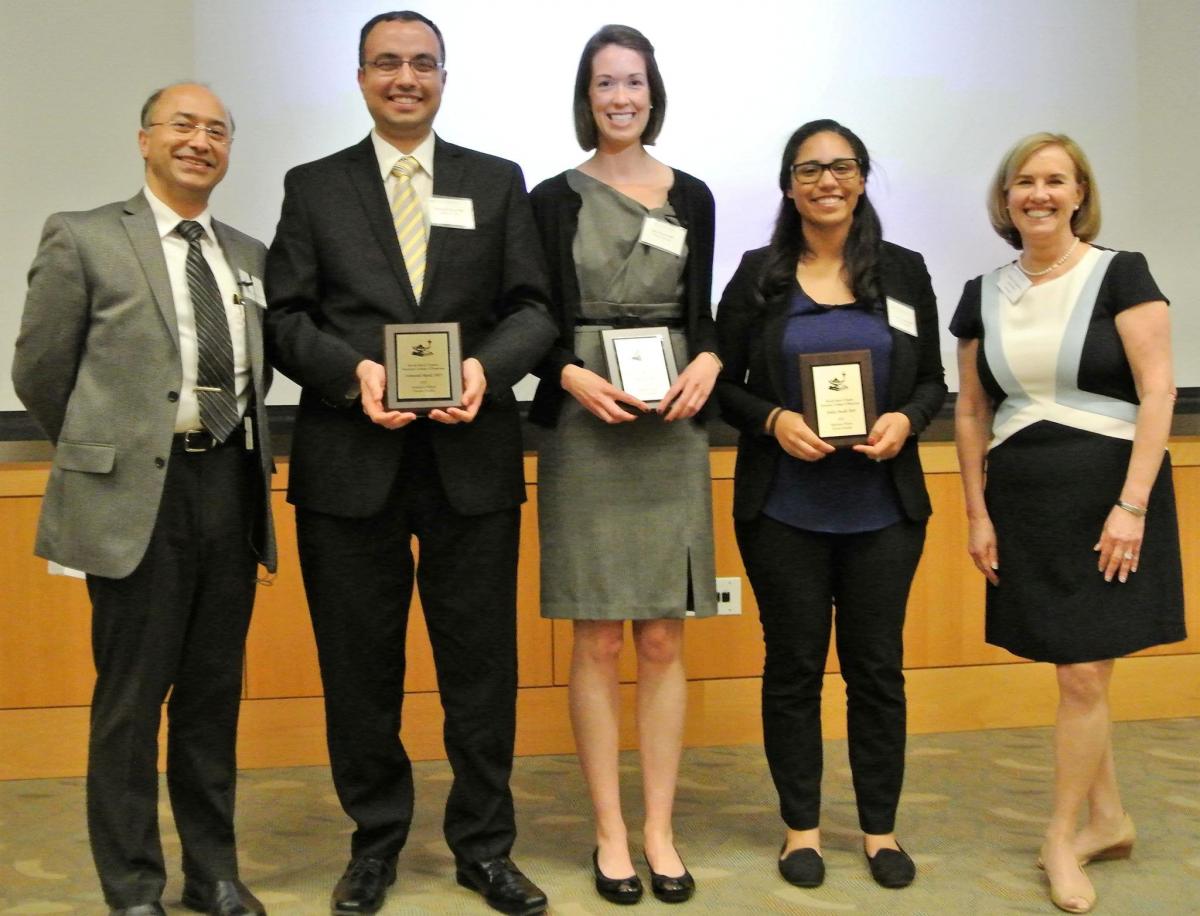 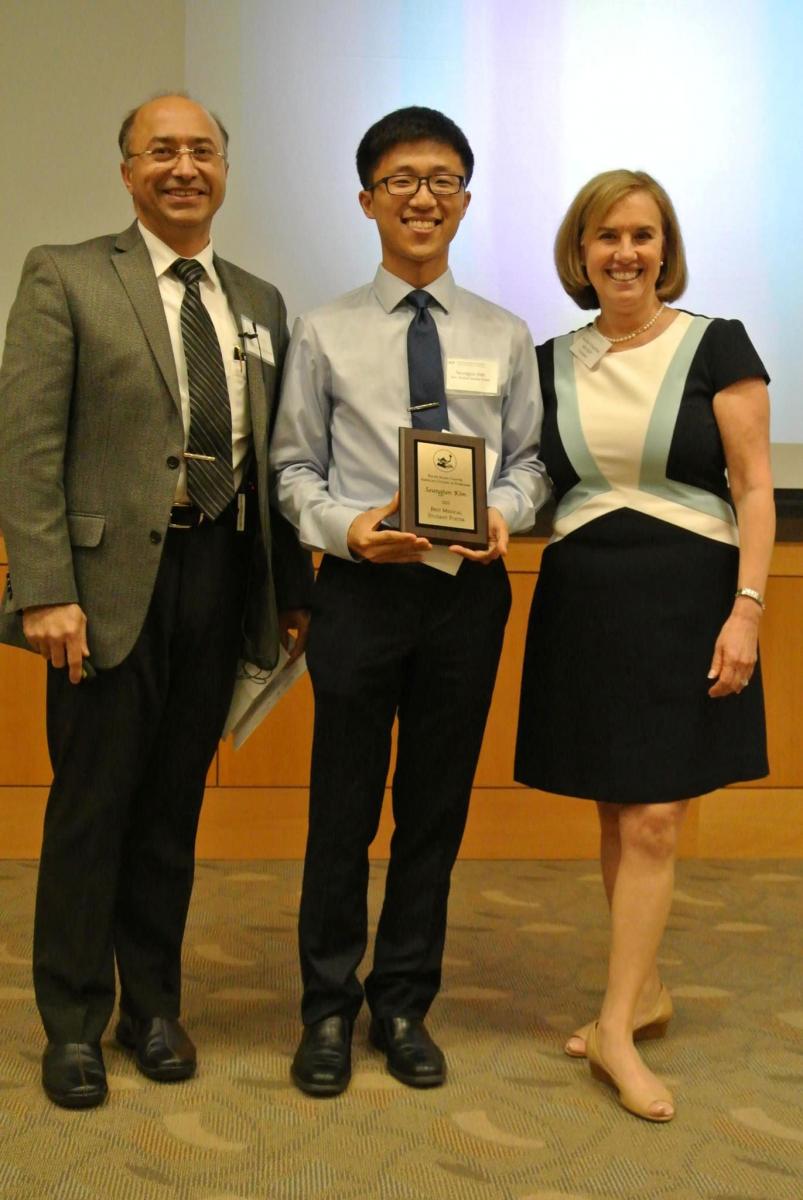 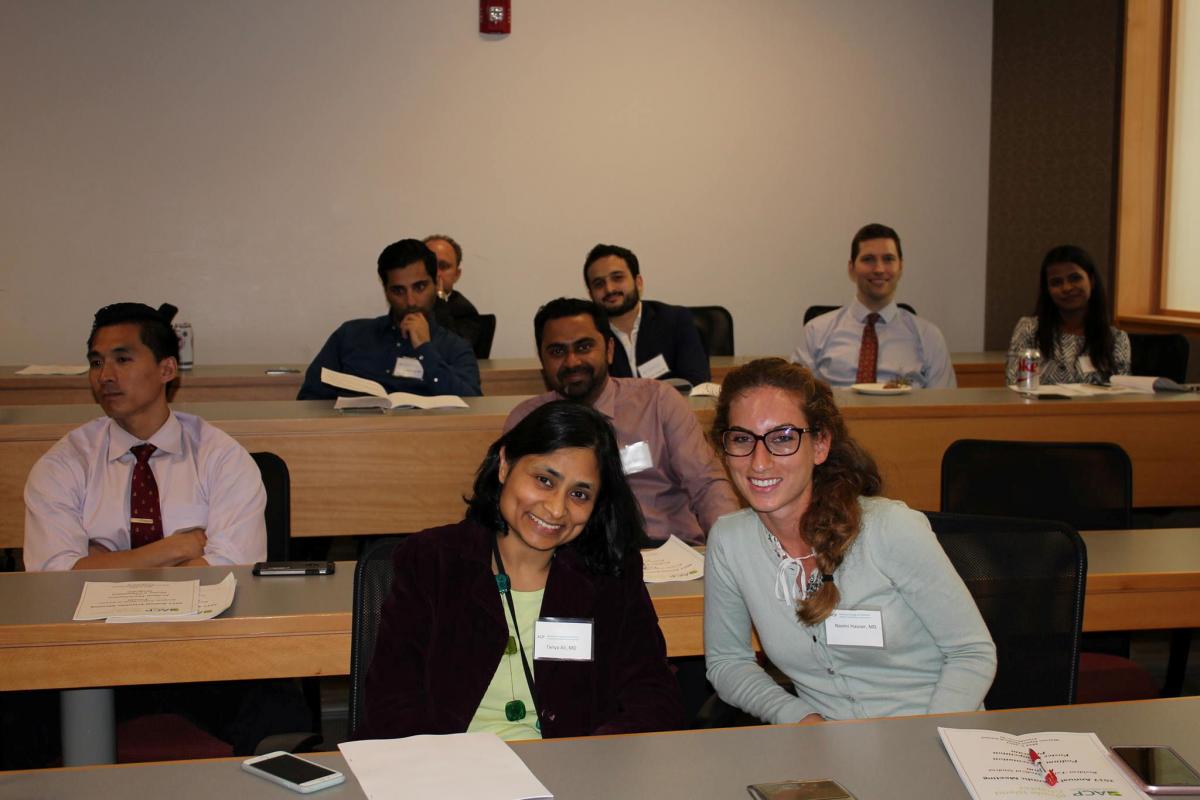 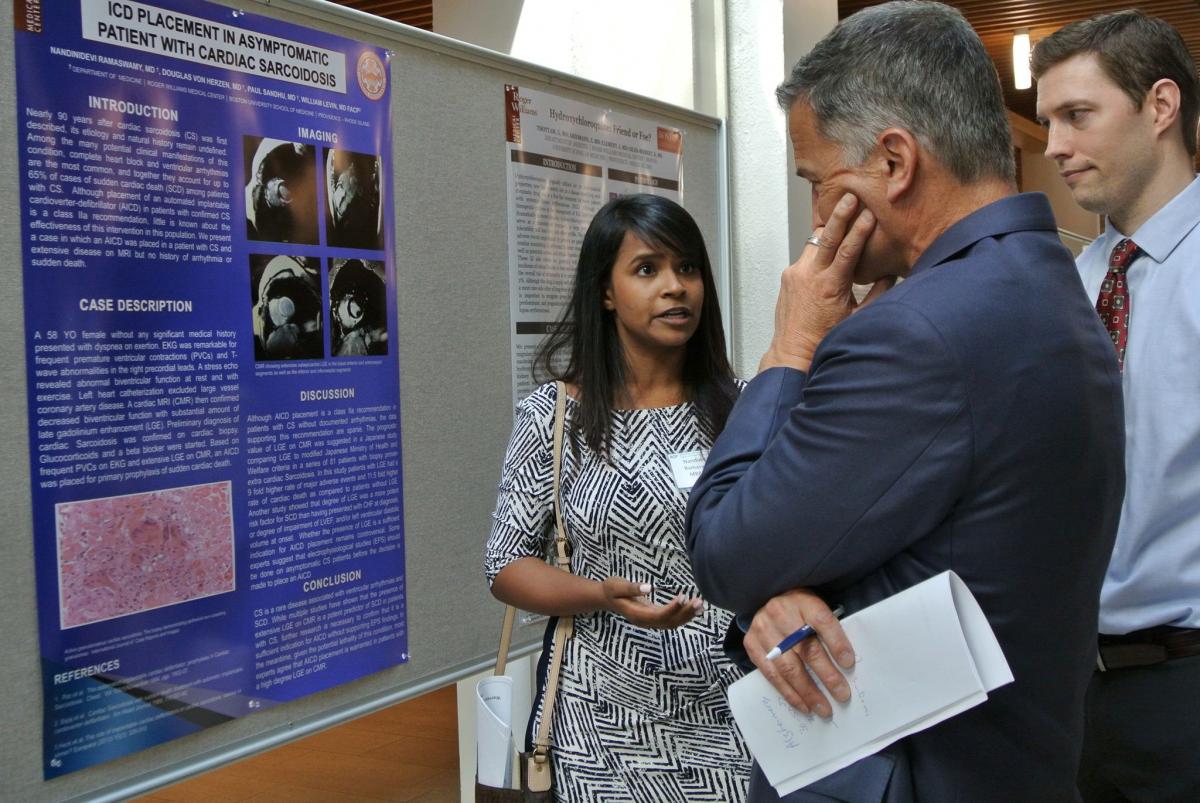 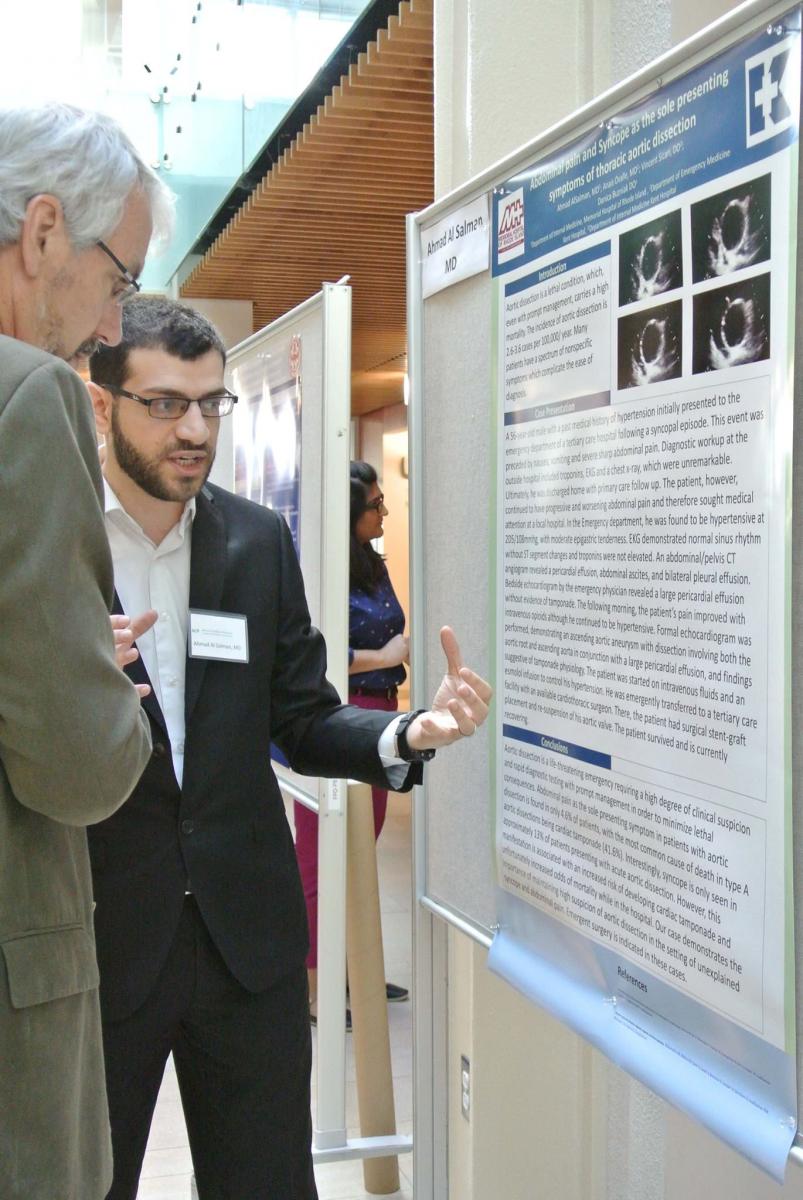 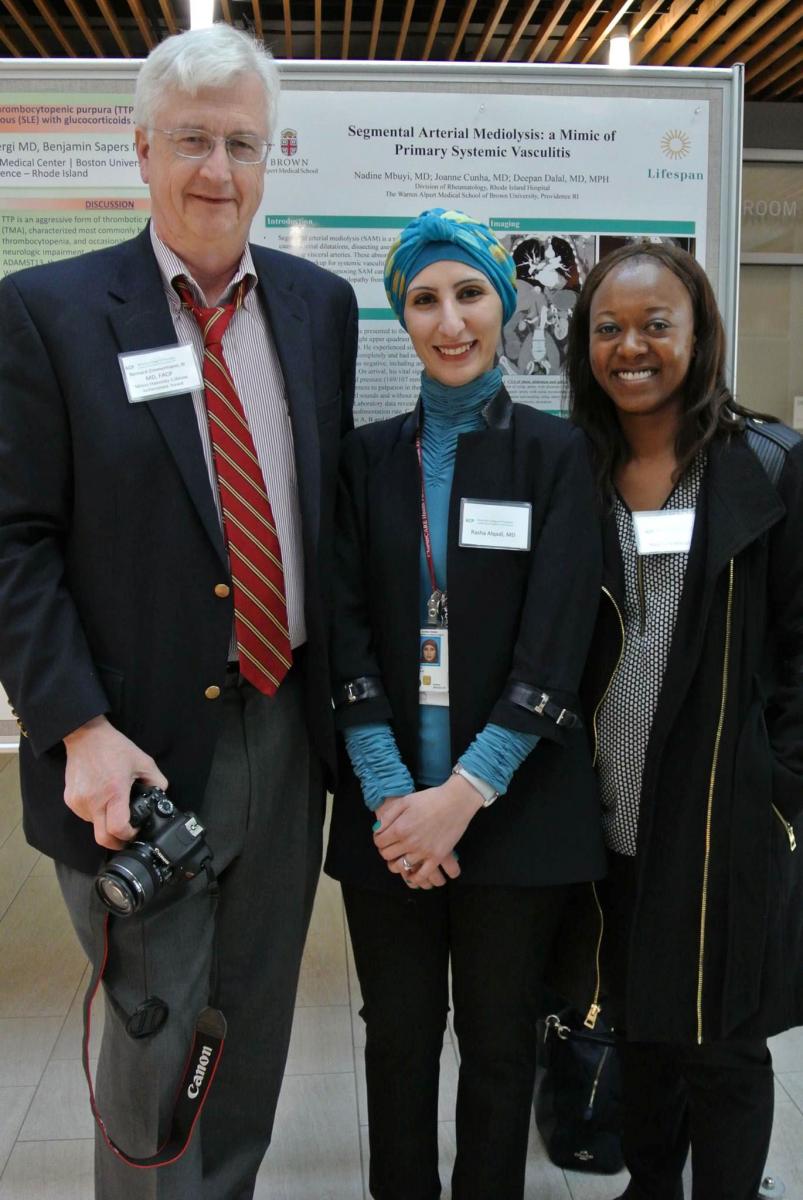 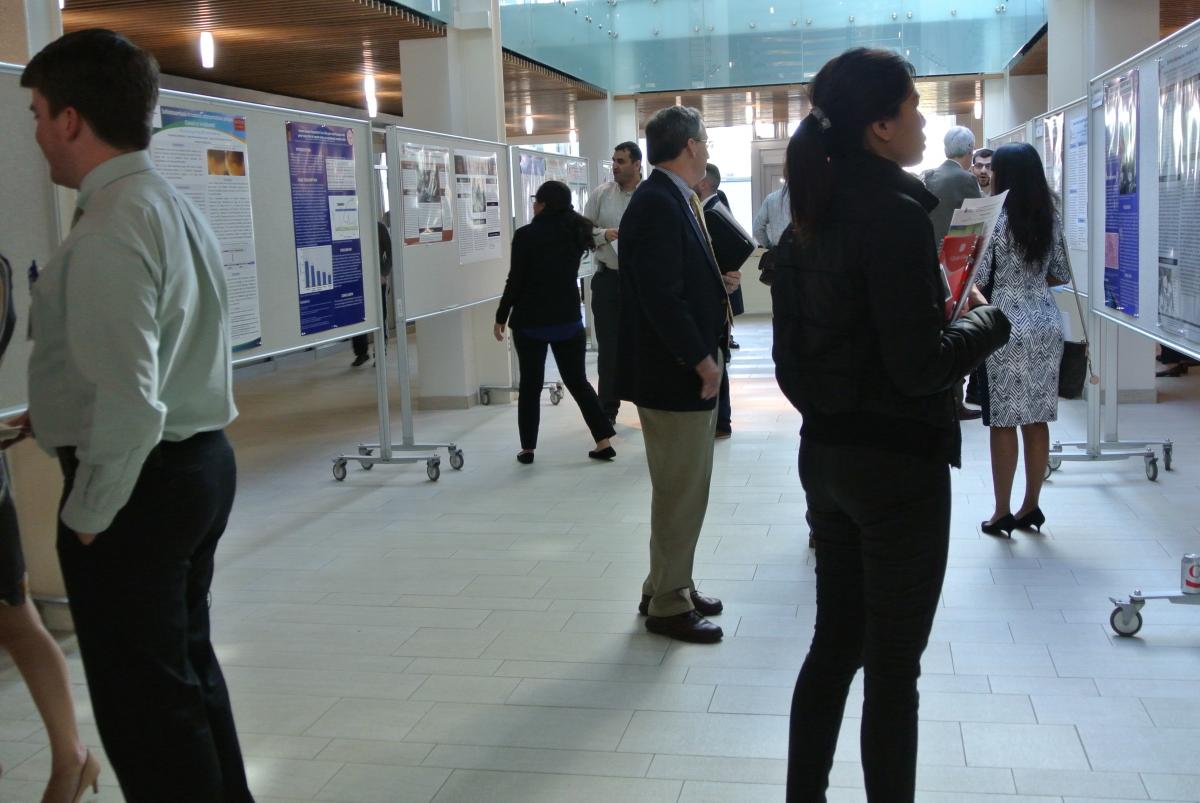 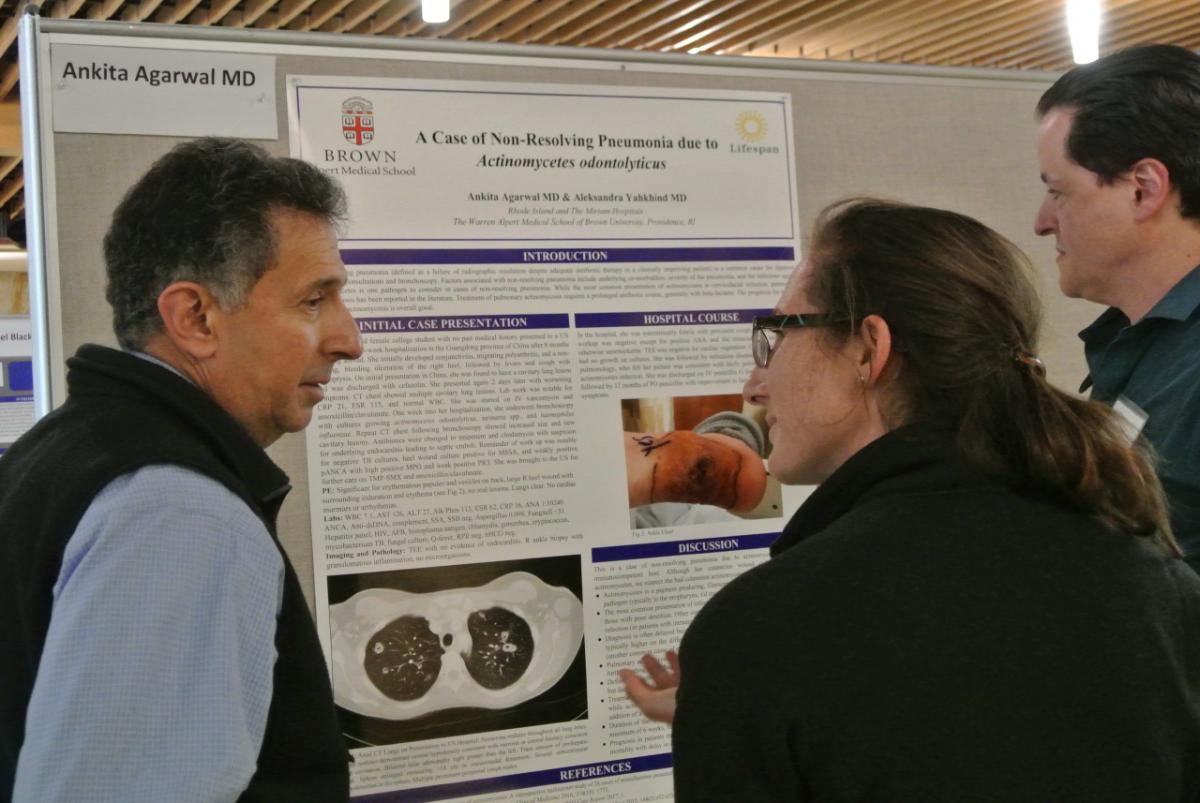 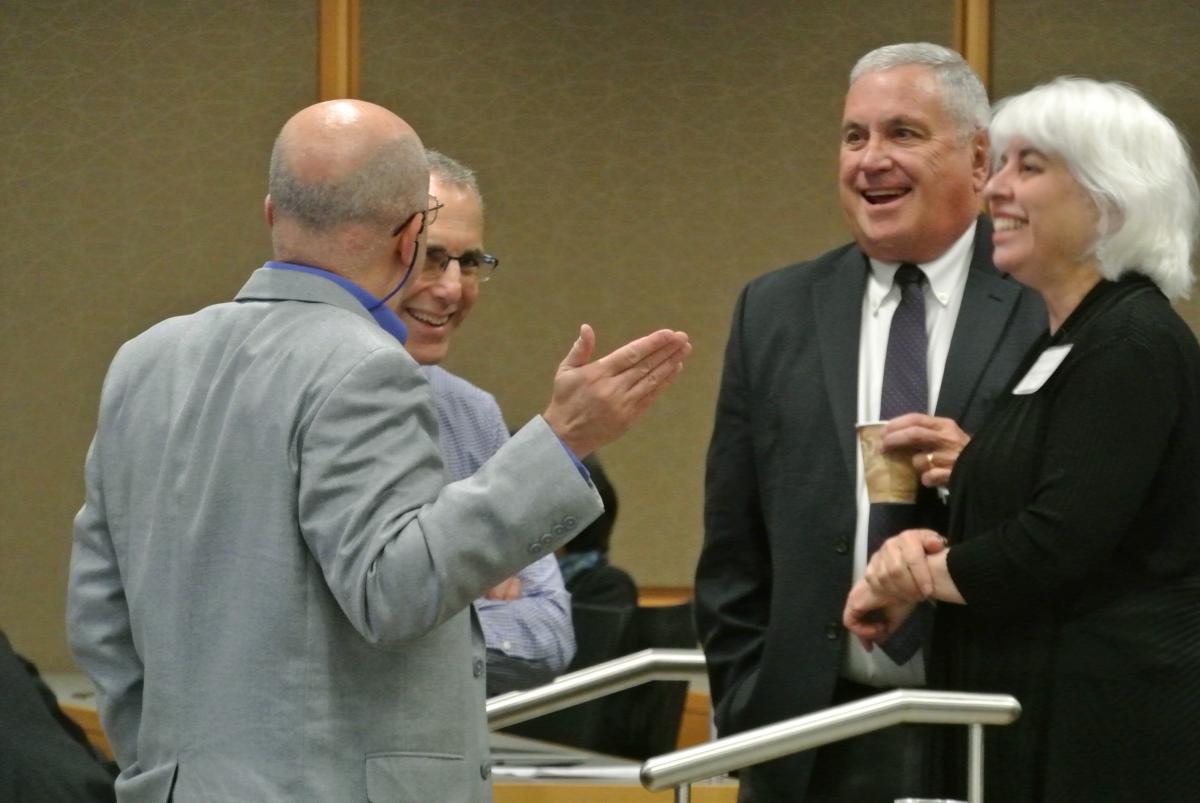 The winning team from Roger Williams Medical Center will represent RI and compete at the National IM Meeting in New Orleans, April 19-21, 2018. 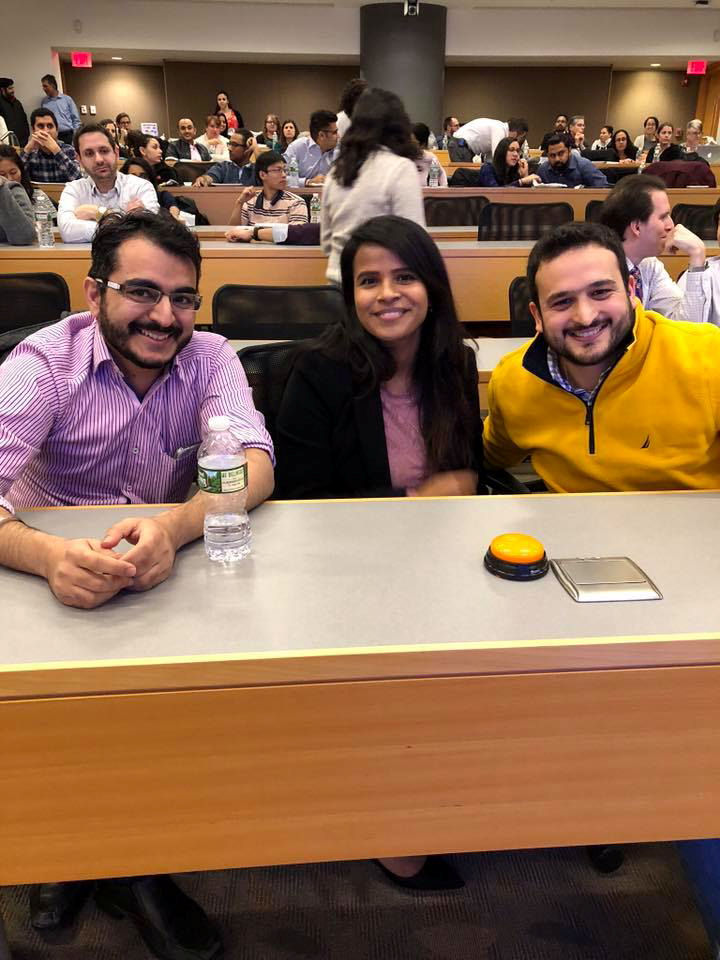 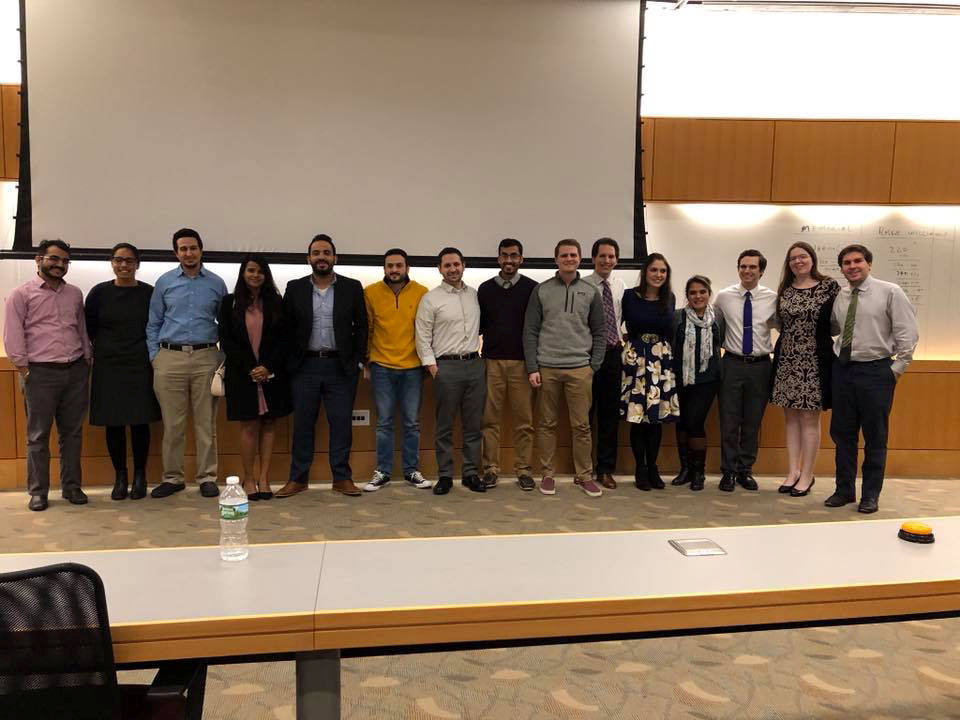 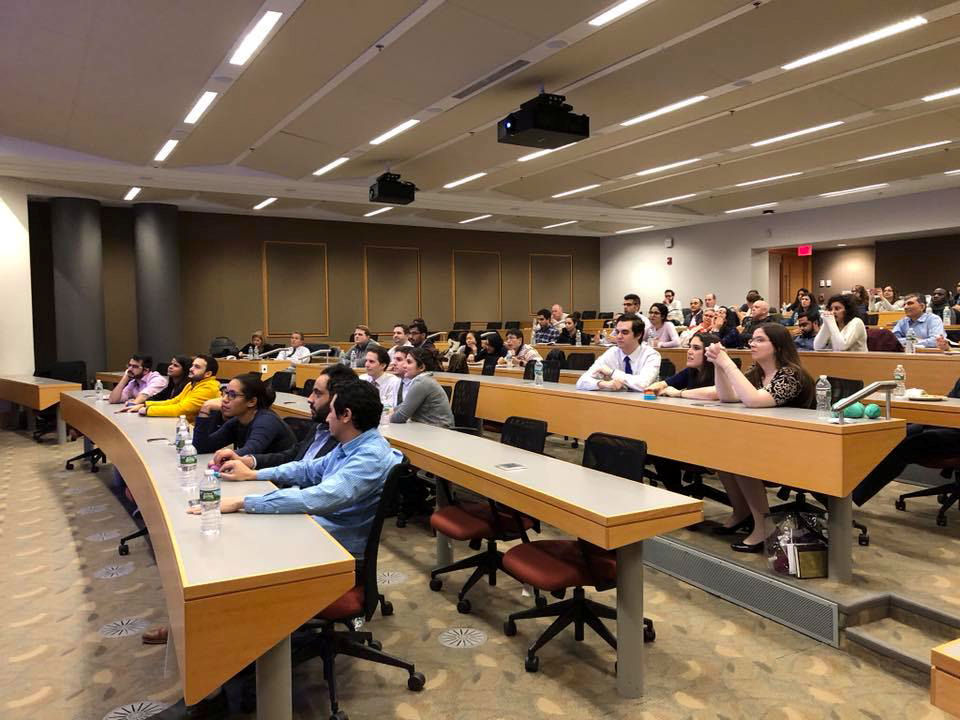 RI Resolution for the Board of Governor's Meeting April 2018: Recognizing Health Care as a Human Right

The RI Governor's Advisory Council has unanimously agreed to submit a Resolution for the Spring 2018 Board of Governor's Meeting in New Orleans, April, 2018. This is being co-sponsored by the MA and NY chapters, and possibly others. If approved, it would then be considered to become ACP policy.

WHEREAS, there is strong evidence that lack of access to health care results in poorer health and earlier death; and

WHEREAS, College policy advocates for the provision of “universal health insurance coverage to ensure that all people within the United States have equitable access to appropriate health care without unreasonable financial barriers” (ACP Policy Compendium 2017, p. 71); and

WHEREAS, while ACP policy states that “[H]ealth and human rights are interrelated,” the College does not have policy recognizing access to care as a human right, as opposed to a privilege (ACP Policy Compendium, p. 223); and

WHEREAS, the World Health Organization and many nations recognize medical care as a human right, while the United States does not; and

WHEREAS, recognizing medical care as a human right would strengthen efforts to achieve universal coverage; therefore be it

RESOLVED, that the Board of Regents recognize that equitable access to appropriate health care is a fundamental human right; and be it further

RESOLVED, that the Board of Regents advocate for legislative and/or constitutional recognition of equitable access to appropriate health care as a fundamental human right.

A panel of Early Career Physicians was held for 1st and 2nd year medical students at The Warren Alpert Medical School on Nov. 28. The panelists shared their personal stories about their paths in Medicine, followed by a robust question and answer session. The panel included: 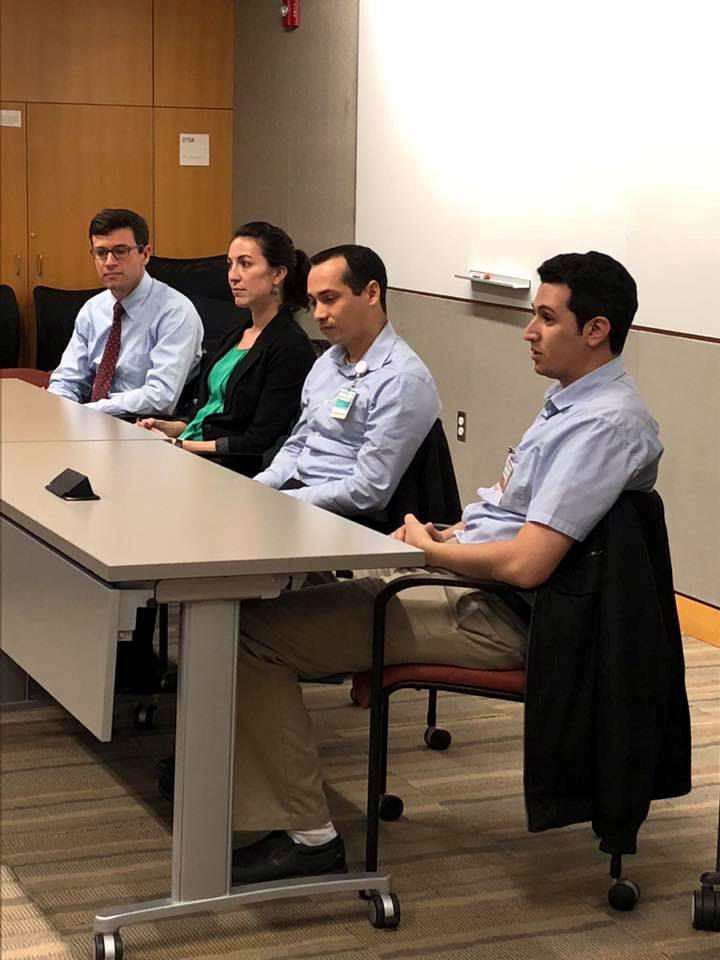 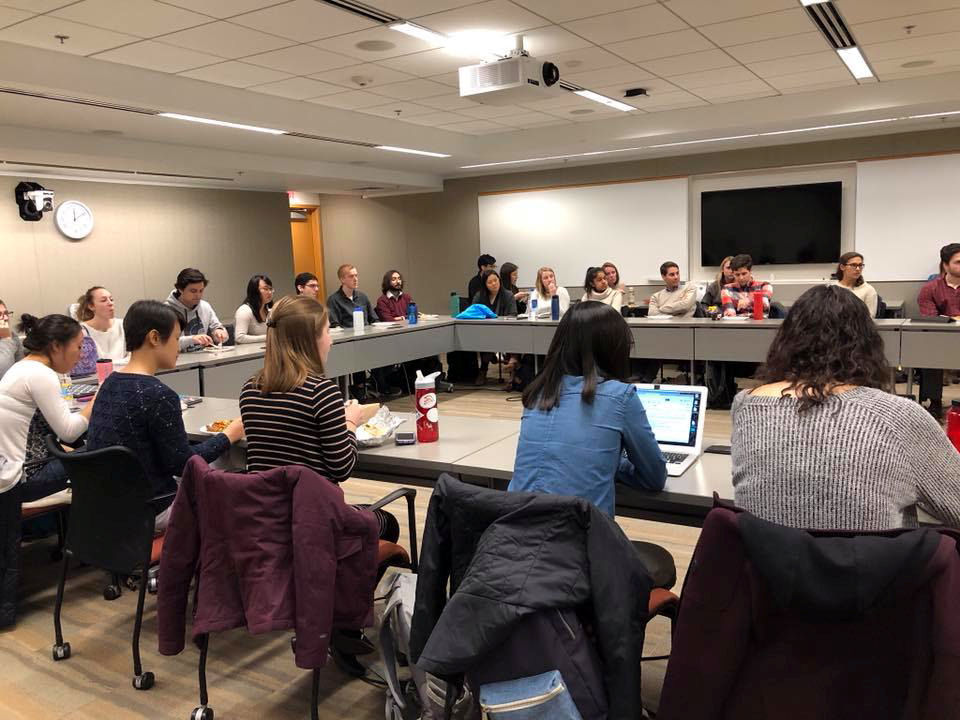 The ACP Washington, DC office has been extraordinarily busy for the past year. Updates on “where we stand”, policies and activities can be found on the home page of acponline.org. To actively advocate for the interests of internal medicine, sign up for the Advocate for Internal Medicine Network. The AIMn program is for ACP members interested in participating in federal advocacy. It is designed to help members engage with their federal lawmakers on policy issues important to internal medicine.

Read the recent combined statement on the subject of the CDC and other public health agencies being asked to discontinue the use of certain terminology.

Here are a few pictures from Leadership Day 2016. Our RI delegation had successful meetings with our RI legislators on Capitol Hill. 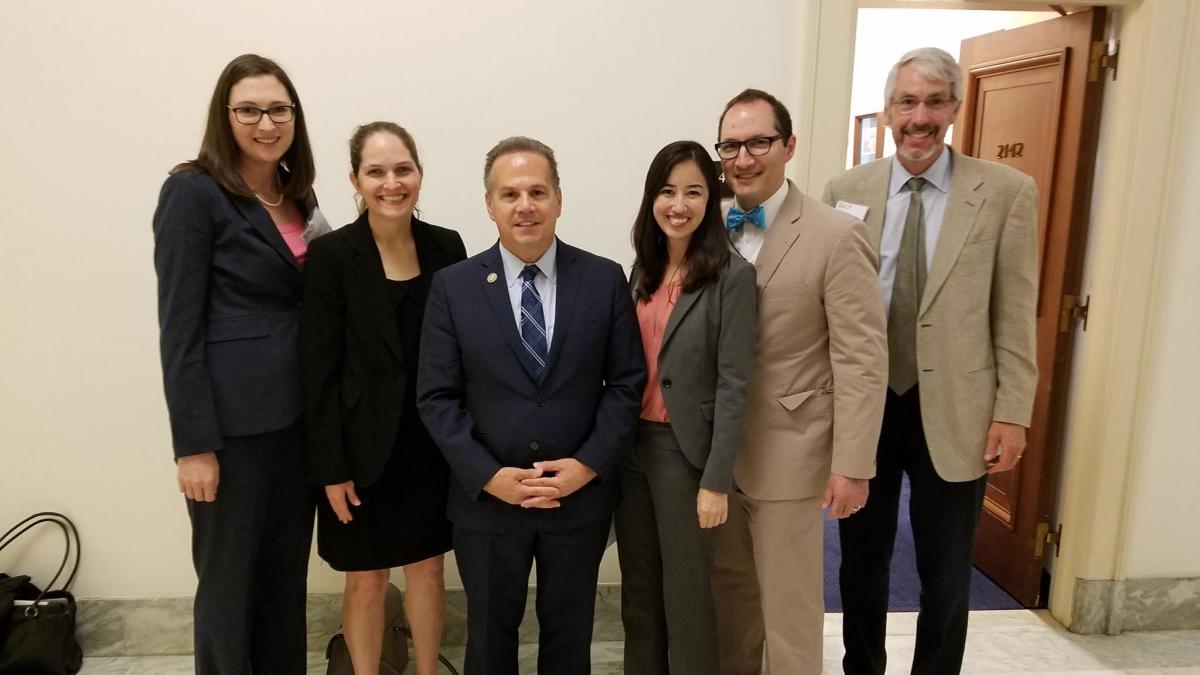 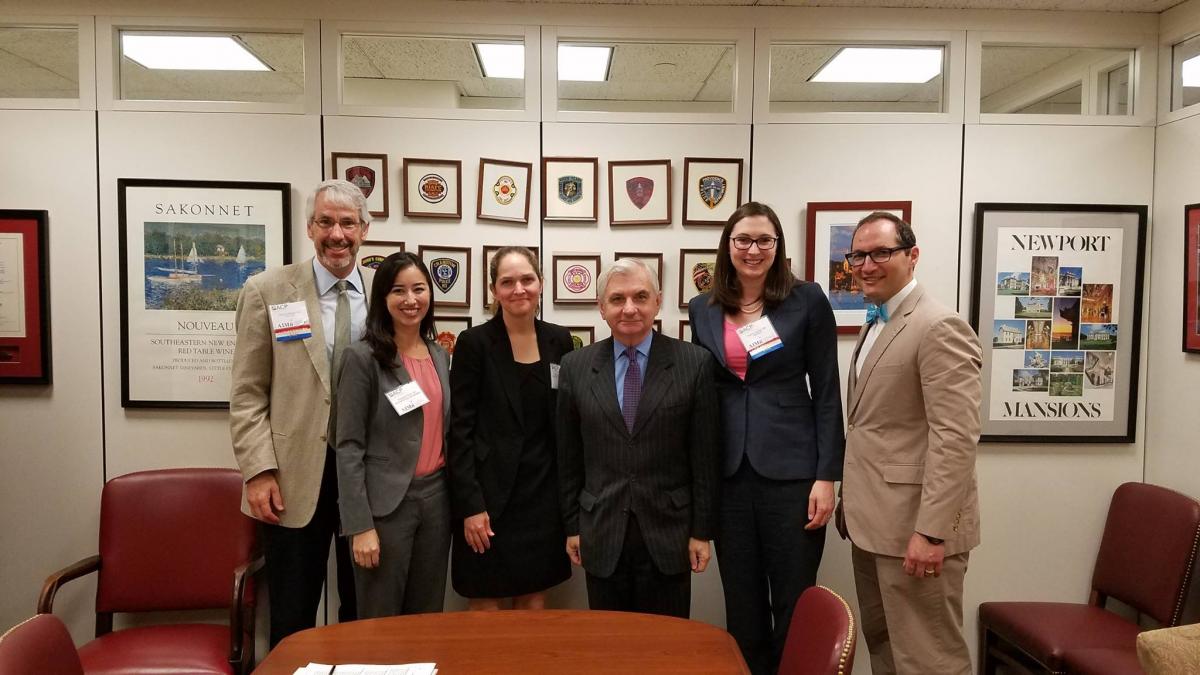 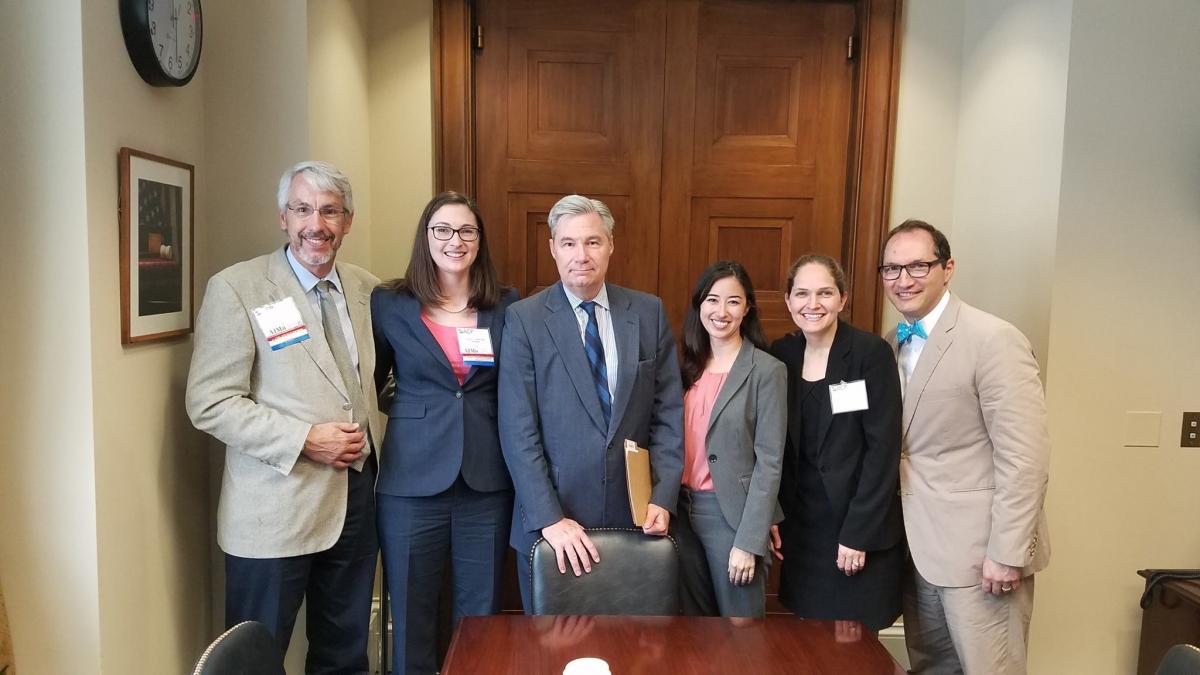 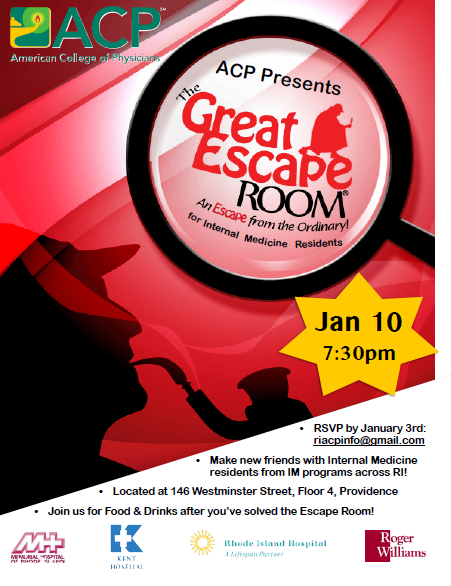 The Rhode Island Chapter received the 2017 Chapter Excellence Award. The award recognizes chapters that successfully meet the standards for managing a chapter.

Looking forward to seeing you at the RI Annual Meeting in March! 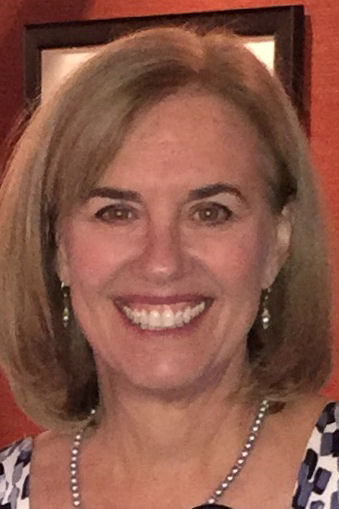