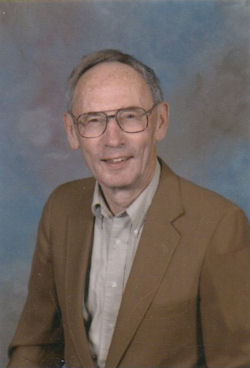 The Montana Chapter is proud to announce William A. Reynolds, MD, MACP as the Centennial Legacy Award recipient. Dr. Reynolds exemplifies ACP's core values with his work with friends and colleagues in the chapter and at a national level.

Dr. Reynolds was called to active duty in the Medical Corps of the US Air Force in January 1959 till June 1961 serving at the Nouasseur Air Base Hospital in Morocco as General Internist, with rank of Captain. After completing his Internal Medicine Fellowship at the May Clinic, Dr. Reynolds moved to Missoula, Montana where he practiced General Internal Medicine and Endocrinology at the Western Montana Clinic and St. Patrick Hospital in from 1963 until retirement from full time practice in January 1994. He joined the teaching faculty of the University of Washington in 1974 and became Clinical Professor of Medicine in 1997. Dr. Reynolds participated in several clinical research programs and authored 18 medical publications.

Dr. Reynolds name is synonymous with the highest values of our profession and he is richly deserving of this award.