As Governor, Dr. Johnson serves as the official representative of the College for the Louisiana Chapter, providing a link between members at the local level and leadership at the national level. To learn more about the Governor, read her bio below. 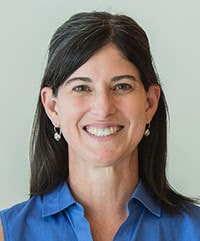 Areas of Professional Interest and Expertise:
Resident and Medical student education - development of curriculum, teaching methods, evaluation and feedback in both didactic and clinical settings (inpatient and outpatient). Primary care clinic leadership in developing/growing new models of care, improving individual and population health, and improving patient education. Planning and leadership role through LSU School of Medicine in response to natural disasters for the state of Louisiana - participating in planning and leadership, as well as coordinating on-site medical care in state-sponsored Medical Special Needs Shelters for Louisiana Public Health Region 2 since 2005.