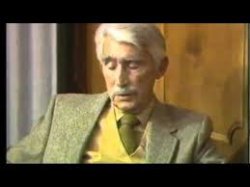 The Kansas Chapter of the American College of Physicians is pleased to nominate Mahlon H. Delp, MD, MACP for the Chapter Centennial Legacy Award.

The mission of the American College of Physicians is to foster excellence and professionalism in the practice of medicine. Mahlon H. Delp, MD met and exceeded that standard during his 46 years as faculty and clinical educator in the Department of Internal Medicine at the University of Kansas. During his career, he was Professor of Medicine, Chairman of the Department of Medicine, and Assistant Dean of Post Graduate Medicine. During World War ll, Dr. Delp was also Colonel and Chief of Medical Services for the 77th Evacuation Hospital. He was considered to be the most influential teacher at KU and was often referred to as the spirit of Kansas University Medical Center.

Dr. Delp was devoted to the patient and to the education of young students and doctors. He repeatedly stressed that the patient was the source of the physician's learning, the impetus for his study, and the primary object of his professional activities. In a letter supporting an important award for Dr. Delp, the Dean and Provost at the University of Kansas remarked that Dr. Delp was one of few chairmen of a major department of medicine who "spends five half days a week in the clinic teaching medical students". As Assistant Dean of Post Graduate Medicine, Dr. Delp developed a remarkable program for post graduate and continuing medical education, with conferences at one time attended by over 3,000 participants a year.