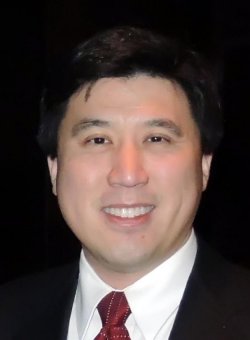 Dr. Michael Sha is an example of tireless dedication to the ACP. He has been involved continuously in the ACP since residency, having served as National Chair of the Council of Associates (now called Council of Residents/Fellows) and Council of Early Career Physicians. He has served numerous roles in the chapter, culminating in his service as Governor from 2008-12. He is also a recipient of the Indiana Chapter Laureate Award.

His involvement has been essential to the continued financial/operational viability of the Indiana Chapter. His attention to detail regarding financial investments while serving as Treasurer and Governor has placed the chapter in an enviable financial position going forward. He was also instrumental in hiring our current Executive Director, which has improved operational functioning.

While the list is long of physicians who have given to the Indiana Chapter, Dr. Sha stands out as exemplifying ACP's core values of leadership, excellence, respect, compassion, professionalism, and responsibility.