Southern California Region II Chapter Governor, Alpesh N. Amin, MD, MBA, MACP, started his four-year term as Governor in the Spring of 2016. As Governor, Dr. Amin will serve as the official representative of the College for the Southern California Region II Chapter, providing a link between members at the local level and leadership at the national level.  Read his bio below to learn more about Dr. Amin. 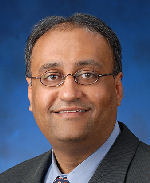